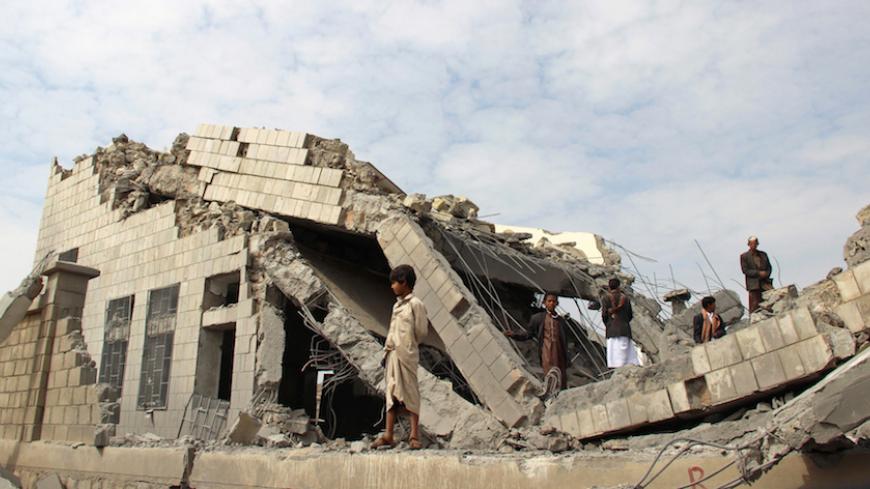 People stand on the rubble of a school destroyed by a Saudi-led airstrike in the outskirts of the northwestern city of Saada, Yemen, Sept. 14, 2016. - REUTERS/Naif Rahma

A bipartisan group of senators seeking to block US weapons sales to Saudi Arabia’s war in Yemen are trying to disarm critics by arguing that their effort won’t benefit Iran.

The four lawmakers and their allies in the human rights community insist that the Saudi-led campaign is a civil war, not a proxy war. The Senate is expected to vote on their measure to block a proposed $1.15 billion sale of tanks and other weapons on Sept. 21.

“We’ve got to do a better job of educating members that this is not a simple proxy war” between Riyadh and Tehran, resolution sponsor Chris Murphy, D-Conn., said in a conference call with reporters Monday morning. While there are “connections” between the Houthis and Tehran, he said, “It certainly doesn’t resemble a command-and-control relationship like some would have you believe.”

“But even for those members who think this is a proxy war, we need to force them to ask a question as to what our priority in the region should be,” Murphy added. “Is our priority to back Saudi [Arabia] in every single perceived proxy war with the Iranians? Or is our priority to defeat extremism, including al-Qaeda and [the Islamic State]?”

Murphy reiterated the point during an appearance Monday afternoon at the Center for the National Interest think tank.

“The first thing to say is this is not a proxy war inside Yemen,” he said. ”To simply view this as a clean, clear fight between the Saudis and the Iranians misunderstands the nature of this conflict.”

“Unbeknownst to many Americans, their military has been engaged in the civil war in Yemen throughout this year with very little oversight or authorization from their representatives in Congress,” Lee said.

The vote comes amid growing criticism that Riyadh has been ignoring US admonishments to avoid civilian casualties. More than 6,600 people, mostly civilians, have been killed since the Saudi intervention to restore ousted President Abed Rabbo Mansour Hadi to power began in March 2015, according to the United Nations.

Riyadh has long argued that its intervention is aimed to restore the internationally backed president to power and to keep Iran from sowing instability in its back yard. The Barack Obama administration initially gave its blessing to the operation as it sought to assuage Saudi concerns about its nuclear negotiations with Iran, but it has grown more critical as the civilian death toll has increased.

Congress was initially largely receptive to concerns about Iranian malfeasance.

“Iran feels emboldened in Yemen because of the leverage it has gained over the administration through the nuclear negotiations, but I commend that the Gulf countries … were taking a strong stance against Iran and stepping up to the plate in Yemen,” House Foreign Affairs Middle East panel chairwoman Ileana Ros-Lehtinen, R-Fla. said at an April 2015 hearing on the issue. “Just like in Syria, today Yemen is in utter chaos in large part due to Iran’s antagonism and meddling.”

“I think the thing that is particularly disturbing is the Iranian involvement there and around the region,” he said at the time. “Four or five capitals now in the region are controlled by the Iranians.”

Those views have been bolstered by steady reports of intercepted Iranian weapons shipments. Secretary of State John Kerry has personally denounced Iran’s “destabilizing actions” in Yemen.

“Just last week, the US Fifth Fleet, based here in Bahrain, interdicted an arms shipment that originated in Iran with arms that were clearly moving in the direction of Yemen,” Kerry said at an appearance with Saudi Foreign Minister Adel al-Jubeir in Manama, Bahrain, this April. “We will continue to push back against this kind of provocation in the region.”

Saudi critics are trying to change that perception ahead of the Sept. 21 vote.

“The Yemen conflict is often misrepresented in the news as a proxy war between Saudi [Arabia] and Iran, as a Saudi war on Yemen and as a sectarian conflict,” Project on Middle East Democracy fellow Nadwa Al-Dawsari said during Monday’s call with reporters. “This is not a regional or a sectarian conflict. It’s a Yemeni conflict. It’s internal, driven by local agendas and grievances and is in part a manifestation of power struggles among the traditional elite.”

Ironically, the Obama administration itself has been making that case ever since hostilities broke out.

“The conflict in Yemen is enormously complicated and has roots that are largely parochial and locally focused,” Gerald Feierstein, the principal deputy assistant secretary of state for the Bureau of Near Eastern Affairs, testified at Ros-Lehtinen’s April 2015 hearing. “Yemen, the poorest country in the Arab world with a long history of weak central governance, has for many years struggled to meet the needs of its diverse constituencies and address their grievances.”

John Sifton, the acting deputy Washington director for Human Rights Watch, said the Saudis themselves are inadvertently turning out to be one of Iran’s biggest in the conflict.

“Our researchers on the ground are seeing that these abuses that we’ve documented are actually making people who don’t really support or like the Houthis be more sympathetic to them,” Sifton said on the call. “So if you’re trying to accomplish helping the Saudi-led coalition and you’re trying to harm Iran, giving unbridled assistance to the Saudi military seems to be actually accomplishing the exact opposite result.”

Murphy, a longtime critic of Saudi Arabia’s support for Wahhabi clerics around the world, acknowledged the difficulty in getting a joint resolution of disapproval through both houses of Congress. He couldn’t remember one ever passing both chambers, although the Obama administration did temporarily hold up arms sales to Bahrain after an outcry from Congress over its crackdown on Arab Spring protesters in 2011.

“What I do know is that we will have a bipartisan group of senators voting for this resolution, which will send a loud signal to both the administration and the Saudis that the conduct of the war inside Yemen has to change,” he said. “Even if it doesn’t [pass], I think it will be impactful.” 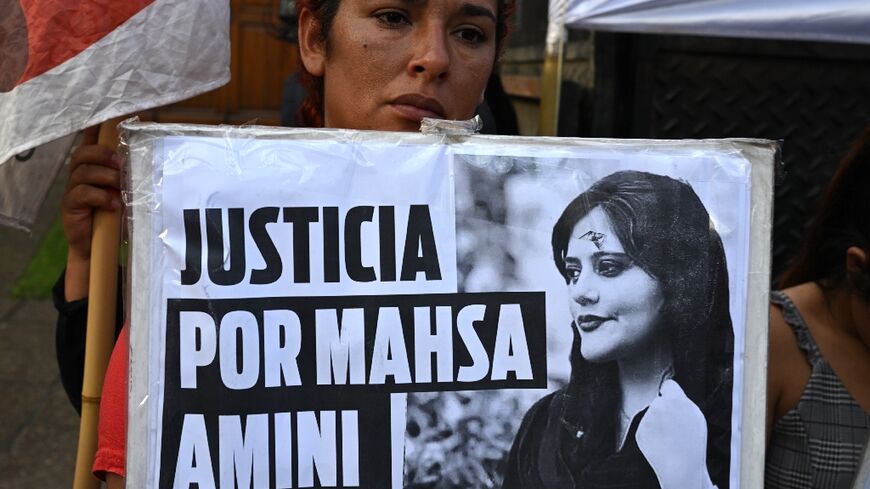