Will 9/11 lawsuit vote sabotage US arms sales to Riyadh?

The Obama administration has offered to sell Saudi Arabia a record $115 billion in weapons. Does the Sept. 9 vote to allow the families of terrorist victims to sue the kingdom mean an end to business as usual? 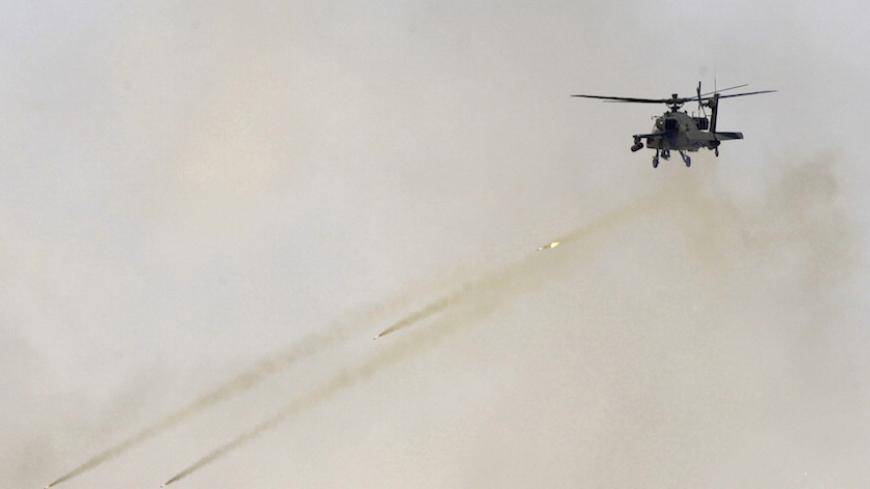 The US House of Representatives unanimously voted Sept. 9 to allow the families of victims of the Sept. 11, 2001, terrorist attacks to sue Riyadh in US court, defying President Barack Obama and an army of Saudi lobbyists. The voice vote follows similar action by the Senate in May and sends the bill to Obama, who now has to decide whether vetoing the popular bill is worth the political cost.

The White House has objected to the legislation for years on the grounds that weakening sovereign immunity protections could hurt the United States' ability to conduct foreign policy. Current and former government officials have also warned that other countries may retaliate, putting US troops and diplomats in harm's way for their actions abroad.

One aspect that has received far less attention, however, is the potential impact on the assistance that Washington provides to Riyadh. The State Department requests — and Congress approves — a token $10,000 in military training every year, but the heart of the relationship is America's massive weapons trade with Saudi Arabia: a record-shattering $115 billion approved and pending arms deals under Obama, according to a new report by the nonprofit Security Assistance Monitor.

On the face of it, those sales could legally continue even if the bill becomes law and a court eventually finds in favor of the plaintiffs. The Arms Export Control Act of 1976 prohibits arms and munitions transfers to countries that support acts of international terrorism, but leaves it up to the secretary of state — not the courts — to make that determination.

Getting Congress to sign off on big-ticket sales, however, could be another matter.

"The war crimes being committed by [the Saudi-led coalition in Yemen] absolutely damages the reputation of the kingdom of Saudi Arabia," said Rep. Ted Lieu, D-Calif. "If a court were to further find for plaintiffs that Saudi Arabia owes them money because of acts of terrorism, then that also affects Saudi Arabia's reputation."

Lieu has been leading the charge in Congress to stop a pending sale of tanks, guns and ammunition to Riyadh for its war against the Iran-backed Houthis. Saudi Arabia denies accusations that it has deliberately targeted civilians or acted recklessly in Yemen.

The vote suggests the kingdom's influence in Congress has taken a plunge as voters on both sides of the aisle increasingly reject taking sides in what they see as proxy wars between Sunni Saudi Arabia and Shiite Iran for control of the region. At the same time, the recent release of 28 pages of previously classified inquiries into alleged, but unproven, ties between Saudi officials and the Sept. 11 hijackers has also rekindled public distrust of Riyadh.

Congressional resistance would likely only increase if the Saudis were to lose in court and then refuse to pay the victims' families, as they've already indicated is their intention. Foreign Minister Adel al-Jubeir personally told lawmakers this spring that Riyadh would sell as much as $750 billion in treasury securities and other US assets rather than risk seeing them frozen by a US court.

Arms sales are already facing stronger headwinds than they previously have amid continuing reports of civilian casualties in Yemen. The Obama administration has indicated it is eager to see a political settlement reached quickly, even as it continues to seek approval for weapons shipments to Saudi Arabia in part to alleviate Riyadh's misgivings about last year's nuclear deal with Iran.

The day before the 9/11 bill vote, a bipartisan group of four senators — Rand Paul, R-Ky.; Chris Murphy, D-Conn.; Al Franken, D-Minn.; and Mike Lee, R-Utah — introduced legislation to block the proposed sale of $1.15 billion in tanks, guns and ammunition to Riyadh. And 64 House members signed on to a Lieu-led letter to Obama last month urging him to delay the sale.

Sen. Ben Cardin, D-Md., the top Democrat on the Senate Foreign Relations Committee, said US arms sales to the Saudis — in cash, for weapons that don't upset Israel's military edge in the region — have until now been beneficial to the United States. But he acknowledged that an adverse court finding against Riyadh could change that calculation.

"My guess is if that happens it will affect the relationship, but it will affect it mutually; they may have some views about us, just as we have views about them," Cardin told Al-Monitor. "I support effective remedies for those who have [legal] claims. And it seems to me that the [Obama] administration should find an effective way to handle this if they feel that this legislation goes too far."