The Islamic Republic has abandoned previously contentious attitudes toward Iran's cultural heritage, but it has much more work to do to protect sites. 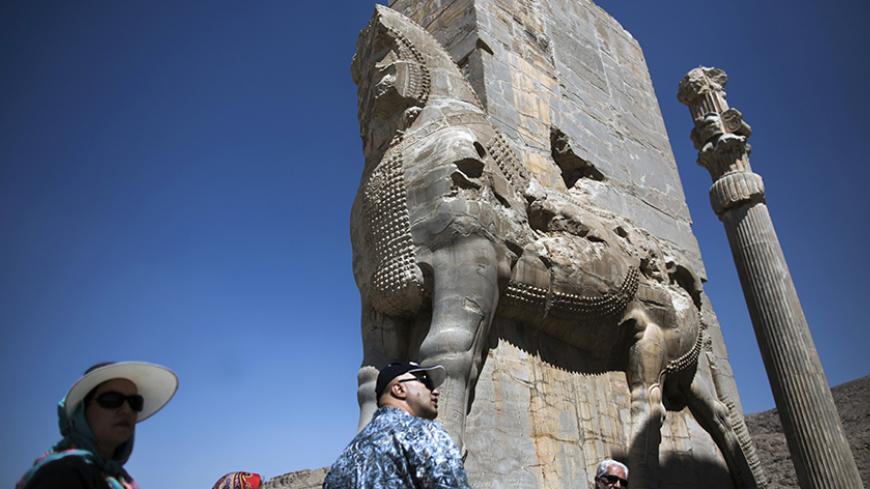 An Iranian family look at the Gate of All Nations at the ancient Persian city of Persepolis, near Shiraz, in southern Iran, Sept. 26, 2014. - AFP PHOTO/BEHROUZ MEHRI 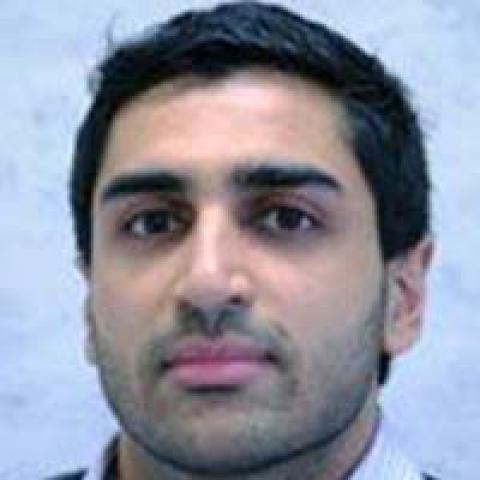 Members of Iran’s diaspora community tell the tale of Ayatollah Sadegh Khalkhali mounting a bulldozer in 1979 and attempting to destroy Persepolis. The story represents the Islamic Revolution as having brought to an end a renaissance in the preservation and appreciation of Iran’s cultural heritage. It is undeniable, however, that today there is a political will in Iran for it to emerge stronger in the field of cultural heritage protection.

Obsessed with stressing the Indo-Aryan lineage of Iranian culture as opposed to its Semitic heritage, Shah Mohammad Reza Pahlavi longed for Iran to be accepted on the world stage as a bridge between ancient Vedic cultures and the Greco-Roman civilizations of Europe. His efforts helped to facilitate an unprecedented rise in the unearthing and study of Iran’s ancient history. From 1958 to 1978, more archaeological excavations and fieldwork took place in Iran — much of it involving foreign-led expeditions — than had taken place in the previous 70 years.

Iran’s record on cultural heritage preservation before and after the revolution stands as a testament to why the diaspora’s narrative of heritage protection in Iran is incorrect. The period of intense fieldwork when the United States and Europe competed over excavation of Iran’s ancient history is characterized by critics as one of plunder. Today, embroiled in countless repatriation cases, Iran seeks for its cultural property — some of which was auctioned by the world’s leading dealers or is on display in prestigious museums — to be returned.

Although the shah took care to preserve the heritage that he believed anchored his regime to the pomp and grandeur of an ancient tradition of leadership dating back to Cyrus the Great — the kind, he believed, on display in Persepolis — other forms of heritage were damaged and destroyed through the course of urban development and redevelopment. As one expert has argued, Iran’s primary legislative basis for protecting its cultural property, the 1930 Antiquities Law, was not designed to accommodate cultural property protection in an age of rapid urbanization or rampant natural resource extraction, both of which involve digging that can damage heritage objects. This legal framework for heritage protection also remains ill-equipped to deal with threats posed by Iran’s high level of pollution.

The Islamic Republic established the Organization for the Preservation of Cultural Heritage at the outset of the revolution, allocating it an annual budget of around $60 million. Heritage protection remained a state-funded priority even as the country’s war with Iraq escalated in the 1980s. Iran’s Cultural Heritage, Handicrafts and Tourism Organization (ICHTO) was established in 1985. Both organizations faced the insurmountable task of protecting heritage during one of the 20th century’s bloodiest conflicts.

Iran has had some success in heritage protection. Sites and monuments damaged during the Iraq war, such as the Tomb of Daniel, have been repaired. The Bam Cultural Heritage Rescue Project, a recovery mission set up in the aftermath of the 2003 earthquake in Bam, was praised by UNESCO in 2005 and has yielded lessons for crisis response in cultural heritage protection and beyond.

There are prospects for more progressive policies for combating the illicit trade in antiquities to emerge out of recent cooperation with international organizations, particularly given the government’s previously questionable forcefulness in tackling the issue. In 2004, Iran’s judiciary sentenced two men to death for trafficking antiquities from sites in Jiroft, the first time it is believed to have enforced capital punishment for such criminal activity. Experts in Iran have since been trained as part of a joint initiative among Iran, UNESCO and the United Nations Office on Drugs and Crime to share good practices and enhance the country's capacity for cultural property protection, particularly in regard to combating looting and smuggling, which are as much symptoms of poverty as they are organized crime.

The Iranian government has helped encourage a broader awareness of heritage, including pre-Islamic heritage, in the country. Decades after the shah hosted world leaders, ambassadors and celebrities at the lavish 2,500-year celebration of the Persian monarchy — contributing to the widespread resentment that would culminate in the revolution — cultural heritage has become the preserve not only of the educated or more affluent strata of Iranian society, but can be enjoyed by all Iranians. ICHTO has this year pledged $1.4 billion for the purpose of creating 140,000 jobs.

There is obvious room for improvement. In 2011, the World Health Organization declared Ahvaz to have the world’s worst air pollution, a key factor in the erosion of sites and monuments built of stone. An increase in air pollution tied to increased numbers of cars on the road and the greater burden being put on domestic industries have likewise triggered acid rain, which can contribute to the destruction of heritage across the country. Given the lack of appreciation in the 1930s for how economic and societal transformations might impact heritage, detailed long-term projections on how the country’s nuclear program might affect natural and cultural heritage would be valuable as Iran looks to alternative energy sources. Masoumeh Ebtekar, the vice president and head of Iran's Environmental Protection Organization, has suggested that the gradual transition from fossil fuels to nuclear power will offset many of the threats caused by the former.

President Hassan Rouhani sees protection and preservation as a logical extension on Iran's path of moderation and rationalism, particularly in contrast to its Gulf rivals, and that includes embracing its pre-Islamic past as an integral part of the Islamic Republic today. This was highlighted when Rouhani took the opportunity to link cultural property protection in Iran with his World Against Violent Extremism initiative in a meeting at which UNESCO Director-General Irina Bokova presented him with certificates designating Susa and the cultural landscape of Maymand as World Heritage sites. Yet the main challenge for Iran will remain, as it was under the shah, protecting cultural heritage in an age in which modernization is the major threat.