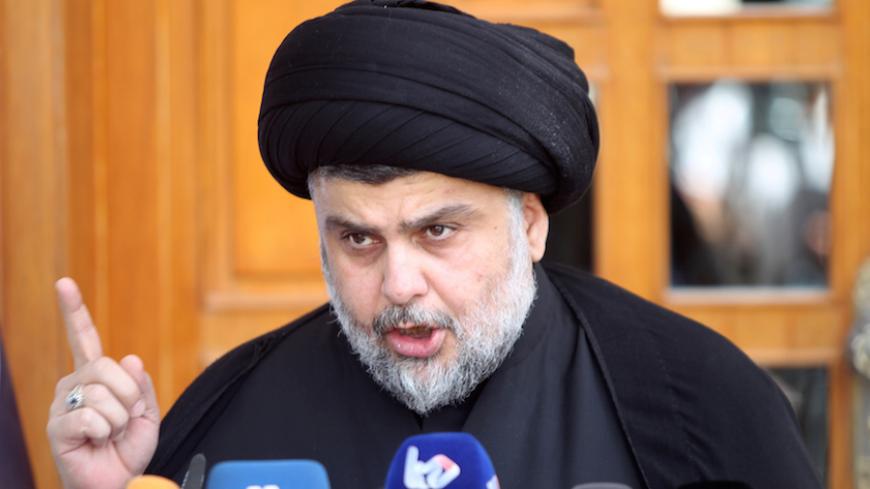 BAGHDAD – Human Rights Watch (HRW) has praised Shiite cleric Muqtada al-Sadr for publicly advocating a humanitarian stance toward the LGBT community, saying they should not be subjected to violence. Last month, Joe Stork, HRW's deputy Middle East director, said, “His statement represents an important change in the right direction and should be followed by concrete actions to protect LGBT people from violence.”

In a rare, unexpected statement on July 7 about the LGBT community, the leader of the Sadrist movement declared, “[You] must disassociate from them and provide them advice [but] not attack them.” His comment was in response to a letter by a Sadrist supporter who complained about men “acting like women” and “suspicious relations between people of the same gender,” referring to homosexual relationships.

HRW has documented “serious abuses” by various Iraqi groups, including Sadrists, against LGBT people, who have become a social community in the country. The human rights organization said, “We hope this [new stance by Sadr] will change behavior in successors to the Mahdi Army and other ranks and spur the government to hold accountable those who commit these crimes.”

The issue has grabbed the attention of Iraqi and Arab media. Sadr’s statement has generated controversy because it contrasts with the positions of other clerics and religious institutions, namely, other Shiite scholars in Iraq as well as in Iran. While clerics in both states preach that Islam forbids homosexuality, the difference lies in the way to address it.

Sheikh Hussein al-Hashan, a Lebanese Islamic scholar, said in a paper published in the electronic magazine Bayynat, “Forbidding homosexuality in Islamic law is unquestionable as stipulated in many Quranic verses.” Instead of dealing with homosexual behavior as a punishable offense, however, Hashan believes it should be approached as a treatable mental and physical issue. “Treating” people for homosexuality is a common perspective in Islam, but one challenged by the medical community, which considers sexuality an innate characteristic, not a condition in need of being “cured.”

In Iraq and Lebanon punishment for homosexuality is not stipulated by the law. The situation in Iran, however, is different. Iran's Sharia-based constitution holds homosexuality to be a crime punishable by death. Lesbians, however, can be punished with 100 lashes under Iranian law.

Commenting on the reasons behind the differing attitudes toward punishment between Iraq and Iran although both countries follow Twelver Shiism, Najaf Hussein al-Khoshaimi, a cleric and Islamic scholar, told Al-Monitor, “The judicial system in Iran is based on the velayet-e faqih [guardianship of jurists], by which Sharia is incorporated into the state. In [Iraq], however, the rules of Islam are separate from the democratic system.” In short, he explained, the two approach Shiite principles on the implementation of Islamic punishments from different perspectives. In Iraqi Shiite thought, Islamic punishments cannot be meted out until the 12th imam returns to create an Islamic state.

Although homosexuals in Iran face harsh conditions and punishment, the first supreme leader of the Islamic Republic, Ayatollah Ruhollah Khomeini, left a door open for transsexuals by issuing a fatwa in 1986 allowing sex reassignment surgeries. In fact, such procedures are subsidized by the state.

Ali Murad, a political analyst, told Al-Monitor, “Clerics in Iraq are the most prominent and influential players in opinion making, influencing and orienting opinions. They have the moral right to interfere in all of the state's affairs and the smallest details of the people’s social life.”

The political author and analyst Hamza Genahee agreed, telling Al-Monitor, “Clerics have a role in Iraqi political and social life.” He added, however, “The religious authority in Najaf only interferes to regulate social affairs, and many of its fatwas are mere responses and answers to the people’s questions.”

Religiosity is widespread in Iraq, which has contributed to a social culture that requires people to essentially abide by the teachings of Islam. Thus wearing the hijab, for example, has become widespread, and other signs of religious commitment are visible everywhere. This in part stems from the efforts of Islamic preachers.

Such influence is perhaps why in June the Najaf police reportedly arrested two gay men celebrating their informal marriage. The men defended themselves by pointing to an unidentified fatwa to claim that their marriage did not contradict Sharia.

Mithal al-Alusi of the Civil Democratic Alliance told Al-Monitor, “Muqtada al-Sadr's position is in line with the stance of most Iraqis rejecting all forms of violence, be it against homosexuals or others,” calling Sadr's position a “message of tolerance.” Hassan Kallabi, a social researcher and health worker at the Hamza al-Gharbi Hospital, in part views the situation similarly. According to him, “The majority in Iraq renounces homosexuality but does not support violence against homosexuals.”