Attempts to establish Sharia law in Iraq have exacerbated political rifts in a country torn by those advocating secularism and those calling for an Islamic state. 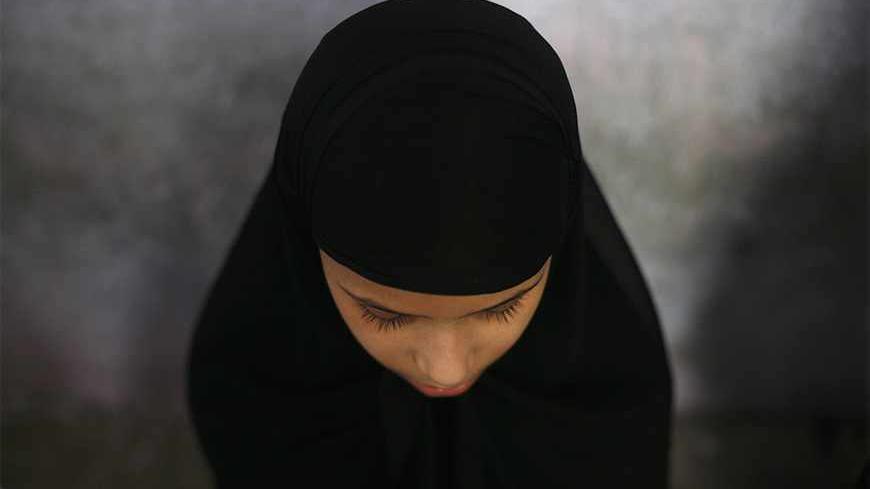 Iraqi Justice Minister Hassan al-Shammari announced Oct. 23 that he had prepared a Sharia-based personal-status law and submitted it to the cabinet for approval and referral to the Council of Representatives for passage. Should the law be approved, Iraqi municipalities would be required to apply penalties that violate human rights, such as mutilation and stoning, among others.

The Iraqi religious parties, including al-Fadhila (Islamic Virtue Party), to which the justice minister belongs, welcomed the proposed law, lauding it as an achievement. During his announcement, Shammari claimed that the draft law followed on the request of Iraqi religious scholars and tribal leaders and was the product of consultations with Muslim authorities.

For more than a century now, calls to impose Islamic law in different parts of the Middle East have increasingly spread, with Islamists promoting a religious utopia among their communities, offering its members a paradise on Earth prior to the one that awaits them in the heavens. They openly proclaim, “Sharia is the solution.”

Given the tyranny, economic collapse and social disintegration plaguing most countries in the region, the welcoming attitude toward political Islam and the imposition of Sharia would normally come as no surprise. What is odd today, however, is that the movement’s slogans continue to attract people from different social classes even after the failed governing experiences of political Islam across the region, from North Africa to Afghanistan.

Shammari contended that those opposed to the proposed Iraqi law are simply against the “Islamist thesis,” but following the announcement of the draft law, the Shiite cleric Sayyed Hussein al-Sadr issued a fatwa declaring that it is better for the state to adopt legislation regarding civil laws that are compliant with international conventions and to leave issues of Sharia to clerics to decide. He asserted that the people should confer with religious authorities, not the government, when it comes to matters involving Sharia.

To learn what Najaf clerics think about the draft law, Al-Monitor interviewed a jurist close to the grand ayatollahs of the holy city. He asserted, “We wanted Iraq to be a civilian and civilized state, and we expect religion to be eliminated from national identity cards in order to make religion a personal matter that people approach based on their convictions rather than legal obligation. It seems, however, that the religious parties are moving us toward both a sect- and clan-based culture.”

The silence of the Najaf clerics and their spokespeople on this subject contrasts with their opinions on the provision of services, security and national reconciliation. Spokesmen for Grand Ayatollah Ali al-Sistani, Najaf’s highest-ranking cleric, have repeatedly declared, along the lines of the jurist's observation, that religious authorities want a civil state for Iraq, not a religious one.

Some have been highly critical of the draft law. Critics claim that the law represents an attempt to exploit the boiling sectarian atmosphere and distract from the failures of political parties in order to attract votes. It has been noted that Shammari has had to face down harsh criticism and calls for his resignation after hundreds of al-Qaeda affiliates escaped from the Abu Ghraib and Taji prisons during July 21–22.

Civil society movements have launched an extensive campaign in Iraq against the draft law for widely violating human rights, especially those of women and children. Mustafa Kazimi, an Iraqi human rights and democratic activist, wrote on his Facebook page, “This arbitrary and unjust law’s clear violations against the disadvantaged in situations such as granting legal license for parents to marry off girls who are under nine years old and boys who are under 15 years old is an offense against children and an exploitation of childhood. This draft law also considers that a husband provides nafaqah [housing, food and clothing] in return for the sexual pleasure provided to him by his wife. This is an obvious insult to women and a waste of dignity.”

Attempts to impose Sharia in Iraq will likely lead to deeper sectarian divisions in the society, as religious views differ from one sect to another. Accordingly, there have been calls in some Sunni quarters to separate themselves from the Shiites and establish a Sunni state in their areas, in part because, they allege, the Shiites are moving toward the declaration of a Shiite state.

The rallying cry behind the imposition of Sharia has seemingly shifted from calls for improved social life to social factors linked to conflicts of identity in the Middle East in general and Iraq in particular. Clinging to it has become an approach adopted by religious parties to maintain their political gains and cling to power.