Can Congress stop Obama from making payments to Iran?

Congress wants to rein in the White House's legal settlements slush fund. It's a little late for that. 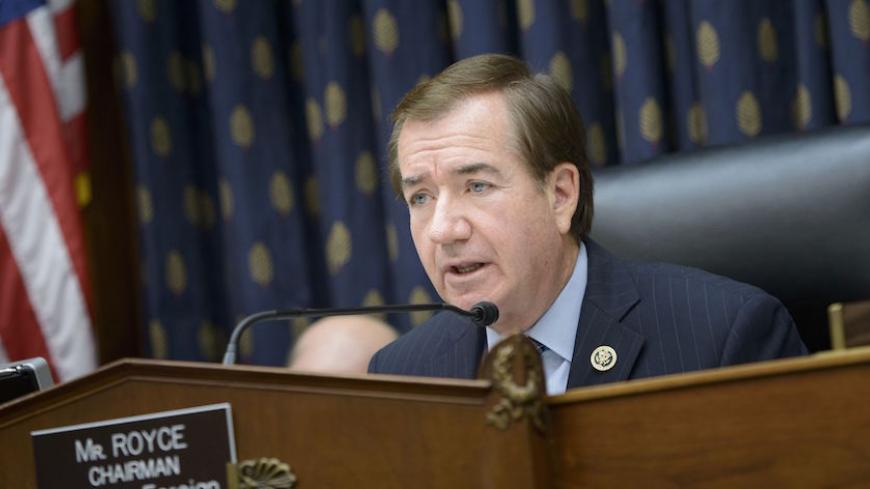 To hear Republicans in Congress tell it, President Barack Obama trampled all over precedent and the Constitution with his $1.7 billion cash payout to Iran.

The State Department first announced the payment in January. It has gained renewed attention, however, in the wake of Wall Street Journal reports linking the payout to the release of four Americans detained in Iran.

On their first day back from summer recess Sept. 6, Republicans in both the House and Senate introduced legislation to censure the president over what they call "ransom" payments and block any future ones. Congressional leaders have vowed a vote on the measure this month, forcing Democrats to make a painful political choice right before the November presidential election.

"What on earth was the White House thinking?" House Foreign Affairs Committee Chairman Ed Royce, R-Calif., said in a statement announcing his bill. "Sending the world’s leading state sponsor of terror pallets of untraceable cash isn’t just terrible policy. It’s incredibly reckless, and it only puts bigger targets on the backs of Americans."

For all the heated rhetoric, the partisan legislation is unlikely to clear the Senate, where Republicans are six members short of the 60 votes needed to get anything done. And even if it did, Obama would surely veto it.

Election-year politics aside, the Iran payments debate does have the virtue of shining a bright spotlight on just how much Congress has abdicated its oversight powers in recent decades. Republicans are now making a play to reassert some of that authority, but both the timing and the tenure of their efforts militate against their success in the context of the Iran nuclear deal.

"We've got our priorities all messed up," Rep. Steve Cohen, D-Tenn., said at a hearing Sept. 7 concerning potential reforms to the fund where most of the payments to Iran were drawn from. "We ought to be dealing with voting rights and due process … instead of trying to pick a partisan fight with the administration over bringing some people home from Iran and giving [the Iranians] back the money they gave us in the 1970s to buy weapons they never got."

The debate centers around the use of the so-called Judgment Fund, an open-ended 1950s-era mechanism that allows for claims against the United States to be paid out without having to debate each one before Congress. The Obama administration drew $1.3 billion from the fund to pay the interest owed to Iran for an undelivered arms package dating back almost four decades (the $400 million in principal was paid for through another pot of money).

Republicans and some legal experts have long urged more restrictions on the fund, which they believe has been used by the current and past administrations to circumvent congressional oversight. On Sept. 7, the House Judiciary panel on the Constitution got around to holding a hearing on the issue, which Republicans framed squarely in the context of the Iran deal.

Panel chairman Trent Franks, R-Ariz., called the payments to Iran "stunning" and implied that the Obama administration had somehow acted improperly. The allegation, however, gave Democrats on the panel a chance to ask the three witnesses — two invited by the Republicans, one by the Democrats — if the $1.3 billion payment was in any way a misuse of the Judgment Fund. None thought so.

"Everything that the Obama administration has done is well within not only the letter of the Judgment Fund law, but within the spirit of that law," said Neil Kinkopf, a professor at Georgia State University College of Law.

The hearing also shed light on similar payments to Iran by past presidents, including Republicans.

In his written testimony, Paul Figley, an associate director at the American University Washington College of Law, pointed out that George H.W. Bush paid a $278 million settlement to Iran in 1991 for arms that were never delivered. That piece of information is included in a March 17 letter to Royce from Assistant Secretary of State for Legislative Affairs Julia Frifield.

In that letter, Frifield reminds lawmakers that Iran was America's largest weapons buyer in the 1960s and 1970s. She also details several other payments to Iran since the Islamic Revolution, including $200 million paid under Bush and $7.5 million under President Ronald Reagan, a Republican icon. Reagan's presidency, of course, was rocked by the infamous Iran-Contra operation during which the United States sold weapons to Iran in exchange for the release of American hostages.