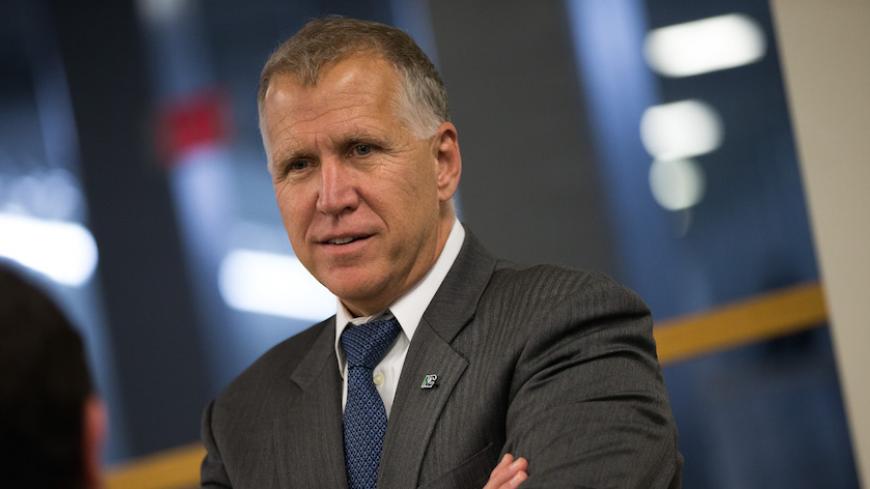 Congress voted overwhelmingly Sept. 28 to allow lawsuits against Saudi Arabia, capping the worst month the kingdom has had on Capitol Hill since the Sept. 11, 2001, attacks.

While debate centered around getting justice for the victims' family members, lawmakers of both parties said growing frustration with Riyadh played a role in the lopsided vote to override President Barack Obama's veto. The outcome was 97-1 in the Senate, 348-77 in the House.

"I think that this bill got a 97-1 vote in part because of specific concerns about Saudi policy in the Middle East," said Sen. Chris Murphy, D-Conn., the top Democrat on the Senate Foreign Relations panel on the Middle East. "Right now the way in which this war is going inside Yemen, the continued export of Wahhabism, has a lot of people concerned. And the Saudis are seeing that concern come out in a number of different ways."

Murphy was a driving force behind last week's effort to block a $1.15 billion arms sale linked to Saudi Arabia's intervention in Yemen. While the rare Senate floor vote failed 71-27, it was a symbolic rebuke for a US ally engaged in a war against Houthi militias backed by Iran, a US foe.

Even lawmakers who voted to proceed with the sale acknowledged concerns about Riyadh and other Gulf partners.

The 9/11 lawsuit bill, said Senate Armed Services member Thom Tillis, R-N.C., is a "very clear signal" to other nations that the United States expects them to help solve the "global terrorism problem."

"We need to recognize that our partners in the Middle East … need to all come together to attack this problem," Tillis said. While the arms sale approval is "an indication that we want to work with [the Saudis] … we need to see measured progress over time."

The Saudi Embassy in Washington had no immediate response. The kingdom launched a massive lobbying blitz to kill the lawsuit bill, but could not overcome a campaign from victims' families and their lawyers despite dire warnings from the White House and the Pentagon about potential retaliation against US troops abroad.

Even the handful of lawmakers who opposed the Justice Against Sponsors of Terrorism Act had little or nothing nice to say about Saudi Arabia. House Armed Services Committee Chairman Mac Thornberry, R-Texas, who led the doomed effort to sustain the veto, focused his remarks on the "unintended consequences that will increase the risk to US military personnel around the world."

Some lawmakers on the other side of the issue, in contrast, made it all about Riyadh.

"Anyone who has read the recently declassified 28 pages of findings from the House Senate Joint Intelligence Inquiry of 2002 — despite the heavy redactions — knows the provocative evidence of Saudi complicity in 9/11 and that remains unexamined," said House Foreign Affairs Committee member Chris Smith, R-N.J. He delivered his floor speech with an enlarged New York Daily News front page showing Obama and King Salman bin Abdul-Aziz Al Saud with the headline "Don't choose them over U.S."

"The president chose the king, and he vetoed the bill," Smith said. "We can correct that today, and vote to override."

Murphy said the ball is now in the Saudi court.

"We've fired a few shots across the bow," he said. "And so I think this is a moment for Saudis to reflect and hopefully respond to our concerns. I think right now let's see if we can open up a dialogue in the wake of these actions to make this relationship better."