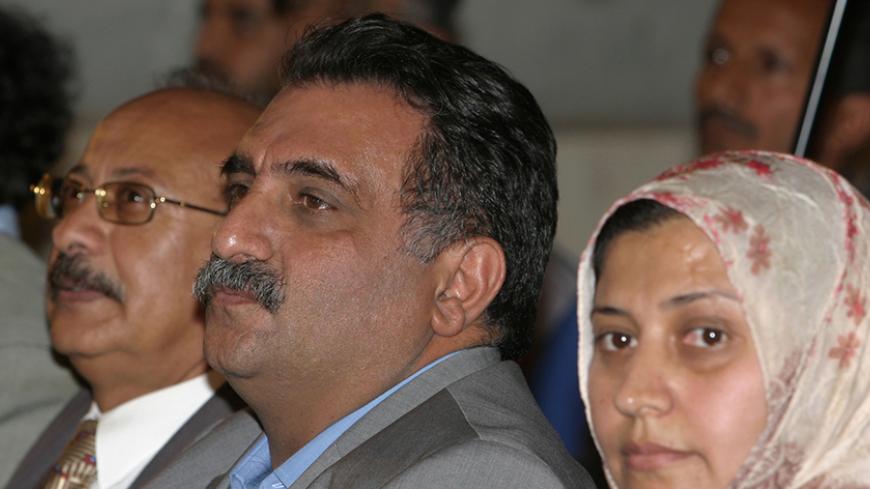 Although senior members of Balad, part of the predominantly Arab Joint List, knew the police were conducting an investigation on the suspicion that funds were being illegally funneled to them, they were astonished by the raid on the movement’s offices and the arrest of senior members Sept. 18.

The investigation began after the state comptroller, who probes violations of the Party Funding Law, received certain information. The material collected was given to the police before the comptroller’s report was disseminated. (Usually, the police begin an investigation after the comptroller publishes a report.) The police undercover investigation raised suspicions that senior Balad members had received millions of shekels from various organizations in Arab states, mainly Qatar. Azmi Bishara, a former Knesset member and Balad founder, now resides in Qatar. Bishara fled Israel in 2007 after he was suspected of funneling classified information to Hezbollah during the Second Lebanon War, in 2006.

The police released a statement asserting that Balad Secretary-General Awad Abd al-Fattah, along with another 20 or so senior party activists, including six lawyers, were suspected of involvement in a secret conduit for illegal money transfers. They are believed to have run a sophisticated operation to cover the money trail by misrepresenting the funds as being contributions from donors in Israel.

During the police investigation, which was conducted secretly over a number of months, it emerged that about a thousand families whose names are listed on the movement’s documents as ostensibly having contributed funds to Balad never did so. These people had no idea that their names were linked to the movement’s activities and funding. The police claim that this is how the illegal funds were laundered.

A few hours after the raid and arrests, Balad members convened an emergency meeting. The gathering was also attended by members of the Arab parties comprising the Joint List as well as members of the Higher Arab Monitoring Committee. At the conclusion of the meeting, the members issued a joint statement, asserting that the corruption attributed to Balad was actually a form of political persecution: “Statements that ostensibly attributed violations to Balad’s money management policies are false misrepresentations intended to hide [the] real purpose, which is to silence Balad and harm its functioning and political role as the spearhead in the fight against discrimination and negating of rights.”

As of late Sept. 18, no Balad Knesset members had been arrested or interrogated. The arrests of the party's top-level activists and the actions attributed to the party have succeeded in narrowing the deep fissures within the four parties comprising the Joint List — Hadash, Ta’al, Ra’am (United Arab List) and Balad. Only recently, Hadash leveled criticism at a Facebook posting by Knesset member Basel Ghattas (Balad) sharply attacking former President Shimon Peres, who had been hospitalized after a massive stroke. Now, however, Joint List Chairman Ayman Odeh has joined ranks with Balad officials in what list members qualify as difficult times for their party.

In general, much of the Arab public, including Balad’s sworn enemies, believes that the Israeli establishment tries to intimidate the Arab parties. The first way is the use of threats to suspend them from the Knesset based on the Suspension Law — allowing a supermajority of Knesset members to suspend a member for endangering the country’s security — a statute they feel was specifically directed at the Arab parties. The second is laying the groundwork for disqualifying Balad from running for the next Knesset. They feel that Israel is trying to do to Balad what it did to the northern branch of the Islamic Movement, led by Sheikh Raed Salah — that is, outlaw it.

The Arab public believes that Balad’s three Knesset members — Chairman Jamal Zahalka, Haneen Zoabi and Basel Ghattas — are viewed as rabble-rousers in the Knesset, thereby attracting the ire of the Israeli public. Thus, they feel, the purpose of the police investigation is merely to silence them.

Zahalka told Al-Monitor, “[The] verbal assault on the movement was orchestrated from the top, from Prime Minister Benjamin Netanyahu. Since he no longer can frighten everyone with the dangers of the Iranian nuclear threat, he chose to incriminate Arab Knesset members and mainly the Balad movement. This is an attempt to delegitimize, harm and intimidate us. This fits in with the fascist atmosphere that Netanyahu creates. Netanyahu needs an enemy through which he can create incitement and sedition, to gain popularity as if he were fighting the enemy.”

According to Zahalka, the state comptroller appointed two representatives to examine the documents in Balad’s possession explaining the party’s funding. “They conducted extensive examinations for about half a year and came up with nothing,” Zahalka said. “But even before the process vis-a-vis the comptroller had been completed, the police burst in against us. When the issue is crime in Arab localities, the police are dormant, but when it comes to politics, they are hyperactive. Because we are an Arab party and sometimes say irritating things, immediately the police attack us.”

Zahalka said that the political persecution of Balad has been ongoing for years, the height of it being Netanyahu's push to pass the Suspension Law in July 2016 in order to expel Balad members. “He understood that Arabs voting ‘in droves’ could endanger his position and his chair,” said Zahalka. “He saw that our unification [i.e., the Joint List] strengthened us, and he wanted to earn cheap [points] in the Israeli arena. That’s the reason that all this slander is being hurled at us.”

Zahalka outright rejects the accusation that Balad has received funds from Bishara. “That claim doesn’t hold water,” he said. “We collect donations, and we have receipts. We are entitled to raise funds from Qatar. These funds are transparent and are directed at important activities, such as sports facilities, soccer teams, research institutes and student scholarships. We actually complain that we receive too little from the Arab world.”

The police, on the other hand, are convinced that this is just the tip of the iceberg and a veritable Pandora's box will eventually open. To what extent will it all affect the unity of the Joint List? At this stage, no Joint List officials are willing to make predictions.