Is Gulen an Armenian?

Pro-government figures in Turkey have declared Fethullah Gulen to be Armenian and Jewish in an attempt to deny the Islamic background of the person it blames for the recent coup attempt. 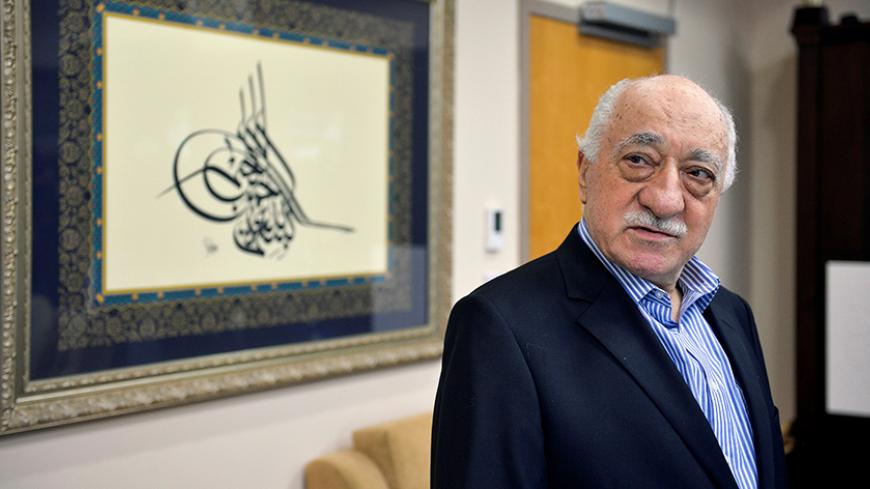 Turkish President Recep Tayyip Erdogan has repeatedly told the world and his people that the words “Islam” and “terrorism” should not be used together, because Muslims cannot be terrorists. Indeed, Erdogan has insisted that students who attend Turkey's religious imam-hatip high schools would never become terrorists. Yet the man Erdogan accuses of masterminding the July 15 coup attempt is none other than the president's former close friend and ally, Fethullah Gulen, a Sunni imam. This has made the situation rather uncomfortable for the president and the Justice and Development Party (AKP) government. Acknowledging that Muslims might deliberately hurt and even murder other Muslims is not easy in general for the majority of Turks, so what can be done to address this uncomfortable reality?

The easiest solution would be to resuscitate an answer that Turks have used in the past — that is, declare the enemy to be non-Muslim and foreign. In this case, the Armenian has once again emerged as the imagined culprit, invoked to help Turks assuage their troubled conscience.

Thus, several pro-government figures have concocted allegations to christen Gulen an Armenian. Such accusations were voiced prior to July 15, but have since been embellished. For example, on June 6, the pro-AKP Ottoman Clubs (Osmanli Ocaklari) proclaimed Gulen an Armenian, citing branches in his family tree and his background. Others claimed that the so-called Fethullah Gulen Terror Organization, a term Ankara uses to refer to Gulen followers, was influential in the German parliament's June 2 decision to recognize the Armenian genocide.

At a pro-democracy rally held July 19, Kocaeli Buyuksehir Mayor Ibrahim Karaosmanoglu told attendees, “The fact that they [Gulenists] have infiltrated several key positions in the bureaucracy is a shame for us. They cannot be [trusted to be] teachers. They cannot be anything. … They hide themselves so well, they can even trade their honor to reach a key position.”

Indeed, various figures, including professed historian Kadir Misiroglu, have alleged that Gulen's father is Armenian and his mother is Jewish. Misiroglu also claims that Gulen belongs to a community in which Jews have (somehow) become Armenians. Ultranationalist figures have also contributed their share of such allegations.

In addition, numerous newspaper opinion pieces continue to warn dubiously against the Gulen movement. For example, Yeni Soz columnist Can Kemal Ozer wrote, “Gulen's mother is a Jew, and [his] father an Armenian. He is the devil, who was brought up to seek revenge upon our people. He is not a Muslim, but a member of the Vatican Council.” Another columnist made mention of a few terror organizations, including the Kurdistan Workers Party (PKK), and argued that they are “Armenian establishments.”

As these articles and others began circulating on social media, a few lone voices struggled to stand up against such hate speech. One anonymous person tweeted, “[To claim] Gulen as Armenian is not a nuance or observation. It is the foundation of a process known as elimination and extermination.”

While watching the largest rally in Turkish history at Yenikapi, Istanbul, on Aug. 8, several observers tweeted about the deep-rooted xenophobia oozing from the rhetoric of the country's political leaders. One tweet, with a photo of religious leaders attending the Yenikapi rally, observed, “It is as if we have invited these men [in the photo] to offend them.” Nationalist Action Party leader Devlet Bahceli referred to those deemed to be the (non-Muslim) enemy and a threat to Turkey as “Byzantine seeds.” Prime Minister Binali Yildirim resorted to “crusaders' army,” and Erdogan described them as a “flock of infidels.”

The worrisome part is not only that Turkish leaders freely utter such hateful rhetoric, but that it has become normal in contemporary Turkey to do so. As abhorrent phrases filled the air, millions cheered in Yenikapi, and only a handful even realized the offense. Amid this feverishness, one must, however, ask, how could Armenians be culprits in the crimes for which an Islamist group, the Gulenists, has been accused?

He said, “In a society where 99% [of the population] is said to be Muslim, it is seen as better to target your anger at 40,000-50,000 people rather than a larger group. Remember, when the PKK leader was caught, he was declared Armenian, [and] whenever PKK terror spikes, different papers start Armenian bashing. Whenever the going gets tough, Armenians become the easy and readily available target.”

Bebiroglu, a member of the dwindling Armenian community in Turkey, clings to black humor. He said, “In a sense, we were relieved when we heard several commentators also claim that Gulen is Jewish, not just Armenian. Could there be a worse image in the eyes of Turkish society than being not only Armenian, but also Jewish? The sad part is these allegations are accepted by a significant portion of society and fuel further hatred against the minorities.”

So a sobering question remains: If you are not a Muslim, can you still be a Turk? The answer seems to be that in the view of some, anyone who is not a Muslim is a potential threat to society.

Turkey has recently suffered from simultaneous attacks at the hands of the PKK and the Islamic State and allegedly the Gulenists, the latter two of which are openly Islamic entities. Pro-government pundits are spinning their wheels to find ways to undermine support for these groups. They still lack the means, however, to explain how strains of Islam can threaten society, so they take the easy way out by fanning the flames of xenophobia. In the short term, Armenophobia becomes a valuable accomplice.

Without accepting full responsibility for its role in the expansion of the Gulenist movement in Turkey, and without acknowledging the organization's Islamic outreach at home and abroad, can the Turkish government truly take on the Gulenists?

As convoluted as allegations that Gulen is Armenian might be, they are also quite scary when combined with the suggestion that the state and society will be wiped clean of all Gulenists. Turkish policymakers should surely recall from history the failures when states have tried to ensure domestic security by demonizing segments of society. The hateful rhetoric invoking Armenians — or any group unrelated to the Gulenists — will inevitably become the most difficult obstacle in the battle against curbing the Gulenists' strength.