The Palestinian resistance factions are seeking to conclude weapons deals with Russia, North Korea and China through the black market, yet some say a recent display of weapons was merely for propaganda purposes. 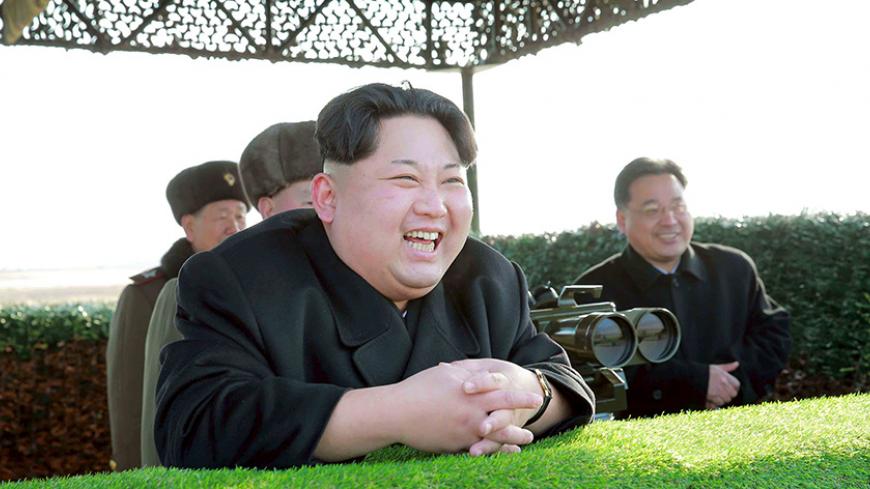 The announcement came during the Bond of Blood rally, during which Islamic Jihad displayed the various new weapons in Rafah, in the southern Gaza strip, on July 28, without disclosing the quantities that they currently have in their possession.

Al-Monitor tried to obtain a statement from Abu Ahmed, the official spokesman for the al-Quds Brigades, or any military source of Islamic Jihad, but they refused to comment about information on missiles or the nature of the upcoming period.

Ibrahim al-Madhoun, a political author and analyst at the Center for Future Research, told Al-Monitor, “The Palestinian resistance factions are seeking to buy weapons from anywhere in the world and prefer to obtain sophisticated weapons, given their inability to manufacture them locally. The global black market is filled with the various weapons. The Arab Spring has facilitated the purchase and entry of weapons to the Gaza Strip. Yet in light of the Egyptian destruction of the tunnels and restrictions on the Egyptian-Gazan border today, things have become more complicated.”

He said that the objective behind the purchase of modern weapons “is to neutralize and resist the Israeli air force in any future confrontation with the Israeli occupation in Gaza. This is the most important objective for the Palestinian resistance factions. For this reason, the factions are seeking to buy sophisticated anti-aircraft weapons. I do not think that such new weapons have entered so far.”

On the message that Islamic Jihad has delivered to internal parties and the outside world, Madhoun said, “What al-Quds Brigades have done has no field, military or political dimension. It is part of propaganda and mobilization, particularly since the Palestinian people like the military shows of force.”

The al-Quds Brigades revealed at the rally July 28 having in their possession the locally made S-350 offensive missile, which “accurately hits the target and has a huge explosive force.”

Following the war on Gaza in July 2014, the Palestinian resistance factions thanked in the media Iran for the provision of the rockets. The factions fired the Iranian-made Fajr-5 Artillery Rockets on Israel, which has a range of 75 kilometers (roughly 47 miles), after they brought into Gaza different Iranian weapons through the tunnels between Sinai and the Gaza Strip.

Eid Mosleh, a specialist of the Israeli media and researcher at Akka for Israeli Affairs, told Al-Monitor, “By showing the missiles and new technologies that they have obtained, the al-Quds Brigades’ objective is to prove that weapons are still entering Gaza — through the tunnels between Egypt and Gaza.”

Mosleh said, “The Palestinian resistance is seeking to neutralize the Israeli air force in any future war. Yet the new North Korean shoulder-launched missiles cannot counter the Israeli F-16 warplanes. They can, however, bring down the Israeli reconnaissance aircraft.”

On the Palestinian factions’ attempts to buy new weapons, Wasef Erekat, a retired Palestinian Authority major general and military researcher, told Al-Monitor, “The Palestinian resistance factions — as national liberation movement — have the right to obtain arms from anywhere in the world to confront the Israeli aggression. I believe that the resistance factions are hiding many weapons to use them as a surprise element in any future confrontation with Israel.”

Erekat added, “It is very easy to buy arms from abroad; the black market is full of weapons. Yet it is difficult to bring them into Gaza, given the strong Israeli and Egyptian control under the rule of Egyptian President Abdel Fattah al-Sisi over the southern Gaza border. Despite the restrictions, the vulnerable security situation in Sinai has allowed the constant access of rockets to Palestinian factions via the tunnels — albeit at a slower pace.”

Maariv reported Aug. 4 on the resistance factions obtaining the North Korean HT-16PGJ anti-aircraft missiles, saying that these missiles are purchased from the black market, transported from the ports in Sudan and Somalia, before they enter into Gaza by land through Egypt.

The biggest problem that the Palestinian resistance factions continue to face is their inability to confront the Israeli air force and aircraft. Thus, the resistance factions are seeking to conclude arms deals with North Korea, China and Russia to promote their military capabilities through the black market. In the 2014 war, Hamas used the Russian anti-tank guided missiles Kornet, surface-to-air missiles and the Iranian Fajr Artillery Rockets.

While Iran is officially supporting the Palestinian resistance factions, these factions have managed to obtain Russian, North Korean and Chinese-made weapons from the black market and brought them into Gaza through unofficial routes — via the Red Sea or by land through the tunnels between Gaza and Sinai.