Lobbying 2016: Oman thrives as the US’ backchannel to Iran 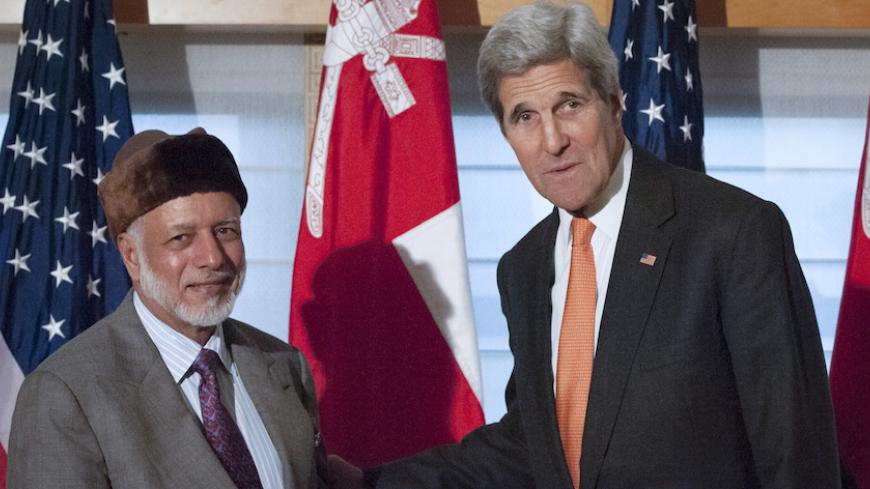 The diplomatic breakthrough that brought Iran and the United States closer together last year after decades of enmity may never have happened without the mediation of a sparsely populated desert monarchy: Oman.

Strategically located at the entrance to the Strait of Hormuz, the sleepy sultanate has long served as a discrete backchannel between the Sunni Gulf states and their Iranian rival. The bitterly contested Iran nuclear deal, however, has elevated the country’s profile, encouraging it to play an increasingly active role in efforts to stop the violence in Yemen and Syria.

Now Muscat is banking on the Barack Obama administration’s gratitude and the personal friendship between the ailing Sultan Qaboos bin Said and Secretary of State John Kerry to weather any potential fallout from its diplomatic leadership. Also assisting: an ambassador who has been in place for more than a decade and a recently renovated cultural center just down the street from the White House.

“In a post-Iran agreement environment, I think that Oman is not as able to be as quiet a broker as it used to be,” said Sigurd Neubauer, an Oman expert with the Arab Gulf States Institute in Washington. “Oman is in a good space in terms of how it has been able to position itself in Washington; at the same time, Oman is not immune to regional rivalry. And by not taking a position on many of the contentious issues in the region, Oman could be accused — or is already accused — of siding with Iran, and that’s something that the Omanis will go to great lengths to avoid.”

The crafty Qaboos has a long track record of successfully leveraging his country’s diplomatic flexibility in Washington. The United States notably signed a free trade pact with Oman in 2006 partly to reward Muscat for being the first Gulf country to formally allow US troops to use its military facilities, in 1980, as well as its support for several peace agreements with Israel, according to the Congressional Research Service (CRS).

The country’s historic ties to Iran, which helped it battle a leftist insurgency from 1962 to 1975, have also long been useful to the United States. Muscat notably facilitated the return of captured Iranians in 1987 and 1988, as well as the 2007 release of 15 British sailors.

“Successive US administrations have refrained from criticizing Oman’s relations with Iran,” the CRS writes in its latest report on the Gulf nation, “instead periodically using that relationship to resolve US-Iran disputes and develop ties to Iranian officials.”

The backchannel role in the nuclear deal, however, represents a whole new level of cooperation with Washington — and a whole new set of risks.

“Iran is ready to begin a quiet dialog ‘at a lower level’ with the US,” Oman’s special envoy to Iran Abdul Aziz al Rowas told US Ambassador Gary Grappo in April 2009, according to a leaked cable to Washington. But Rowas “warned that we should expect to encounter resistance from other Gulf States, whose fears of Iran actually reflect their concerns for their own persecuted domestic [Shiite] populations.”

After convincing administration skeptics with its successful intermediation in the release of three US hikers, Qaboos hosted high-level US and Iranian diplomats at his palace in July 2012 — the first such contact since the 1980s. The meeting was kept secret not only from potential US critics in Congress and key regional actors such as Israel and Saudi Arabia, but even America’s European, Chinese and Russian negotiating partners.

Simultaneously, Oman has hosted talks between the Yemen’s Houthi rebels and the United States. And last October, Qaboos dispatched his foreign affairs minister Yusuf bin Alawi to Damascus with a message from Kerry to Syria’s Bashar al-Assad.

Most of those intermediations have happened at the highest levels in Muscat, but Oman has steadily been building up its brand in Washington as well. The country has largely eschewed traditional influence peddling — the sultanate hasn’t had a lobbyist since 2007, when it parted ways with the Baker Donelson law firm following the successful negotiation of the free-trade agreement — but has found other ways to promote its image as a trustworthy, tourist-friendly destination.

In 2014, the country reportedly paid $16.5 million — twice the assessed value — for new digs for the Sultan Qaboos Cultural Center just three blocks north of the White House. The center bills itself as seeking to promote “mutual respect and understanding” through “outreach programs, scholarships, lectures, educational resources and cultural partnerships.”

“I wouldn’t say that it’s a front for lobbying. I think that that would be disingenuous,” Neubauer said. “But I think [the center] helps create this subtle understanding among policy-makers and those who follow the Gulf and the region that, aha, this is an interesting and different story about the Gulf than what we usually hear.”

The US-Omani ties have translated into an upswing in military support. While the US bilateral security assistance request for the coming fiscal year is down $1.5 million (to $4 million), the Obama White House has cleared more than $6.6 billion in major weapons sales, including the sale of 18 F-16 jet fighters and a $1.28 billion sale of Raytheon’s National Advanced Surface-to-Air Missile System (NASAMS).

“Oman can easily find itself where it loses its neutral standing in the region,” Neubauer said. “More than ever, it does need US political and military support.”