Why Abbas-MEK meeting made waves everywhere but Palestine

Though many observers fret that the meeting between Palestinian President Mahmoud Abbas and Iranian opposition leader Maryam Rajavi was a sign that Abbas is taking sides in the region, the event was barely on the Palestinian radar. 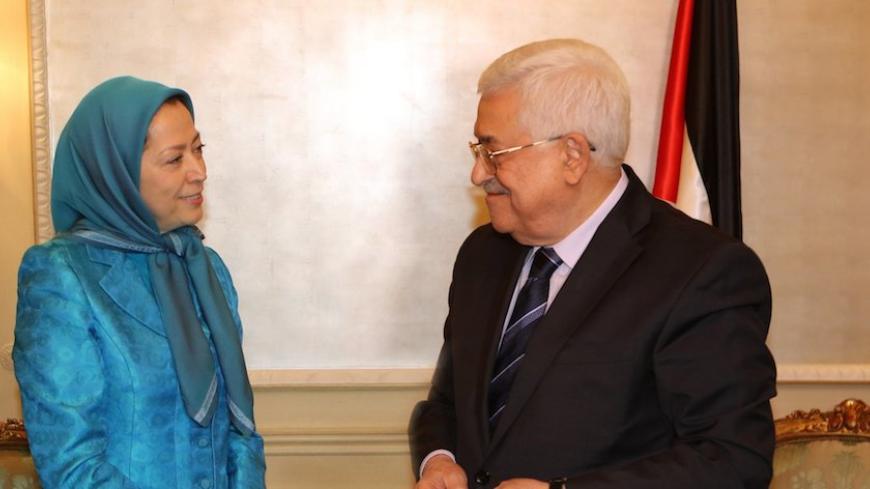 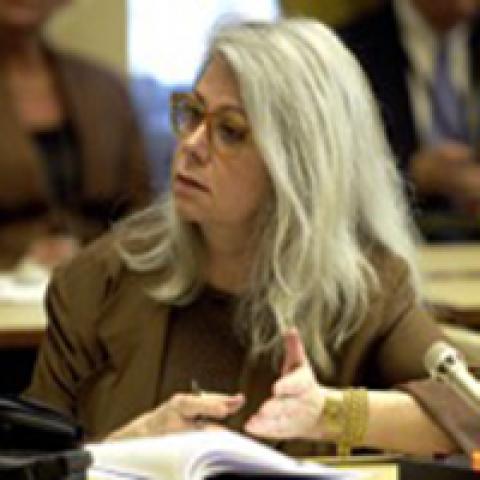 It was a significant step, as Palestinian President Mahmoud Abbas is being increasingly undermined by Israel, Arab allies have turned away and Palestinians are increasingly disillusioned. The very public meeting in Paris with Mujahedeen-e-Khalq (MEK) leader Maryam Rajavi in Paris on the night of July 30 — complete with post-meeting news reports and photos shared on social media — confirmed it was no mere social call.

The meeting followed another that same night between Abbas and US Secretary of State John Kerry. Earlier, on July 9, Prince Turki bin Faisal Al Saud had also made a surprising appearance — to standing ovations — in which he called for an end to the current Iranian regime at Rajavi's rally in Paris.

The official Palestinian news agency WAFA published a short dispatch the night of July 30, directly after the Paris meeting, saying that Abbas “listened to Rajavi’s explanation of the Iranian opposition’s annual conference.”

In his speech at Rajavi’s rally, Turki expressed particular dislike for the Islamic Republic’s velayat-e faqih institution ruled by a supreme leader. Rajavi routinely calls for the downfall of the “mullahs” and an end to the “religious dictatorship.”

Two videos of the Abbas-Rajavi meeting in Paris were released almost simultaneously on July 31: one put out by Rajavi, and another uploaded to the “President M. Abbas” YouTube account.

PLO Executive Committee member Ahmad Majdalani, who heads the Palestinian Popular Struggle Front, told Al-Monitor, “President Abbas’ meeting with Rajavi does not mean we interfere in Iran’s internal affairs. We keep contact with the Iranian government. We have an embassy and an ambassador there.” Majdalani did note, “Iran does intervene in our affairs,” clearly alluding to Iran’s support for Hamas and Islamic Jihad.

Abbas has sent three special envoys to Iran, all tasked with trying to persuade Iran to stop its support for Hamas. The first, Fatah Deputy Secretary-General and Revolutionary Council member Jibril Rajoub (who also heads the Palestinian Olympic Committee), was sent in January 2014, six months after the Iranian elections that brought President Hassan Rouhani to office.

Majdalani was the second special envoy. He reportedly carried a letter from Abbas to Rouhani in August 2015 and signed a cooperation agreement with Iran to form a “high committee to discuss political, economic and social exchanges.”

The third special envoy was Abbas Zaki, a former PLO representative in Lebanon and a member of the powerful Fatah Central Committee. He got into trouble back in Ramallah during his trip to Iran in February 2016, after he welcomed an Iranian offer of Saddam-like financial support to the families of Palestinian casualties, a proposal that both Israel and Abbas separately opposed.

Khalil Shikaki, the director of the Palestinian Center for Policy and Survey Research based in Ramallah, told Al-Monitor that the Palestinian Authority can’t take credit for distancing Iran from Hamas. Qatar intervened, and “Hamas, like Abbas, is weak, and between a rock and a hard place,” he said.

Abbas’ antagonism toward Hamas “is not a small thing," Shikaki noted. "They have defeated him militarily in Gaza, and he has failed to deal with that.”

Now, he added, “Abbas gradually began to see a need to indicate partnership with the Saudis. … He is weak, and he has been under tremendous pressure to signal a commitment to the Saudis.”

Shikaki doesn’t believe the Paris meeting with Rajavi was Abbas’ idea. He said that Abbas “discounted [Iran’s] reaction" and "there’s nothing he needs at this point.” Shikaki believes that the flap “will die down, because nothing is going to follow.”

Majdalani noted this was not the first meeting. “We have a historical relation with the [Iranian] opposition since 1968,” he said, adding, “Many were fighting with the Palestinian revolution.”

But a lot has changed since 1968, including the overthrow of the shah and the return of Ayatollah Ruhollah Khomeni to Iran, with a subsequent split and purges that led to the creation of the MEK in 1981 as an armed opposition in exile backed by Saddam Hussein, who was then at war against Iran. To many Iranians, the MEK are traitors. The Iranian government calls the MEK a “terrorist organization,” and some Iranian officials seethed with anger at the news of the Abbas-Rajavi meeting.

Fatah’s Information and Culture Commission issued a bristling response to Iran’s criticism. The statement said sharply that any insult to Abbas was crossing a “red line.” It accused Iran of destroying the unity of the Palestinian ranks and then working to deepen the division.

In the Palestinian media, the meeting was not widely reported on, in part because the Iranian exiled opposition MEK is simply not on the radar — other than a vague awareness of the MEK’s neoconservative right-wing support base in the US Congress and media.

There have been a series of US “official policy” teams visiting Israel and Palestine in recent weeks, Abdulhadi said, all preparing “wrap-up” reports to hand over to the next US administration that will take office next January, after the presidential elections in November. Abdulhadi added, “Political Islam is haunting everybody.”

Meanwhile, “The agenda of Abbas is: ‘All the way behind the Saudis’ — yet Saudi circles don’t trust Abbas,” he said. The Saudis see “corruption and a one-sided line” in Ramallah.

Moreover, Abdulhadi said, “The message from [the Saudi king] is that everything has to go through him for funding.” In effect, there has been no Saudi funding here, Abdulhadi said — not to the Palestinian government, and not even to long-established nongovernmental organizations.