Is the Israeli Defense Ministry's new Arabic website a waste?

Israeli Defense Minister Avigdor Liberman decided to spend 10 million shekels ($2.6 million) on a new website in Arabic that is supposed to spread messages to the Palestinians and the Arab world. 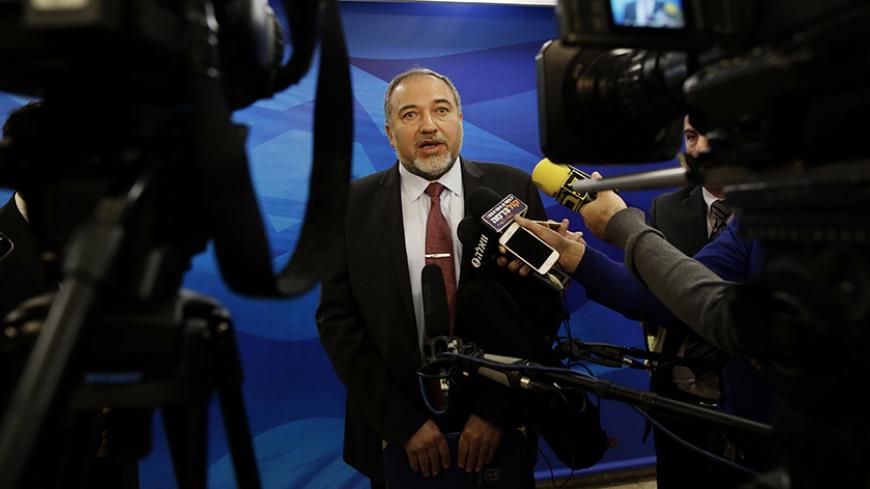 Avigdor Liberman speaks to the media prior to the weekly Cabinet meeting in Jerusalem when he was Israel's foreign minister, Dec. 28, 2014. - GALI TIBBON/AFP/Getty Images

With the support of the civil administration, preparations to create an Arabic-language news website that targets Palestinian audiences are about to be completed. The staff of the new site, dubbed “Channel Liberman,” will consist of soldiers and civilians who speak Arabic, veterans of Israel Defense Forces intelligence units, and internet and content specialists. Defense Minister Avigdor Liberman ordered the creation of the website. Its content, such as analyses of events and trends in the news, will present the stories from an Israeli perspective.

According to Liberman, Palestinian President Mahmoud Abbas has seized control of the major Palestinian centers of power, including the media. As a result, any attempt to communicate with the Palestinians must go through the Muqata (seat of Palestinian government) in Ramallah. “I want to connect with them [Palestinians] directly,” Liberman told reporters, when presenting his new “carrot-and-stick” plan Aug. 17.

Some 10 million shekels ($2.6 million) have already been invested in the website, which is expected to launch in January 2017, once the design is completed and the staff positions allocated to it by the Ministry of Defense are filled. Choice content from the site will also be made available on social network platforms, especially Facebook. In other words, as of early next year, Israelis and Palestinians can expect to be flooded with Israeli propaganda, courtesy of the Ministry of Defense.

Elias Zananiri, a member of the Committee for Interaction with Israeli Society, told Al-Monitor that the Palestinians are not taking the “Muqata bypass” website seriously. According to him, the Israeli Ministry of Defense, by way of the Coordinator of Government Activities in the Territories (COGAT), is busy dealing with magical solutions instead of focusing on the truly important issues. “They believe that they can use propaganda to find an alternative [Palestinian] leadership.” He added, “But it is doomed to failure.”

This effort to open a channel of communication with the Arab world through which to disseminate the official Israeli position is hardly new. Not many people know this, but after the Six-Day War in 1967, the reason that the government decided to expedite the creation of Israeli Television (Channel 1) was not because it had some vision of airing news and entertainment to the Israeli public. It wanted to improve the dissemination of Israeli messages to the Arab world in general, and to the residents of the recently conquered territories in particular.

Palestinians in the occupied territories watched Channel 1 religiously, and the channel’s anchors and reporters quickly gained celebrity status. But the glory days of Israel’s Arabic-language broadcasting passed with the introduction of satellite television. Al Jazeera and the other major Arabic-language networks effectively eliminated the official, state-run channels. Even Palestine TV, which broadcasts from Ramallah, and Hamas' Al-Aqsa TV, which broadcasts from the Gaza Strip — the very stations that Liberman wants to bypass — have very low viewer ratings. Who needs shows produced with minimal investment and with endless transmission problems, when people can easily receive and watch shows produced by networks drowning in money?

These days, even TV giants such as Al Jazeera and Al-Arabiya are not what they used to be in the 2000s. Social networks have come to replace them as the primary conduits of news and information to the public.

The Defense Ministry under Liberman is thinking in terms of old-fashioned tools that are outdated. What worked in the 1970s, like a single TV channel that broadcast the Mabat Israel evening news show, no longer works in the same way. What Liberman is doing is akin to providing the 2016 Israeli air force with French-made Mirage fighter jets — jets used in the Six-Day War.

Palestinians in the West Bank and Gaza are not usually consumers of news content disseminated by Mahmoud Abbas or Hamas. For that reason alone, an internet site supported by COGAT cannot be expected to have any influence, certainly not because it bypasses the Muqata, because there is no reason to bypass the Muqata in the first place.

This does not mean that the Arab world has no desire to learn about Israel and any developments taking place there. The Arab sector’s media outlets in Israel, and particularly their websites (Asinara, Kol al-Arab, Panorama, etc.) get plenty of hits from readers across the Arab world. Similarly, the website Al-Masdar (The Source), which was established by the American group Link — a company established in 2002 to disseminate pro-Israeli information, and which distributes Israeli content in Arabic — draws a considerable interest from across the Arab world, says its editor, journalist Shimrit Meir. In an interview with Al-Monitor columnist Mazal Mualem in 2014, Meir said that the website and its Facebook pages had received 1.8 million visitors from Arab states.

Even if we treat this figure as a fact, there is still a vast difference between an independent website, which distributed Israeli content and stories about Israeli society — including the occasional story critical of Israeli decision-makers — and a website launched by Israel’s Defense Ministry.

Israel’s defense budget for 2016 is 59 billion shekels ($15.5 billion). The fight between the Finance and Defense ministries over getting that budget approved has lasted many months. Nevertheless, Liberman saw fit to cut 10 million shekels out of that budget to create his new website. The actual amount may be little more than a drop in the sea that is Israeli defense spending, but it could have been used to help needy people in Israel. It could have been used to help aging Holocaust survivors, to support special education or to improve the welfare system.

But instead, Israel’s defense minister decided to spend 10 million shekels on building a website that bypasses reality.