Amid an effort to quickly conclude a US military aid deal, the Israeli Defense Ministry issued a statement comparing US President Barack Obama to Neville Chamberlin and the Iranian deal to the Munich Agreement. 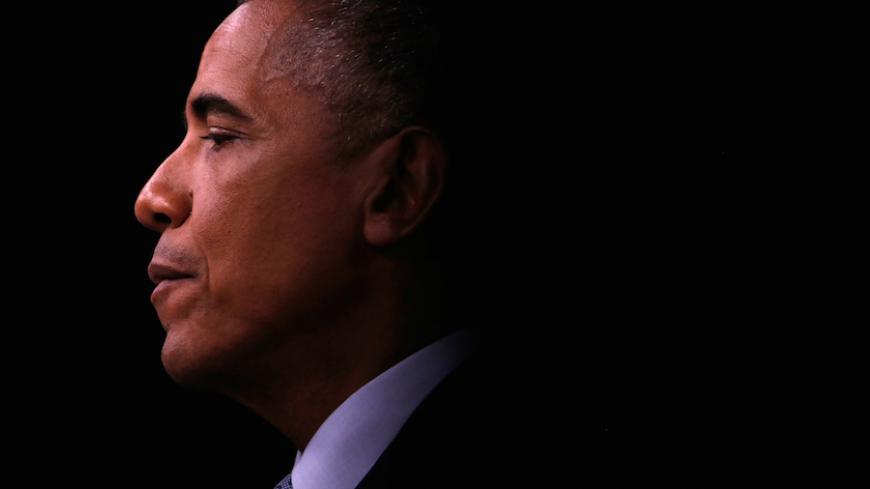 US President Barack Obama met with his national security team Aug. 5 at the Pentagon to mark the one-year anniversary of the signing of the nuclear agreement between Iran and the six world powers. In remarks he delivered after the meeting, the president praised the agreement, saying that it is working as planned and that although Israel was the country most opposed to the deal, its military and its security community now acknowledge that the agreement had generated significant change.

"The Israeli defense establishment believes that agreements have value only if they are based on an existing reality and that they have no value if the facts on the ground are completely the opposite of [the concepts] on which an agreement is based. The Munich Agreement did not prevent the Second World War and the Holocaust precisely because their basic assumption, that Nazi Germany could be a partner to any kind of agreement, was wrong, and because the leaders of the world at that time ignored the explicit statements by Hitler and the rest of the leaders of Nazi Germany. Iran today openly announces its aim to destroy the State of Israel, while a US State Department report published this year listed Iran as the world's top sponsor of terrorism. Hence, the defense establishment, like the rest of the Israeli people and many in the world, understands that agreements of the kind signed between the world powers and Iran are not helpful, but only harm the uncompromising struggle that must be undertaken against a terrorist state like Iran."

The statement struck Washington, and many in Tel Aviv, like a thunderstorm on a bright summer day. Even now, people from the parties involved are trying to decipher what lay behind it.

The entire incident is baffling for a number of reasons. The release of the statement coincided with the most critical stage of negotiations between Israel and the United States over US military aid for the next decade. Israel’s acting head of the National Security Council, Brig. Gen. (Res.) Yaakov Nagel, and his team were in Washington trying to reach a breakthrough so the agreement could be signed. Furthermore, the statement was not signed by Defense Minister Avigdor Liberman or by Prime Minister Benjamin Netanyahu but by the “Ministry of Defense,” an official body that does not release statements of that sort. The statement was simply tossed out there as is — abstruse, offensive and blunt and with a perplexing low-key signature.

It claims to state the position of the “Israeli defense establishment” — which encompasses the Israel Defense Forces (IDF), including the Intelligence Corps, Mossad and many other such groups — even though senior figures in these organizations have spoken positively about the nuclear agreement’s implementation over the past year. They agree that Iran’s capacity for a breakthrough that would immediately make it possible to build a nuclear bomb has effectively been blocked. Lastly, the statement was released right at the end of a weeklong visit to the United States by the IDF chief of staff, Lt. Gen. Gadi Eizenkot.

The IDF’s top brass and other senior defense officials were more stunned by the statement than their American counterparts. Since Liberman's appointment as defense minister on May 31, he has tried to position himself as the “responsible adult” in the room. He made a highly publicized and positive visit to the United States in June, during which he conveyed conciliatory messages and spoke of cooperation between the two countries. He came out in favor of a two-state solution and condemned “wars of choice," saying that Israel should not launch them. He was also one of the people who pressured Netanyahu to forgo his refusal to sign a military aid agreement with the United States while Obama remains in office. Then suddenly, Liberman's ministry releases a statement comparing Obama to British Prime Minister Neville Chamberlain and the nuclear agreement to the 1938 Munich Agreement, which was followed by World War II and the annihilation of one-third of the Jewish people. What is going on here?

The media’s reaction to the statement seems to have jolted Netanyahu into responding. Soon after the statement's release, a senior figure in the prime minister’s office called an American colleague to clarify that the announcement from Tel Aviv, where the Defense Ministry is located, had surprised them as well. At the same time, the prime minister’s office released a statement of its own, asserting, “Israel’s position regarding the Iran deal remains unchanged,” and adding, “The prime minister believes firmly that Israel has no greater ally than the United States.”

The bubbling turmoil sucked in two other people. The first was the dynamic US ambassador to Israel, Daniel Shapiro, who posted a sarcastic tweet, showing the chairman of the Joint Chiefs of Staff, Joseph Dunford, decorating Israeli Chief of Staff Eizenkot with the Legion of Merit. Shapiro commented on the image, stating that the medal was a sign of “deeply felt mutual respect.” The second was Likud's Avi Dichter, the chairman of the Knesset’s Foreign Affairs and Defense Committee, who told Israel's public radio and tweeted that the statement comparing the nuclear agreement to the Munich Agreement was a “mistake."

As of this writing, Liberman has not commented on the incident nor has Netanyahu, even though he has spoken publicly in various places since the episode. Al-Monitor has learned that Obama’s comments about the nuclear agreement had infuriated both Netanyahu and Liberman, who heard the president's remarks at about the same time. One thing that particularly left them seething was Obama’s sarcasm, when he said, among other things, what he would consider impressive: “If some of these folks who said the sky was falling suddenly said, ‘You know what? We were wrong and we are glad that Iran no longer has the capacity to break out in the short term and develop a nuclear weapon.'”

Both Netanyahu and Liberman regarded the president’s comments as little more than the cynical use of sensitive intelligence for political expediency and the exploitation of Israel’s security establishment to win post factum legitimization of the nuclear agreement. “That can’t happen,” both Liberman and Netanyahu concluded, according to a senior political source who spoke on condition of anonymity. At that point, Liberman decided to respond with a vague statement with a questionable signature. Someone close to the defense minister later admitted to Al-Monitor, speaking anonymously, “The wording was unfortunate.”

Nevertheless, in Liberman’s office the incident is not regarded as a real crisis. “Only the media is discussing it,” one source in the Defense Ministry told Al-Monitor speaking on condition of anonymity. “There is complete coordination between the two parties. Nothing has changed in Minister Liberman’s positions regarding all aspects of the intimate relationship with the US administration.”

Since most of this story unfolded over a weekend, when Washington largely shuts down, the staff at Liberman’s office hoped that they would wake up to a new week with the incident behind them. All that is left for them to do for the moment is to listen for any rumblings from Washington. If there is silence, then they can move forward.