President Hassan Rouhani and Supreme Leader Ayatollah Ali Khamenei have publicly agreed that had the nuclear deal been satisfactorily implemented, Iran would now be open to negotiation with the United States on other issues. 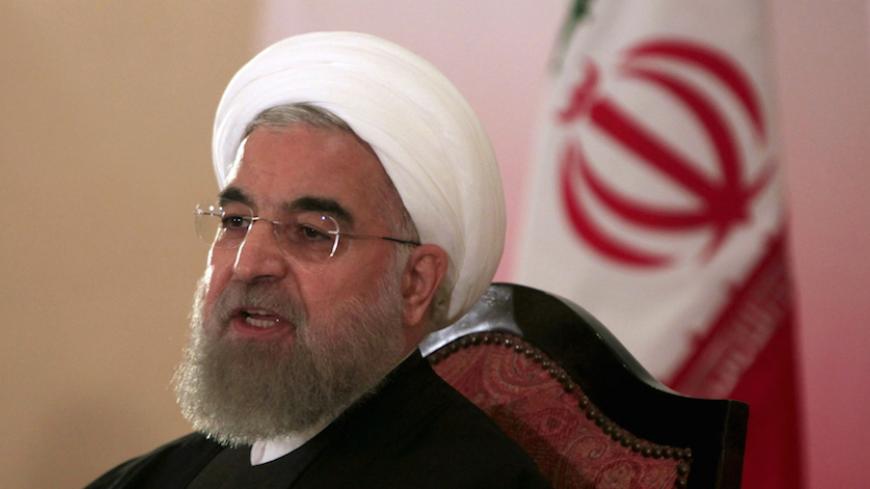 President Hassan Rouhani marked the end of his third year in office with a special television interview Aug. 2. These interviews, aired on Iranian state television, resemble the US State of the Union addresses and are designed to inform the Iranian public of the administration’s achievements and goals. While much of Rouhani’s prepared remarks were repetitions of his previous optimistic outlook post-nuclear deal, one negative point the president made was his assessment of US-Iran relations.

“If the Americans had implemented [the Joint Comprehensive Plan of Action] accurately and with good intentions and prevented the obstruction and slowdowns that we are seeing today, we would have had confidence in them,” Rouhani said. “We would have been ready to negotiate with them on other issues that would have been in the interests of the region, America, us and others.”

The day before Rouhani’s comments, Iran’s Supreme Leader Ayatollah Ali Khamenei, who has the final say on the country’s foreign policy, made a similar statement indicating that the window of opportunity for further negotiations between the United States and Iran appears to be over. Khamenei said that Iran looked at the nuclear negotiations as an experience by which to gauge whether the United States keeps its promises. But he said the Americans continued their destructive policies and referred to negotiating with them as a “lethal poison.”

In the past, Khamenei had left the door open for Iran-US discussion of regional issues. In April 2015, just months before the signing of the nuclear deal, Khamenei said that negotiations with the United States were limited to the nuclear issue and not related to regional or domestic issues. He added, however, “If we see that the opposing side puts aside its typical ambiguities, this will be a [learning] experience for us. [If so,] we will be able to negotiate with them on other issues also.”

Rouhani came into office three years ago promising better relations with the world after eight years of combative posturing by President Mahmoud Ahmadinejad. The nuclear deal has been a significant achievement, and American and Iranian officials negotiating publicly on the issue was unprecedented in the last 37 years. With five months left in President Barack Obama’s presidency and misunderstandings lingering over the implementation of the nuclear deal, it seems unlikely that Iran and the United States will achieve another milestone and negotiate directly over regional issues such as Syria or Iraq.

While Iran has been able to double its petroleum exports and receive delivery of the S-300 missile defense system as the result of the nuclear deal implemented in January, a common complaint among Iranians is that the nuclear deal has not improved their daily lives. This is a point that conservative media has been hammering and will likely continue to focus on until the presidential election in May 2017.