Iran’s Supreme Leader Ayatollah Ali Khamenei has again criticized the nuclear deal, saying due to US-made obstacles, there have been no tangible effects for the people of Iran. 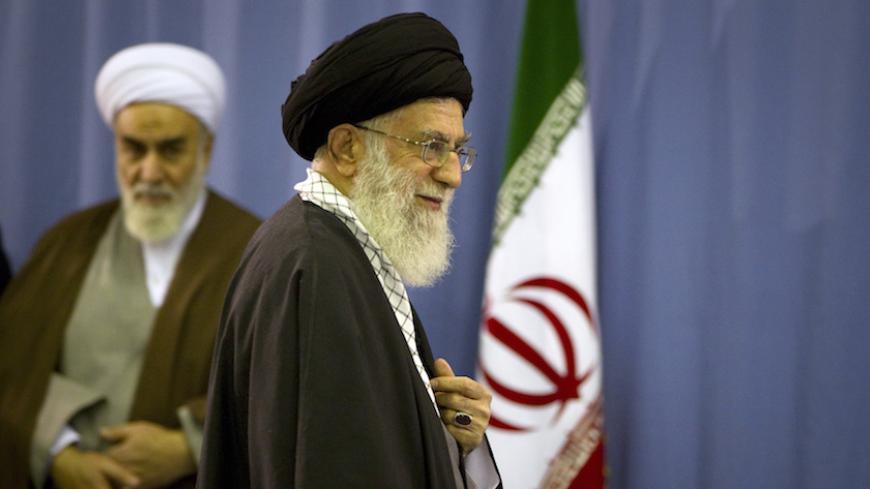 Six months into the implementation of the comprehensive deal between Iran and six world powers that curtailed the country’s nuclear program in exchange for sanctions relief, Iran’s Supreme Leader Ayatollah Ali Khamenei, who has the final say on Iran's nuclear program, has criticized the United States for its implementation of the deal and the lack of benefits for the Iranian public.

During an Aug. 1 speech, Khamenei said that even Iran’s nuclear negotiators have conceded that the United States has made "bad pacts," created obstacles and attempted to “destroy Iran’s economic relationships with other countries.” The obstacles Khamenei referred to are likely the remaining US banking sanctions unrelated to nuclear sanctions that have made European companies hesitant to fully establish economic relations with Iran. Iranian negotiators had previously said that the United States wanted more concessions to remove the banking sanctions.

In an indirect attack on President Hassan Rouhani and others who hope for better ties with the United States, Khamenei said, “Of course it’s been some years that I have been repeating this about the lack of trust with America, but for some it was hard to accept this reality.”

According to Khamenei, in the last meeting with their American counterparts, the Iranian negotiators accused the opposing side of “breaking oaths, not acting on their commitments and creating obstacles.”

In some of his harshest criticism of the nuclear deal since its implementation, Khamenei asked, “Was it not supposed to be so that the unjust sanctions would be removed and it would have an effect on people’s lives? After six months, is there any tangible effect on the lives of the people? If not for America violating its oaths, would the administration not be able to do many things during this time?”

Khamenei continued, “Approximately two years ago we said that the nation would look at the negotiations as an experience to see what the Americans do in practice, and now it is clear that they are acting contrary to their promises and busy with conspiracies.” He added that the United States has approached Iran to negotiate on other regional issues, but recent experience has shown that negotiations with the Americans is like “a lethal poison” and there is no issue in which their word can be trusted. Khamenei said this is the reason for his “continuous opposition to negotiating with America.”

Khamenei also said that if an enemy country were committed to its word, it would be possible to negotiate with the country on certain matters, but that America has shown it is not this type of enemy country. He said that the best path for Iran is to continue its policies so “the enemy will come after us, not us go after the enemy.”