Following the failed coup attemp in Turkey, Egyptian officials have launched diplomatic assaults against the Turkish leadership, fearing that Egypt's own Islamists could re-emerge. 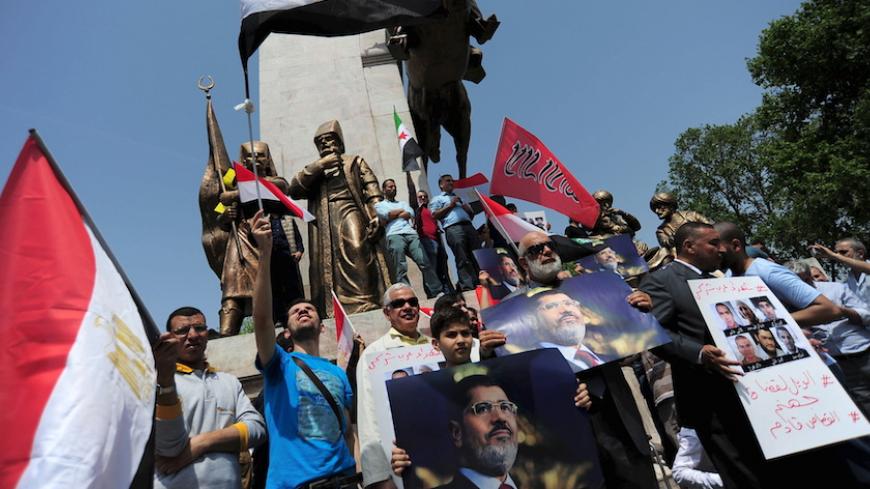 Pro-Islamist demonstrators hold Egyptian flags and posters of former Egyptian President Mohammed Morsi during a protest in support of him at the courtyard of Fatih mosque in Istanbul, Turkey, May 17, 2015. - REUTERS/Yagiz Karahan

On July 26, the Egyptian parliament took steps toward approving a resolution to recognize the 1915 Armenian genocide at the hands of Ottoman Turks, marking a new turn in a bitter row that has all but severed diplomatic ties between Egypt and Turkey. The motion was presented to parliament by legislator Mustafa Bakry, a controversial politician with a track record of championing polarizing policies that favor increasing state powers. It highlighted the increasingly detrimental influence of regime hard-liners on Egypt’s regional policies, as a wave of political attacks against Turkey’s president following the failed coup attempt renewed tensions and threatened to damage relations with Ankara beyond repair.

Turkish President Recep Tayyip Erdogan has been at loggerheads with the current Egyptian administration since his close ally, former Egyptian President Mohammed Morsi, was ousted by the military in 2013. However, statements by members of his ruling Justice and Development Party shortly before the attempted coup indicated that Turkey’s attitude toward Egypt had begun to shift. Turkish Prime Minister Binali Yildirim sent a conciliatory message to Egypt in a speech July 11, expressing Turkey’s desire to improve relations. Turkish Foreign Minister Mevlut Cavusoglu raised the possibility of restoring commercial and economic ties and suggested holding a ministerial level meeting to reach a solution that serves the interests of both nations. “There were some Turkish signals toward Cairo, an attempt to move on with relations,” former Egyptian Ambassador Mohamed Anis Salem, who currently heads the UN Working Group at the Egyptian Council for Foreign Affairs, told Al-Monitor.

At the same time, multiple points of conflict with neighboring states have left Turkey with fewer allies in the Middle East. This helped push the rhetoric of normalization forward, as Turkey sought to increase its regional clout, according to Tarek Fahmy, a professor of international relations at Cairo University. “Mending frayed ties with Egypt and the [Bashar al-] Assad regime in Syria were next on the agenda following reconciliation with Israel and Russia,” he said.

But any such plans have been derailed by a salvo of diplomatic assaults launched against the Turkish leadership by Egyptian officials who feared that Erdogan’s victory would embolden Egypt’s embattled Islamists to act against the country’s current leaders. “Muslim Brothers and their allies now view Erdogan as a model for plotting their unlikely return to power in Egypt,” the Washington Institute’s Eric Trager suggested. Trager quotes exiled Muslim Brotherhood leader Gamal Heshmat, who told WAM Times that Turkey’s failed coup might even encourage revolutionaries inside and outside Egypt to “unify around the goal of ending this coup."

Fear of brewing unrest spurred Egyptian officials into action. Days before Egypt recognized the Armenian genocide, a categorization that Ankara has long rejected, member of parliament Imad Mahrous requested that the Egyptian prime minister grant political asylum to cleric Fethullah Gulen, whom Turkey accuses of involvement in the attempted coup. Egypt has opposed an otherwise unanimously approved draft resolution by the Organization of Islamic Cooperation designating the Gulen movement as a terrorist organization. It also blocked a UN Security Council resolution condemning the attempted coup in Turkey and pledging to support the elected government.

The Egyptian response to events in Turkey indicates that any potential opening for resuming normal ties would be rejected by Cairo as long as circumstances underpinning their fallout remain unresolved. This position has been reflected in recent statements expressing Cairo’s unwavering opposition to a Turkish administration supportive of the Muslim Brotherhood. In response to Turkey’s overtures toward rapprochement, Egyptian Foreign Ministry spokesman Ahmed Abu Zeid said that for normalization to occur, Turkey must recognize the 2013 military takeover as a popular revolution. Such an acknowledgement would legitimate the Egyptian authorities’ crackdown on Islamist supporters of the ousted Morsi. Turkey, which continues to provide safe haven for dozens of exiled Muslim Brotherhood leaders, is unlikely to take a stance against the organization and in favor of Egypt’s military, particularly after Turkey's leaders faced the threat of a military takeover on their own turf.

In the absence of a concrete reconciliation initiative there was no real starting point for either side to begin restoring ties. Turkey has laid down its own conditions for cooperation, namely for Egypt to take positive steps toward political prisoners and reverse death sentences against members of the Muslim Brotherhood.

Nonetheless Egypt’s contradictory and often uncoordinated approach to the conflict with Turkey suggests a lack of cohesive strategy and long-term vision for dealing with the troubled relationship. President Abdel Fattah al-Sisi has remained tight-lipped on the issue of Turkey, but criticism of Erdogan and his government has dominated pro-state media, jeopardizing any neutrality the president had hoped to maintain. Meanwhile, Egypt’s Foreign Ministry appeared to backpedal on its somewhat positive response to the Turkish prime minister’s invitation to develop economic ties over a renewed conflict with Erdogan. The Foreign Ministry objected to the contradictory statements coming from Turkish officials when Erdogan declared in an interview that Turkey’s problem lies with Egypt’s leaders, not its people. ”This may reflect a difference of opinion inside Turkey,” Salem said. “Egypt seems to prefer to wait and see. Turkey appears the weaker party after the coup and Egypt sees no reason to accept Turkish interventions."

Turkey stands to gain from stronger ties with Egypt, one of its main export destinations and a potential ally with regard to coordination on regional security issues as well as energy and investment projects in the Eastern Mediterranean, as an emerging energy boom looms on the horizon. Nonetheless, as Fahmy noted, Egypt has less to offer Turkey than any other strategic ally or economic partner in the region. “Turkey has succeeded where Egypt has failed, managing to build strong partnerships based on equal standing with key governments,” he said. “It has extensive shared interests with Saudi Arabia, a strong and pragmatic relationship with Iran where investment cooperation is valued at $22 million, strong security and military ties with Israel, including 56 bilateral military agreements and soon major stakes in coordinating a solution in Syria.”

Egypt, it appears, has chosen to escalate the crisis with Turkey with no clear strategy or endgame in sight. Meanwhile, the botched coup attempt has substantiated Erdogan’s suspicions toward his opponents. As he embarks on a campaign to cleanse the Turkish political scene, he will likely leave no room for engaging those who disagree with his policies whether at home or abroad. As a result, in the absence of an internal political process to determine a new role for political Islam in Egypt, bridging relations with Turkey will remain highly improbable in the foreseeable future. 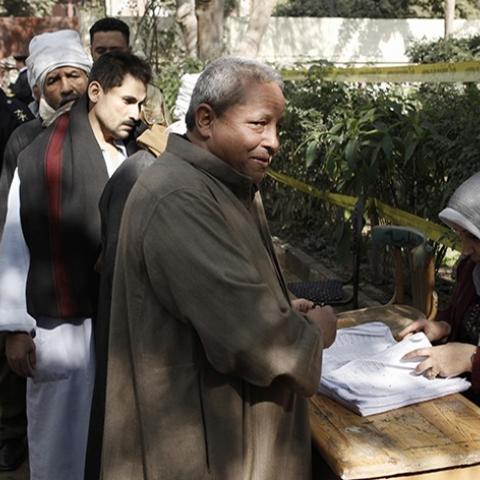 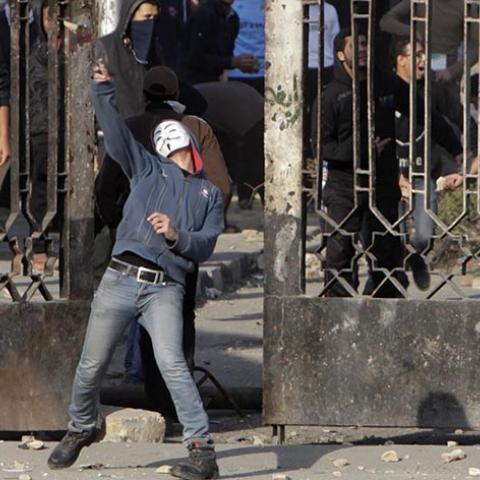 Egypt cracks down on students 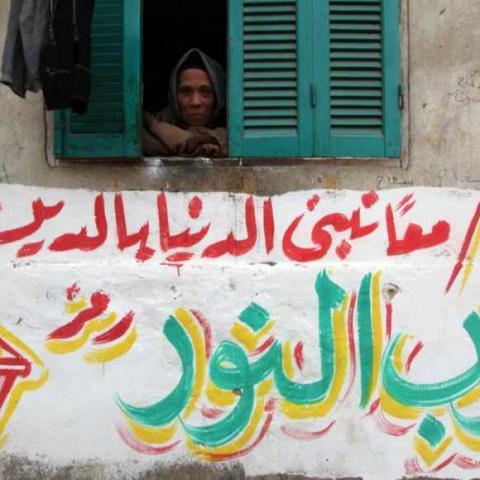 Egypt's Salafists Are Hoping To Capitalize on Morsi's Failure