Opposition by some Egyptian parliament members against an increase in pensions for retired military personnel leads to a showdown in the parliament. 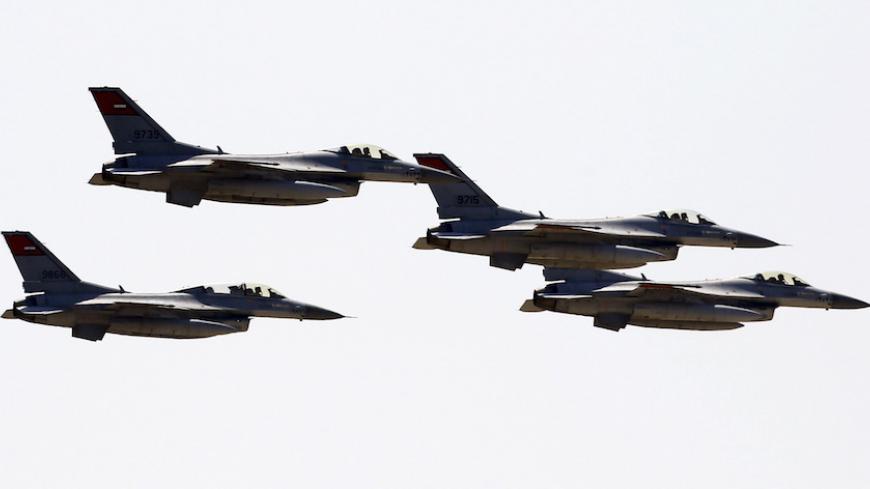 The Egyptian parliament witnessed a new dispute between parliament member Mohamed Anwar El Sadat, the head of the Human Rights Committee, and House Speaker Ali Abdul Aal on July 25 during a discussion of a bill to amend some articles of the Military Retirement, Insurance and Pension Law that stipulates a 10% increase in the pensions of retired military personnel and combatants.

The dispute started when Sadat voiced his opposition to the increase. “I emphasize the role our great armed forces play in protecting our lands and preserving stability and security as well as development. I would even demand that military pensions be raised to by more than 10%,” Sadat said. “However, how can we adopt this increase while we have not even been acquainted with the salaries that the officers take, not to mention knowing the payment system adopted by the military institution?” he asked.

Once Abdul Aal heard Sadat, he interrupted him and shouted at him, saying, “An officer has the right to a pension even if he holds any civil position. The Supreme Constitutional Court made this clear, and you are not allowed to talk about soldiers who paid the blood tax.”

“When any of our men in the armed forces speak, we should stand in respect and appreciation to them. We should bow our heads in respect and appreciation to our armed forces. The lesson has been learned not only by parliament members but also by anyone who would try to separate the people from the army. The people and the army will remain one hand,” added the speaker.

This dispute has raised many questions about the actual role of the parliament and its eligibility to refuse or accept any matter that is related to the armed forces. The true role of the military institution was in question, as well as whether it was a separate power that is above accountability, especially as this raise is not the first of its kind. Since President Abdel Fattah al-Sisi assumed office in June 2014, military pensions for commissioned and noncommissioned officers and personnel have been raised on six occasions despite the budget deficit, the economic crises and challenges the government has been facing.

This raise was followed by other ones, with the House of Representatives approving the sixth one July 26, voting to increase military pensions by 10%.

The first article of the parliament’s internal bylaw states that the parliament members, as representatives of the legislative power, are eligible to authorize the state’s public policy, the General Plan for Economic and Social Development and the general budget. Therefore, the members have the right to approve or disapprove of any budgets or bills that are related to any institution of the state, including the armed forces.

Haitham El Hariri, a parliamentarian from Alexandria, told Al-Monitor that in his view Sadat was not mistaken to have asked his question. “Any member of the parliament has the right to pose any question for discussion, as the parliament’s role is to [apply] the state’s public policy, approve of the government and discuss the budget. Therefore, there are no taboos or red lines for a [parliament member] in the parliament,” Hariri said.

“Perhaps some issues require that the discussion not be broadcast on TV. In such case, the speaker should request the press to leave, which is allowed under the bylaws. However, a member of the parliament cannot be attacked in this way under any circumstances,” he added.

The article gives the president of the republic the right to invite any specialist or expert of his choice to attend the House meeting without having the right to vote.

Yet Gen. Nasr Salem, the director of military intelligence and reconnaissance, attacked Sadat because of the remarks he made and considered them to be political exploitation for the sake a “specific interest.” Salem told Al-Monitor that Sadat’s comments incite strife between the “sons of the same country” and “seek to drive a wedge” between the Egyptian people and their army.

Salem was astonished by the discussion of these matters in the parliament and in front of media, as they are related to Egyptian national security. “An army officer sacrifices his life for his people and pays his blood as a price for protecting the lands of his country. Many of us have died as martyrs and no one knows about it. Many of us risk their lives far away from their families and no one knows about it. The parliament members have to know very well who army officers exactly are before [they] say anything about them,” added Salem.

“In any country in the world, the army gets the highest privileges. If we compare salaries of officers and personnel in the armed forces with their counterparts in all countries, including Arab countries, we will find that they are much less. However, none of our personnel or officers ever talks about it, as they joined the army out of love for their country, not to seek a position or money,” Salem said.