The morning after: What happens to Gaza if Hamas is toppled?

Israeli Defense Minister Avigdor Liberman is accused of hampering the delivery of humanitarian assistance to Gaza in an effort to overthrow Hamas' rule. What if he succeeds? 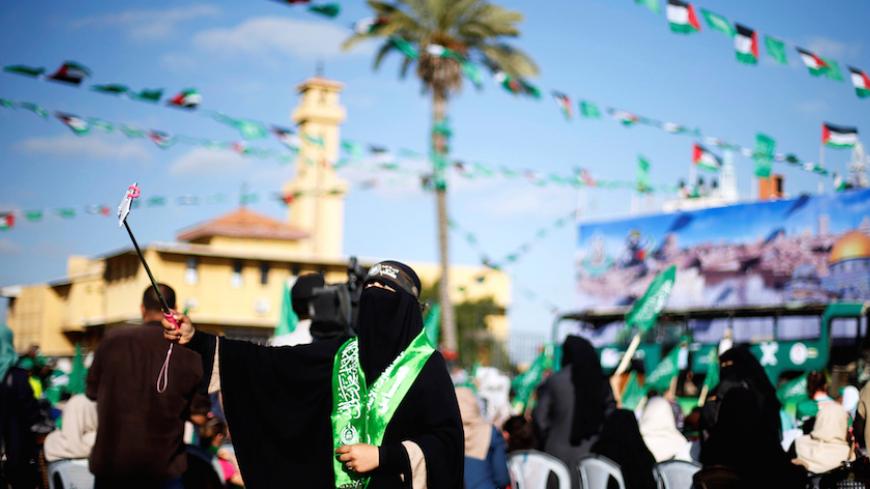 Defense Minister Avigdor Liberman does not hide his ambition to end Hamas' rule over Gaza. As an opposition figure, he declared that if he were defense minister, he would give Hamas senior official Ismail Haniyeh 48 hours to return the bodies of two Israel Defense Forces (IDF) officers and two civilians being held in the Gaza Strip. If Haniyeh refused, Liberman would ensure Haniyeh's death. When Liberman became defense minister at the end of May, he discovered that what looked like an effective, magic solution from a position of opposition appears otherwise from the Office of the Minister of Defense. His dream to bring down Hamas in Gaza has not, however, faded.

Ben Caspit wrote in Al-Monitor on July 13 that Liberman had instructed the defense establishment to prepare plans for Hamas’ overthrow. How the Hamas government will be brought down is not yet known, but it seems that Liberman is looking for the perfect excuse to bring along Netanyahu’s government in supporting the big move he plans against Hamas.

On Aug. 22, the Gaza Strip absorbed the heaviest Israeli air attacks since Operation Protective Edge (2014) in response to the firing of a Qassam rocket, for which a small Salafi organization calling itself Ahfad al-Sahaba claimed responsibility. Liberman ignored the indirect messages Hamas leaders sent to Israel declaring that they were not interested in an escalation and had already acted to halt further rocket fire.

Hamas did not respond to the Israeli air attack, which appeared to be a trap set by the defense minister. The organization refused to be dragged into a larger conflict, which could have helped Liberman realize his dream. In a conversation with Al-Monitor, Ghazi Hamad, a senior Hamas leader in Gaza, said that his organization is not interested in another violent confrontation with Israel, yet hinted that the movement could not stand idly by if the IDF continues to attack indiscriminately in Gaza.

Meanwhile, human rights activists claimed in a conversation with Al-Monitor that the defense minister is now trying to overthrow Hamas through a method more elegant than a military operation — putting obstacles in the way of aid organizations working in Gaza. According to them, Liberman is taking advantage of the arrest of two aid workers, from World Vision and the United Nations Development Programme, who are accused of embezzling funds provided by international organizations for the welfare of Gaza residents and redirecting them to Hamas' military wing, the Izz ad-Din al-Qassam Brigades, for building tunnels and military infrastructure.

In an Aug. 22 joint press release, Israeli human rights organizations warned that impeding their activity would cause a humanitarian disaster in Gaza. They claim to serve some 70% of Gaza's population, which suffers from poverty, destroyed infrastructure and contaminated water. The unusual announcement followed the assessment of organization workers in Gaza and human rights activists in Israel that Liberman hopes that by obstructing their work, the Hamas government will fall by itself.

The activists argue that Liberman believes that the aid organizations enable Hamas to shirk all responsibility toward the population and to focus solely on building its military capacity and military infrastructure, like tunnels, for another armed conflict with Israel. Liberman himself provided justification for this assessment the day after the recent massive attack on Gaza.

“My approach is rehabilitation for demilitarization,” Liberman told journalists. “That’s the equation. They [Hamas] levy taxes, but instead of building buildings, they build tunnels. Because they know that if there’s a [humanitarian] crisis, the State of Israel will solve the problem, the UN would solve the problem, the European Union. Someone will take care of them.”

It seems that Liberman’s working assumption is that without the aid organizations, which provide tens of millions of dollars a year to care for and help Gaza's impoverished local population, Hamas would have to take care of them itself and not be able to direct its resources and the tax revenues it collects toward building its military power.

There is no disputing that Hamas invests tens of millions of dollars in building tunnels and in establishing and maintaining a large military force. Its priorities in Gaza are clear. Security first and after that caring for the civilian population. In conversations with Al-Monitor, Gaza residents criticized these priorities, but also said that they fear openly condemning Hamas.

When I brought these statements to the attention of one of the movement's leaders who requested anonymity, he did not deny that the organization's funds are used to maintain a military infrastructure. Instead, he argued, it is to ensure the security of Gaza residents, who are subject to military attacks by Israel. Experience teaches, he said, that Hamas has no choice but to create deterrence through military balance in light of Liberman’s threats to overthrow it. “Imagine what would happen if the Israeli army wasn’t afraid to enter Gaza,” he said in a mocking tone and also noting that Israel’s security budget could solve many of its domestic economic problems.

Could additional economic pressure actually bring down the Hamas government? After the military revolution Hamas led in Gaza in 2007, it was thought in Israel that a tight blockade would bring an end to its rule over the territory. Nine years later, Hamas remains confidently in control.

Reality has proven that in terms of options, Hamas is actually the default. Israel could have probably overthrown Hamas over the course of the years, but the diplomatic and security establishments feared that toppling its government would create chaos in Gaza and worsen the security situation. Liberman often publicly expresses his strong desire to bring down Hamas in Gaza, but he has never explained what the alternative would be or how he envisions the situation after he realizes his ambition.