Are Turkey’s efforts to combat foreign fighters too late?

Since the June 28 airport attack in Istanbul, Turkey has been adopting measures against Salafist foreign terrorist fighters, but many observers wonder whether these anti-criminal measures aren't too late in dealing with root causes of Salafist terror. 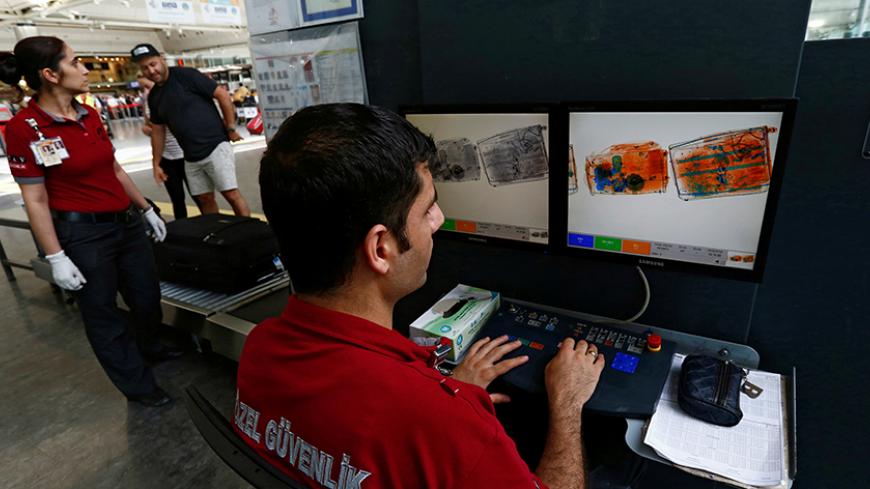 Turkey has a long history of dealing with terror and has accumulated a wealth of experience coping with its complexities. But the June 28 attack against Istanbul Ataturk Airport that killed 45 people signaled that Turkey is now facing a new type of assault.

These attacks come from extremist Salafi ideology groups with a loose network of links to the Islamic State (IS). They aim to take hostages and use armed assaults and suicide bombings to target areas where foreigners congregate, such as airports, hotels and shopping and tourism centers. Such attacks have taken place before in Mumbai, India; Nairobi, Kenya; Jakarta, Indonesia; and most recently Dacca, Bangladesh.

Ankara is now busy thinking of ways to deal with these types of incursions. But instead of developing a comprehensive and integrated strategy of coping with religiously motivated radicalism, Turkey is approaching the issue solely from the perspective of anti-criminal security and combating terror acts.

Security sources told Al-Monitor after the June 28 airport attack that they believe Ankara is finally recognizing the seriousness of the issue. But when asked whether Ankara is too late, the sources remained mute.

The new security package Ankara is putting together has two primary goals: to minimize the mobility of Salafi foreign terrorist fighters already in Turkey and to hunt them down.

Here, an important distinction must be made: IS in Turkey no longer relies on local networks such as the ones used for the Ankara train station attack Oct. 10 that killed 107 people, the July 2015 Suruc suicide bombing that killed 34 young peace activists and the attack at a political rally at Diyarbakir on June 5, 2015, that killed five people. IS is aware that Turkish security agencies have improved their surveillance and tracking of its networks in Turkey, so the group has shifted to foreign terrorist fighters.

"This explains why IS now prefers to use fighters coming from Central Asia and the Caucasus. IS has noted the tolerance shown by Turkish security agencies and also by the Turkish public to those fighters," a security source told Al-Monitor. "Until the airport attack, nobody in Turkey paid much attention to what an Uzbek or a Chechen was doing in Turkey, as long as he was fighting against [the regime of Syrian President Bashar al-Assad] or the YPG [People's Protection Units] in Syria. We were actually looking the other way. Not anymore."

Now the activities of Central Asian and Caucasian jihadi fighters are watched as closely as the operations of the Kurdish YPG.

So what are the measures Ankara is taking to restrict the mobility of these fighters and hunt them down?

In the past five years, about 4,000 people have been deported from Turkey because of their links to terrorism. Moreover, according to Abdulkadir Selvi of the daily Hurriyet, about 49,000 people from 100 countries have been banned from entering Turkey.

Meanwhile, serious steps are also being taken to boost the capacity of the Migration Management Directorate of the Ministry of Interior with new equipment, personnel and legislative support. The objective is to provide the directorate with more transportation and accommodation facilities to enable it to cooperate with the security and intelligence services and speed up deportation of illegal migrants.

Another major project is to regulate and control the accommodations of foreigners. In Turkey, especially in Istanbul, there are tens of thousands of furnished apartments rented out by the day. Foreign terrorist fighters in Turkey generally prefer to stay in these apartments.

The local administrator of Istanbul's Iskenderpasa neighborhood, where the airport attackers had stayed, said: "Today there are about 2,500 unregistered apartments in my district. Every day, 30-40 people come to complain that there are foreigners living in their buildings and nobody knows who these people are."

According to new directives to be issued by the Ministry of Interior, real estate agents will now be required to report to police the names of new tenants. A new software system will be made available to coordinate communications between the real estate agents, landlords, the local administrator and the police.

In interviews with Iskenderpasa residents, Al-Monitor noted that many had no idea how to report suspicious foreigners they see in their area. Some residents say they actually reported their suspicions to police but no action was taken.

Ankara is also trying to overcome the frequent mistakes made in foreign names used on domestic bus and air travel tickets. More than 3 million foreigners are frequently traveling inside Turkey, often with misspelled or incomplete names on tickets issued by bus and air travel companies. This makes police investigations after an incident extremely difficult. Ankara is trying to devise a system that will result in full, accurate names on passenger manifests. One security official said there is even a proposal to use biometric passport photos. This could be relatively easy with air travel, since only a small number of companies would be involved. But at least 1,000 travel companies operate in Turkey’s widespread bus transportation market and nobody has yet figured out how their generally small offices could deal with biometric requirements.

"Since the October 2015 attack in Ankara, security services show absolutely no tolerance for extremist Salafi bodies and networks. That forced IS to practically end its use of Turkish IS militants. Jihadi terrorists from Central Asia and Caucasia were the soft underbelly of Turkey," a security official told Al-Monitor.

Another security official confirmed that Turkey is working hard to limit foreign terrorists' mobility and to apprehend them, but that it is a complicated affair. "We know that IS militants, especially foreigners among them, are seriously under pressure in Syria and Iraq. They are now in reverse migration, trying to return to Turkey with their families."

At first, Turkey was not affected by jihadi migration to Syria and Iraq, but it is now becoming the first country to be seriously threatened by this reverse migration. Ankara has belatedly realized that it is the nearest "Western" target for IS. While everyone seems to be debating whether 2016 will be the end of IS in Syria, Turkey is just starting to deal with its struggle against IS and foreign fighters.