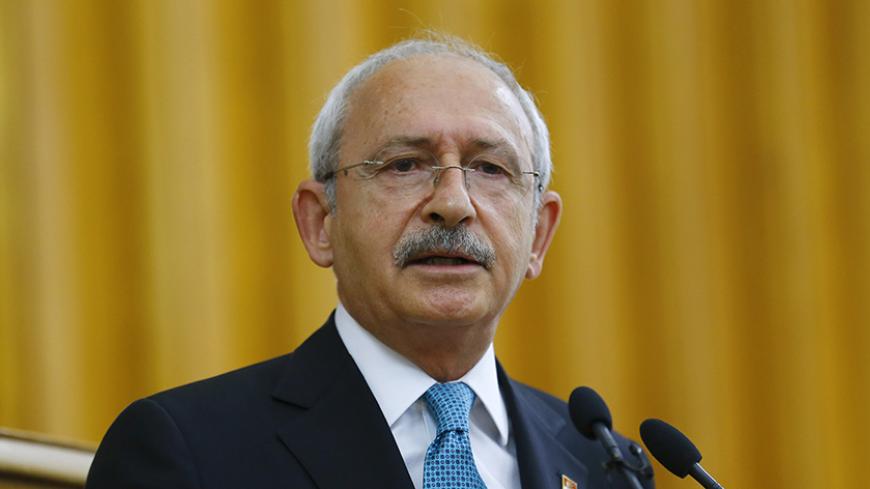 The military coup attempt against the Turkish government over the weekend fell flat as a deeply divided nation stood united in solidarity. The rare display of unity, including opposition parties and media outlets critical of the government, has offered a glimmer of hope that Turkey’s long-standing polarization could be thawed to some extent. Yet any prospect of reconciliation and the fate of Turkey’s crippled democracy remain uncertain in the wake of the unrest, with the final say resting with President Recep Tayyip Erdogan.

Just days before the botched coup attempt, a heavyweight member of the ruling Justice and Development Party (AKP) had made a remarkable appeal, saying that fence-mending deals with Russia and Israel should be followed with efforts to heal internal rifts. “Now it’s time to multiply friends at home,” AKP co-founder and former parliament Speaker Cemil Cicek said in early July, referring to Ankara’s new slogan of “more friends, less enemies” in the region.

Prime Minister Binali Yildirim lent support to Cicek’s appeal, pledging on several occasions to “expand the circle of friendship both at home and abroad.” The premier’s message was important, for he is known as a staunch Erdogan loyalist unlikely to utter anything the president disapproves of, and even less so to repeat it several times. Moreover, Erdogan — who has a record of publicly contradicting and embarrassing ministers who cross the line — kept silent on the issue, which seemed to suggest a tacit blessing.

In its 14-year rule under Erdogan’s leadership, the AKP has relied heavily on a policy of polarization, centered around an omnipresent “enemy” to be constantly fought and shown as a target to the party base. The “enemies” have varied. Today, chief among them are the followers of US-based cleric Fethullah Gulen, held responsible for the coup attempt and branded a terrorist organization after a 12-year comradeship with the AKP. At other times, they have been the Gezi Park protesters or Kurdish militants and politicians who were once the government’s partners in a “settlement process.” Opposition parties and critical media outlets have also taken their share of the onslaughts. This strategy has kept producing electoral victories for the AKP at the expense of alienating large segments of Turkish society, which remain highly demoralized, exasperated and gloomy over their future. In this context, the coup attempt has added to their gloom, exacerbating worries over democracy and the direction Turkey is heading.

Yet even those alienated quarters, including opposition parties and the press, stood up against the coup attempt. The AKP found its “enemies” standing by its side, despite all the repression they have suffered at government hands.

At an emergency parliamentary session on July 16, hours after the coup was suppressed, both Yildirim and parliament Speaker Ismail Kahraman acknowledged this wide support. Hailing “the beginning of a new chapter,” Yildirim said, “I promise before the nation that we’ll stick tightly to the spirit of unity that has emerged today.” Opposition leaders, for their part, reasserted support for the government against the coup, while emphasizing democracy and the rule of law. Pleased by the show of solidarity, Erdogan called opposition leaders Kemal Kilicdaroglu and Devlet Bahceli to thank them — no small gesture on his part in the toxic climate that has dominated the political scene.

Still, Erdogan has appeared less willing to sustain the message of reconciliation in the daily speeches he has been making to crowds of supporters who remain mobilized in the streets after coming out on the night of July 15, heeding the president’s appeal to confront the soldiers. Erdogan has lent his support to calls for reinstating the death penalty. Any legislative move in this direction threatens to open new political rifts, finish off what remains of Turkey’s EU membership prospects and stoke popular fears over the country’s course.

Many are already appalled by scenes that unfolded during the coup attempt, as some who took to the streets seemed to be driven more by religious fervor than a resolve to defend democracy. Violent crowds mobbed soldiers, beating and whipping young conscripts who seemed clueless about what was going on. Some carried guns, many chanted Allahu akbar and some tried to march on Alevi neighborhoods, shouting inflammatory slogans. An Erdogan aide, meanwhile, suggested that gun-licensing rules should be loosened so that people could arm themselves against future coup attempts.

This anxiety was expressed as a question to Yildirim after a Cabinet meeting July 18. The premier cautioned against “provocations” and maintained his conciliatory message. “Today is not a day to care about differences in attire,” he said, in an apparent reference to conservative and secular lifestyles. “Today is a day for unity and togetherness.”

Yet tension and turmoil continue in the aftermath of the unrest. Along with the thousands of military officers arrested, thousands of judges and prosecutors, police officers and senior public servants have been removed from office in an ongoing purge targeting alleged Gulenists entrenched in the state. Where Turkey goes from here remains to be seen, but Erdogan is the undisputed power steering the wheel.

For Cicek, the direction the country should take is clear. “My appeal is not a momentary or seasonal one. It’s something that Turkey needs permanently,” Cicek told Al-Monitor days before the coup attempt. “We live in a difficult region, where divided nations can be easily [undermined]. Hence, barring those who take aim at the country’s peace and unity, people must be reconciled, on friendly terms and respectful with each other, regardless of their political convictions, faiths and ideas. That’s how civilized, modern societies are.”

The veteran politician stressed that the prime minister shared his message and Turkish society in general is eager to see tensions defused. “As far as I can see, everybody is hopeful on this issue. If we can have dialogue with [Russian President Vladimir] Putin and [Israeli Prime Minister Benjamin] Netanyahu, then we can have dialogue with the leaders of Turkey’s political parties as well. And when we used to have that dialogue, we accomplished great things,” Cicek said, pointing to a series of EU-demanded reforms that the AKP had passed in cooperation with the main opposition in the early days of its rule.

“Now, the necessity is even greater,” he said. “Compromise is not some weakness in faith or an ideological detour; it’s a must for coexistence.”