The downfall of Israel's top tycoon

Nochi Dankner's financial empire has been revealed as a house of cards, and now the Israeli tycoon may be on his way to prison. 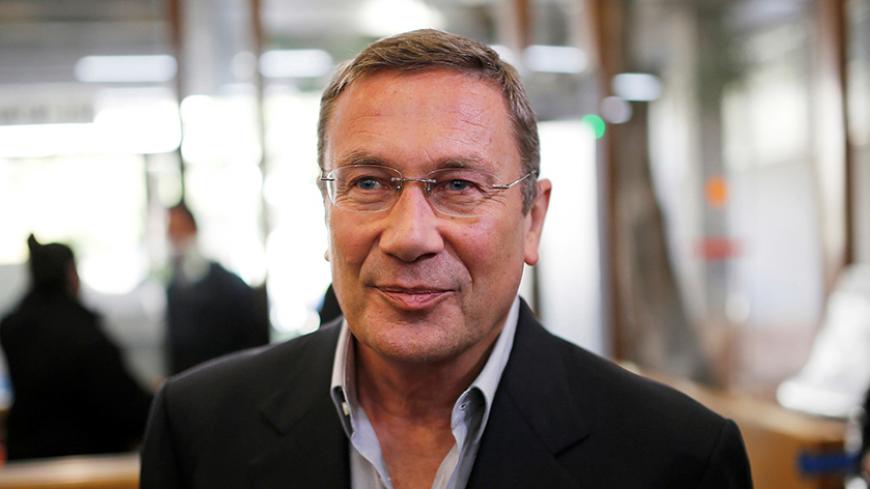 This week, the Tel Aviv District Court witnessed one of the steepest downfalls in the history of Israel’s economy and capital market. Nochi Dankner, the “golden boy” of the Israeli economy who until about three years ago held sway over a tremendous business empire, was convicted of securities fraud July 4. Dankner was found guilty of carrying out millions of dollars' worth of fraudulent transactions on behalf of his company IDB Holdings Corp. in an attempt to raise share prices and save his empire from collapse.

Dankner was, until recently, the most powerful man in the Israeli business world. Prime ministers waited at his door, and the banks worshipped him. Journalists, mayors and politicians made pilgrimages to see him. Dankner was an impressive, well-spoken man with a magnetic personality. People used to say that if he wanted, he could easily transition from business into politics and secure Israeli premiership.

Instead, Dankner now awaits what is expected to be an actual prison sentence.

Dankner is paying for the sin of arrogance and greed, for not reading the writing on the wall and believing everything that people said about him. His fall from grace did not begin this week. Three years ago, Dankner had already lost the IDB Holdings business empire over debt arrangements and insolvency. Now, Dankner is likely to lose his personal freedom as well. He has almost no personal capital left. Recently, he vacated the luxurious villa where he lived for the past decade.

We are talking about much more than a mere business failure. The collapse of the Israeli strongman signals the victory of the summer 2011 social justice protests. The case also marks the official end of an era of pyramid schemes, in which sleights of hand turned a handful of businessmen and tricksters into tycoons. While investing very little of their own capital, these conjurers exploited funds from the public and the pensions of millions of Israelis to make easy profits.

Dankner is nearly the last of his kind. As of now, the only survivor among the tycoons who ruled Israel until recently is Yitzhak Tshuva, who made a fortune as a party to the discoveries of giant natural gas reserves off Israel's shores, together with American Noble Energy.

Over the past two years, other fallen Israeli tycoons have included Moti Ziser (who passed away this June), Eliezer Fishman, Lev Leviev, Ilan Ben-Dov and many others who found themselves in financial difficulties. Some of them lost all of their assets, while others are struggling to survive debt arrangements.

Dankner was the most prominent and influential of them all, the scion of the Israeli economic aristocracy. A local prince, impressive and charismatic, he was a very good friend of former Prime Minister Ehud Olmert, an associate of late Prime Minister Ariel Sharon and closely linked to Prime Minister Benjamin Netanyahu until just before the crash. Dankner contributed a lot of money to local municipalities, city councils and charities, acquiring a flock of enthusiastic admirers among the municipal authorities.

Then, in July 2011, the social justice protest burst out in Israel and hundreds of thousands demonstrated in Tel Aviv. Netanyahu was stricken with alarm, and so was Dankner. One evening, during one of the largest demonstrations, Netanyahu and Dankner spoke on the telephone. According to a Channel 10 probe, Netanyahu said to Dankner, “This is a protest against both of us.” At first they tried to coordinate their positions, but Netanyahu soon broke off contact. He understood that links to hated tycoons had become too heavy a millstone around his neck. Netanyahu's career survived the social justice protest. Dankner's didn’t.

Between 2000 and 2010, many assets were amassed by a few tycoons and economic power became unprecedentedly concentrated, turning Israel into a centralized market. It was in this decade that Dankner built his empire. He acquired IDB, the Israeli economy’s largest and most influential concern, with hardly any of his own capital. Dankner's personal charm and image and his connections to the banks granted him illusory levels of credit. Via a network of private companies, Dankner, as controlling shareholder of IDB Holdings, controlled giants such as Shufersal, Israel's largest supermarket chain; Cellcom, Israel’s largest cellular company; a giant insurance company; a monopoly on cement; a large chemical company; and many other enterprises and firms that made the IDB head the kingpin of Israel’s entire economy.

But Dankner was insatiable. He adopted the lifestyle and manners of a billionaire: glittering offices on the 42nd floor of a magnificent tower in Tel Aviv, a personal butler and an obedient entourage. The more time that passed, the more Dankner came to believe in his own infallibility.

But Dankner erred, big time, and suffered a series of disasters. Together with businessman Tshuva he acquired the enormous New Frontier hotel and casino in Las Vegas just before the real estate bubble collapsed in the United States. Dankner invested billions into stocks of the Swiss banking giant Credit Suisse and lost a good portion of the money. Simultaneously, the social justice protest broke out in Israel and Communications Minister Moshe Kahlon embarked on a large-scale reform of the cellular market. The protest wiped out the fat dividends that Dankner drew from Shufersal and the cellphone reforms killed Cellcom revenues.

Dankner’s cash flow suddenly dried up, and he embarked on a series of desperate tactical maneuvers to save himself.

One of them was dubbed “The Friends’ Offering,” in which Dankner tried to raise capital in the securities market in the 11th hour by encouraging close friends to buy IDB stocks to avert a crash. With stock prices already nosediving, Dankner used fronts to acquire them, artificially inflating their value. In this way, IDB raised several hundred million shekels, but it was not enough to avert the crash.

The Dankner affair exposed the soiled relationship between wealth and government, the unhealthy manner in which the Israeli economy has functioned over many long years, the irresponsibility and anarchy among the regulators and their contemptuous disregard for the public. Dankner’s “golden touch” had become a curse.

In his courtroom testimony, Dankner talked about “black swans” that had plagued him for a long time, a reference to the cellular reform, the credit crisis and the social crisis. Dankner was full of excuses, pretending that he, the famous businessman, had been the victim of exterior misfortune and hostile decisions. But the truth is that there were no black swans, only erroneous decisions and a distorted view of the world. There is still a lot to be fixed in the Israeli economy. And there is no guarantee that there is anyone out there capable of making the needed changes.