Turkey’s government has drafted an unprecedented bill to pave the way for a massive purge in the highest echelons of the judiciary, which many believe will spell the death of judicial independence. 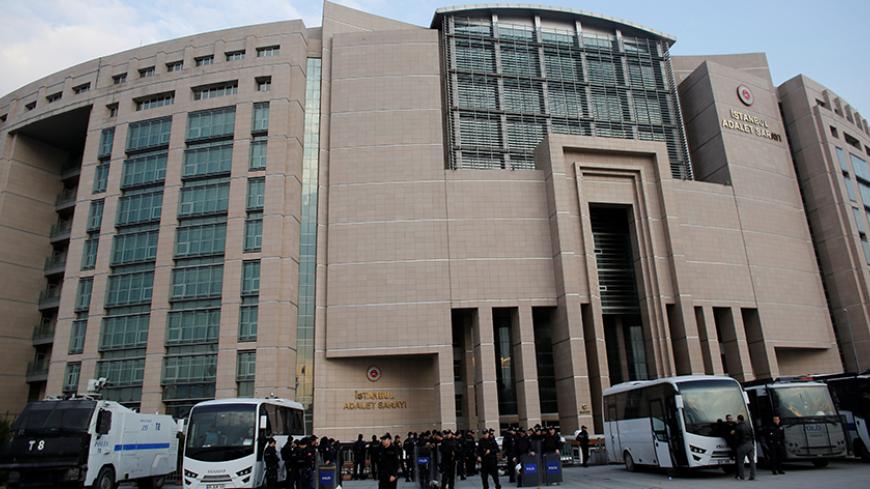 Turkey’s ruling Justice and Development Party (AKP) has long been under fire for eroding judicial independence, but as it recently turned out, it had kept the real rabbit in the hat. On June 13, the government submitted to parliament a bill envisaging a massive purge at two of the country's highest courts, which many say will put the last nail in the coffin of judicial independence and separation of powers.

The bill envisages the removal of all members of the Supreme Court of Appeals and the Council of State, the top administrative court, except for their presidents, chief prosecutors and department chiefs. The changes would affect about 700 judges. The Supreme Board of Judges and Prosecutors (HSYK) would then make new appointments from scratch. Most of the incumbent judges — particularly those seen as troublesome, according to critics — are bound to clean out their desks as the bill cuts down available positions to 416 and then gradually to less than 300.

The unprecedented bill, which came only days after a nationwide reshuffle of thousands of judges and prosecutors, is justified with the upcoming introduction of regional appeals courts, which will purportedly take a significant workload off the two courts and make much of their staff redundant, and with efforts to weed out members close to the Gulen movement, which was last month officially designated as a terrorist group.

Both arguments, however, are unconvincing. In December 2014, the government added 144 new members to the Supreme Court of Appeals and 33 more to the Council of State, ignoring criticism of bloating the courts. And in 2010, when it spearheaded constitutional amendments overhauling the judiciary, it had dismissed concerns that the changes would play into the hands of judges and prosecutors close to the Gulen community.

Another alarming provision in the draft extends the shake-up to the Higher Electoral Board, which is responsible for election security and decides objections during elections. The board's 11 members would be similarly removed from office, with the new appointments up to the new members of the Supreme Court of Appeals and the Council of State.

One may wonder why the bill spares the two courts' presidents, chief prosecutors and department chiefs. Given their recent conduct, this seems to be a reward for their docility. Along with other colleagues, the court presidents have come to accompany President Recep Tayyip Erdogan on his domestic trips and applaud his vitriol against the opposition at public events.

The HSYK, meanwhile, remains untouched, and the draft entitles it to select the judges for the restructured courts. This is because the board has proved its ability "to work in harmony with the executive" — as one of its own officials once pledged — and other important skills. In 2014, for instance, when the HSYK had to appoint 177 new members to the two courts, it managed to finish the task in just three days, well before the 15-day deadline had expired. Under the draft, it will now have five days to make the appointments.

Twenty-four members of the Council of State, meanwhile, would be appointed by Erdogan, who once famously described the judiciary as "shackles" on his feet. The appointment of judges is among the president's constitutional powers, but never before has a president appointed about a fourth of a court's members in one go.

The presidents of the two courts have kept mum on the planned shake-up, in contrast to vocal outcry from other jurists, including their predecessors and the Turkish Union of Bar Associations. The head of the Supreme Court of Appeals, Ismail Cirit, has managed to raise an objection only to a provision that limits the judges' tenure to 12 years.

In an article in the daily Cumhuriyet, Sami Selcuk, a former head of the court, slammed the silence of incumbent presidents. Referring to Cirit’s attitude, he wrote, “Mr. President spoke just for the sake of appearances. I wish he had not spoken at all. In a sense, he lent support to the draft."

Hasan Gerceker, another former president of the court, told Al-Monitor, "I'm upset by the silence of judicial bodies. They are the ones to actually raise the objections. And when they keep silent, there is nothing left to say."

Regarding the substance of the draft, Selcuk decried it as the "last nail in the coffin" of judicial independence. "The planned system is compatible neither with the Anglo-Saxon nor the continental European system. It's peculiar and nonsensical. It's harmful," he wrote in the same article for Cumhuriyet. "Such changes could be found only in times of military coup. In a normal legal order, no one can even dare to think of [such changes]."

Pointing to persistent government efforts to control the judiciary, Selcuk added, "We've never experienced interferences on such a scale in the past five decades. As a former judge, these are days of mourning and shame for me. [The draft] has prepared the coffin for the judiciary, which is already ailing and suffering from a crisis of confidence. I hope the legislature doesn't put the last nail in the coffin."

Gerceker, for his part, told Al-Monitor that the draft was "in full conflict" with the principles of judicial independence, the separation of powers and the rule of law. As a result of government "tampering" over the years, the judiciary has become "bloated as nowhere else in the world," but the way to downsize it cannot be through "means incompatible with the rule of law," he stressed. "Obviously, the [real] purpose is something else," he added.

Finally, how do the reshuffles sway judicial rulings? Veteran Hurriyet columnist Taha Akyol, a lawyer by education, gave a striking example in his column last week. He recalled that the AKP's plan to raze Istanbul's Gezi Park for a controversial construction project — the spark that ignited nationwide anti-government protests in the summer of 2013 — was blocked by a local court and the Council of State upheld the ruling. Later, the Istanbul Metropolitan Municipality requested a review of the judgment. The review was up to the same chamber of the Council of State, but its composition had in the meantime changed following the 2014 amendment. With three newly appointed judges versus two old ones, the chamber ruled in favor of the municipality, reopening the door for the politically explosive development plan. As a result, three years after the deadly Gezi Park protests, Erdogan is again vowing that the project will go ahead.