Why Syria's Kurds are cooperating with Russia

While the Syrian opposition accuses the Kurds of cooperating with the regime and Russia, the Kurds say they're doing so to fight the Islamic State. 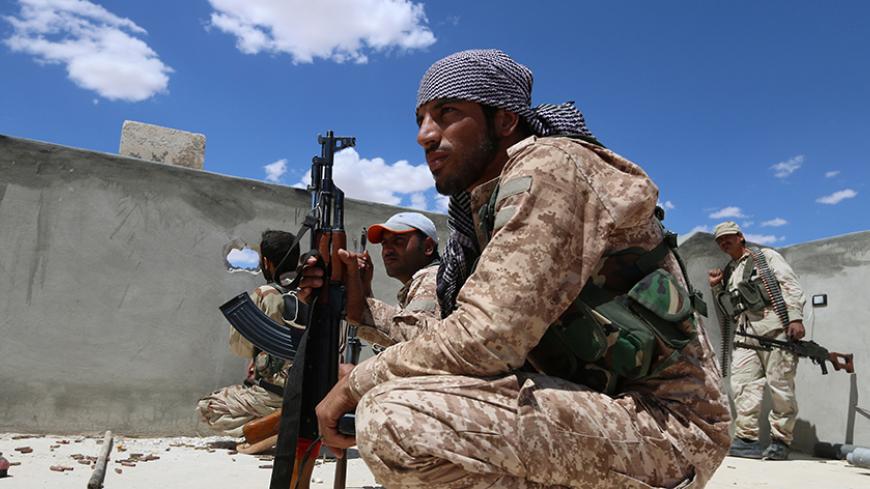 GAZIANTEP, Turkey — Since the Syrian revolution began in 2011, the Kurds have not engaged in direct military confrontations with the regime of President Bashar al-Assad, which has not shelled their areas as it has other Syrian cities, even though the Kurds have always opposed successive Syrian regimes.

Kurdish fighters from the People’s Protection Units (YPG), who are accused of embracing the ideology of the Kurdistan Workers Party (PKK), managed to earn the international community’s trust after the 2014 battle for Kobani. This feat led to an international consensus, including the United States and NATO, to support them in the face of the Islamic State. Yet the Syrian opposition accuses the Kurds of being allies of Russia, which is shelling Syrian areas, and of cooperating with the regime through Russia. Buthaina Shaaban, political and media adviser to the Syrian regime, said in a Feb. 20 statement that the Kurds are cooperating with the regime through a Russian agreement.

In October, the Washington Institute for Near East Policy published an article by Fabrice Balanche warning that the US-supported, Kurdish nationalist Democratic Union Party (PYD) "will not hesitate to cooperate with Damascus and Moscow in the north if Turkey and the United States continue prohibiting the unification of Kurdish enclaves” including Afrin, Kobani and Jazira.

Talk of Kurdish ties with the Kremlin raised concerns, particularly in the United States, whose government armed the Kurds. Also, the possible Kurdish-Russian ties increased Turkey’s fears that the Kurds’ influence would grow near its border with Syria. Those fears increased in October, when Moscow expressed its readiness to cooperate with any forces fighting against IS in Syria and commander Sipan Hemo demanded that Russia supply the YPG with weapons and coordinate with the group against IS.

While Russia hasn't confirmed its military support for the Kurds, it did declare its political support at Oct. 21 meetings with the PYD in Moscow. The meetings resulted in Syrian Kurds opening a representative office in Moscow on Feb. 10.

Maram Daoud, a leader of the Charter of Dignity and Rights​, told Al-Monitor the majority of political parties in Syria have regional and international ties and agendas.

“Relations are [usually] built with one or more than one regional or international party, particularly those having a military agenda," he said. “The Syrian Democratic Forces [SDF] that was recently formed to replace the Kurdish YPG has ties with both Russia and the US-led coalition based on mutual interests.”

Daoud believes the SDF is taking advantage of the international community's priority of fighting terrorism, which is a common denominator for Russia and the United States. The SDF is advancing in areas held by terrorist organizations such as IS and Jabhat al-Nusra in Syria.

He believes the SDF, which includes groups of different ethnicities, is introducing itself as the nucleus of a new military force with a secular bent.

Regarding Russian political support for the Kurds, Daoud said Russia wants to expand the opposition circle in the Geneva talks by supporting the PYD on one hand and a Syrian opposition group based in Hmemim on the other.

“Russia supports all of the forces that do not clash with the Syrian Arab army, as well as all of the forces opposing the Turkish- and Gulf-backed opposition,” he said. Daoud added that it is possible for any party to open a representative office in Russia and the United States without being recognized as a federation.

The YPG defeated IS in 2015 in Kobani. Today, the SDF is besieging IS strongholds in northern Aleppo province, starting with the city of Manbij and its surrounding areas, with the support of political parties such as the Kurdish political umbrella group the Movement for a Democratic Society.

Nasser Haj Mansour, an adviser to the SDF general command, told Al-Monitor that the SDF is fighting IS for strategic and ideological motivations. He said of SDF relations with Russia, “The Russian airstrikes against IS and Jabhat al-Nusra in Syria serve and support the SDF.”

He added, “Russia politically supports the Kurds’ participation in a political solution in Syria, considering that this position is based on Russia's deep and realistic understanding of the situation in Syria.”

British Foreign Secretary Philip Hammond said in February that the Kurds are coordinating with the regime and Russia. However, Haj Mansour said that perception is not based on fact. He described the statement as a way to “woo" "international parties," referring to Turkey, which he described as the “regional anti-Kurdish policeman.”

The Kurdish city of Afrin in Aleppo province has been besieged since 2013 by the Syrian opposition, making relations between the Kurds and the opposition hostile. Afrin Defense Committee spokesman Fawzi Suleiman told Al-Monitor, “There is no serious cooperation between us and the Russians, but we coordinate with them and inform them of our locations in Aleppo province so they are not bombed,” he said.

Suleiman added that Kurds need to establish relations with all countries without exception — even with Turkey, if necessary, saying, “We will not turn our back on those who wish to help us."

​Alaeddine Khaled, a member of the Syrian Democratic Council’s governing body, agrees with Suleiman that the SDF and even the council welcome the support of all countries that seek to halt the Syrian war. Khaled, who is also general coordinator of the Syrian National Democratic Alliance, told Al-Monitor the groups support good ties with Russia and the United States as sponsors to finding a political solution in Syria. He said the alliance is “ready to build bridges with the parties that recognize the right of Syria’s components in general and the Kurds in particular.”

Khaled accused Turkey and the Gulf countries of standing in the way of the Kurds’ participation in the on-again, off-again Geneva peace talks on Syria. Yet he mentioned that a meeting was recently held between Russian Foreign Minister Sergey Lavrov and Syrian oppositionists, and that the meeting was attended by PYD representative Khaled Issa in Vienna, where Lavrov spoke of the Kurds’ participation in the Geneva conference.

He said he considers the Syrian Democratic Council to have a natural right to participate in the Geneva conference, and that the conference will fail if such a key Syrian component is marginalized.