The second season of the Saudi show "Selfie" is winning popular praise but riling up critics during the particularly sensitive holy month. 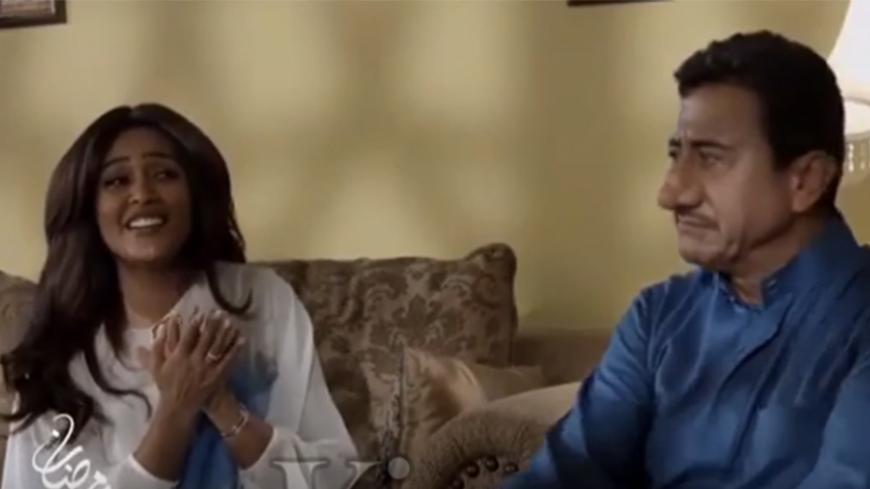 Characters speak with each other in the popular TV comedy "Selfie," May 13, 2016. - YOUTUBE/Video New

Since the holy month of Ramadan began June 6, Saudis have been enchanted — and enraged — by “Selfie,” a famous serial TV comedy now in its second season. The show has inflamed public opinion and infuriated many Saudis.

Ramadan is associated with piety and intense rituals including prayers, charitable deeds and supplication. But in recent years, Ramadan has also brought heated debates, excommunication and even calls for beheading those who challenge people’s sense of piety and propriety.

Emotions run high during Ramadan. Public displays of piety are highly valued, while at the same time transgressors can be severely punished.

In the past, Saudis have come to appreciate new television series aired every night during Ramadan to entertain and pass the time. From the glorified lives of pious Muslim leaders and commanders of medieval times to the intrigue of later caliphs, TV producers draw their audiences with stories narrated with obvious political, and always ideological, messages. Given that reading books is not on the agenda of many young Arabs, these dramatized historical episodes inform people about the past, often without a critical gaze. The serial dramas create nostalgia about a glorious history, standing in contrast with everyday lives.

But this year, a black comedy is causing a great deal of controversy.

Many Saudis impatiently wait for the evening show and enjoy the laughter generated by Nasser al-Qasabi, an actor and comedian who makes fun of a range of contemporary personalities and issues. His comedy is a huge departure from the formulaic and serious dramas about historical heroic battles and caliphs.

In 2015, Qasabi received a death sentence from the Islamic State (IS) on Twitter following an episode in which he played the role of a Saudi father going to IS territory to save his son who had joined its ranks. There he fakes surprise as he discovers a group of other Saudi boys already enchanted by global jihad. When the father arrives in what looks like Raqqa, Syria, he says, “It feels like Tahliya Street,” a fashion and retail hotspot in Saudi Arabia. "Selfie" comically portrays the lives of men and women under IS, in addition to mocking rigid social traditions related to marriage, gender and other topics relevant to Saudi society.

This year in Saudi Arabia, “Selfie” started with a hilarious episode called “Alla Mathhabak” (“Your Sect”). It tells the story of two clerics, one Shiite and one Sunni, waiting for their wives to give birth at a hospital. Under the pressure of the Gulf War in the 1990s, the hospital staff mixed up the newborns, who ended up being handed to the wrong fathers. One day, each father receives a call from the hospital informing him of the error. After deliberations, the fathers agree to exchange the now-grown boys to receive their own biological sons. Here the comedy starts and laughter follows.

The mothers weep as they cannot cope with the return of their real biological sons brought up in the wrong sect, while the fathers struggle to re-educate the boys in their own religious tradition. The parents have a hard time exorcising “Yazid” and “Abd al-Zahra,” two symbolic characters lurking in the boys’ psychology after having been brought up by the wrong parent. For the Shiites, the Muslim Caliph Yazid represents Sunni atrocities against Ahl al-Bayt, the prophet’s household. For the Sunnis, Abd al-Zahra (the Slave of Zahra, the name given to Fatima, the prophet’s daughter) represents Shiite innovation and heresy, as all Muslims should be slaves of God.

The comedy was certainly divisive, and its "Selfie" hashtag becoming a heated platform for admirers and critics. Lawyer Abdul Rahman al-Lahim praised the episode, saying it was better than hundreds of books on sectarian coexistence and interfaith dialogue. Similarly, Shiite ex-dissident and writer Tawfiq al-Saif also praised the episode for criticizing sectarianism.

On the other side of the sectarian divide, some Saudis imagined the praise to be a Shiite-liberal conspiracy to undermine Sunni Islam on TV screens.

Qasabi has earned several fatwas excommunicating him since he tackled sensitive religious issues in his previous comedies, the most famous being “Tash ma Tash.” Qasabi and his wife, sociologist and novelist Badriyah al-Bishr, moved to Dubai, she once said, because she didn’t want to send her two sons to a school where the teacher depicted their father as a kafir (nonbeliever).

This year, several clerics expectedly spoke against “Selfie” and how it has gone too far, undermining Islam and mocking its clerics. The main criticism seems to point to an alleged bias against Sunnis and in favor of Shiites. Qasabi is reprimanded for concentrating his mockery on the largely Sunni IS and not dramatizing the killing of Sunnis in Iraq at the hands of al-Hashd, the Iranian-backed Shiite militia.

In his comedy, Qasabi always mocks the attire of Saudi Salafists by wearing a shorter-than-usual white shirt and an excessively bushy beard, both considered cherished traditions and upheld by Saudi Salafists. The cleric's speech and sermons are dramatized to depict ignorance, misogyny, sectarianism and literally uninspiring but potentially dangerous preaching. He also mocks those who swiftly move from leading a life of debauchery to becoming ardent supporters of radical religious views. He plays on the zealotry of born-again Salafi Muslims.

“Selfie” has truly made a mockery of Salafists, and this seems to be not only appreciated, but also encouraged by its Saudi sponsors. MBC, the TV station where all this unfolds daily, is owned by Walid ibn Ibrahim, the brother-in-law of the late King Fahd.

While religion is truly interlinked with politics in Saudi Arabia, the comedian and his team have only chosen to target the former with their humor. It will be a long time before they dare to tackle the other wing of this drama in the lives of many Saudis — namely the political agents who had worked in, cooperated with and sponsored what has become a global menace: the Salafi-inspired jihadi violence and sectarian killing. We may never see a Saudi Blackadder, a British comedy in which comedian Rowan Atkinson mocks the stupidity and ignorance of the prince regent.