Why Iranians are turning against Leonardo DiCaprio

The announcement of a Hollywood biopic about 13th-century Persian poet Rumi with Leonardo DiCaprio in the lead role has sparked an outcry among Iranians. 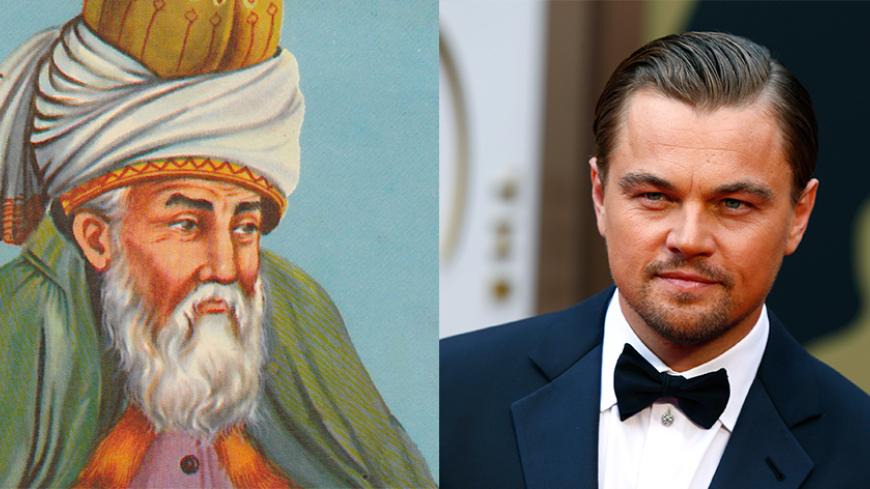 Leonardo DiCaprio (R), seen arriving at the 86th Academy Awards in Hollywood, California, on March 2, 2014, will feature as Persian poet and scholar Jalaluddin Muhammad Balkhi (L), known in the West as Rumi, in an upcoming biopic. - REUTERS/Lucas Jackson

Hollywood will soon roll out a biopic about 13th-century Persian poet and scholar Jalaluddin Muhammad Balkhi. Oscar-winning screenwriter David Franzoni, who wrote the script for the 2000 blockbuster "Gladiator," will be working on the film in collaboration with Turkey.

Known in Iran as Molana (Our Master) or Molavi (My Master) and in the West as Rumi, Balkhi was born in the city of Balkh in present-day Afghanistan, which then was part of the Persianate Khwarezmian Empire.

The announcement of the upcoming biopic has already stirred controversy. Talk of Leonardo DiCaprio being cast as the Persian poet has sparked an outcry centered on charges of "whitewashing" — especially in Iran, Turkey and Afghanistan, all of which claim Rumi as their national poet.

Iranian film critic and writer Ahmad Talebinejad told Al-Monitor, “The United States and the West’s fascination with Molana, or as they call him 'Rumi,' started just a few years ago. He is not only appealing in the world of cinema, but also in music and poetry. This is perhaps because of his all-encompassing view of the world. I mean, if we look at his interpretation of life and existence, we realize that he saw the entire world as his home and hence he does not belong to only one group of people.”

Talebinejad referred to the book "Rumi: The Fire of Love" by acclaimed writer Nahal Tajadod, which tells the story of Rumi’s life, and said, “It’s not clear how much of this story is rooted in reality. However, it portrays Molana as a unique individual. This is exactly how the public sees him, and in this context, perhaps the people in Hollywood also have a right to make a film about him.”

A child at the time, Rumi and his family fled Balkh during the Mongol invasion and traveled through Baghdad, Mecca and Damascus before settling in Konya, which is located in present-day Turkey. Molana taught Islamic theology until his late 30s when he met Shams of Tabriz, a Persian mystic who transformed his life and became the source of inspiration behind Rumi’s epic collection of poetry.

It is said that the meeting between the two lasted for 40 days, during which Shams taught Rumi in seclusion. Later, Rumi wrote thousands of verses expressing his spiritual love for Shams, which are collected in two masterpieces of Persian poetry: "Divan-e Shams-e Tabrizi" ("The Teachings of Shams of Tabriz") and "Masnavi-e Manavi" ("Rhyming Couplets of Deep Spiritual Meaning").

Iranian journalist and film critic Reza Sedigh told Al-Monitor he thinks that Hollywood producers are not capable of understanding the true relationship between Rumi and Shams. He said, “Perhaps a figure such as [medieval Persian poet] Omar Khayyam might have been of more interest for Hollywood, since his poems and manner are closer to modern times. For instance, Khayyam said, 'Be happy for this moment. This moment is your life.' So when faced with the question of why Hollywood has gone after Molana: Do Western producers comprehend Eastern mysticism? What understanding do they have of Masnavi [one of Rumi’s most prominent works of poetry]? And can they reach the necessary understanding [of these things]? Unfortunately, the answer is 'no.'”

But what image do the film’s producers have of the Persian poet? In an interview with The Guardian, Franzoni said, “He’s like a Shakespeare. He’s a character who has enormous talent and worth to his society and his people, and obviously resonates today. Those people are always worth exploring.”

Sedigh told Al-Monitor he believes that Hollywood will present a “defaced” image of Rumi and Shams, saying, “This is exactly what Hollywood has done and will continue to do with history, and especially the history of the East. If one looks at the film 'Noah,' directed by Darren Aronofsky, one can see the huge gap between the real story and Hollywood’s distortions. How can Hollywood understand such events when it can’t identify with or has not lived with the Eastern mentality of such prominent figures?”

What has drawn the most ire is the talk of Leonardo DiCaprio potentially being cast as Rumi and Robert Downey Jr. as Shams of Tabriz. People have taken to Twitter to voice their frustration with the hashtag “RumiWasntWhite.” Critics asked “why no key or positive role is ever given to Middle Eastern actors,” with responses referring to “the dominant racial preferences in Hollywood.” Some netizens, however, wrote that such questions are “principally wrong, as they themselves give rise to racism.” Meanwhile, others have expressed concerns over the Turkish government’s “appropriation” of Rumi. 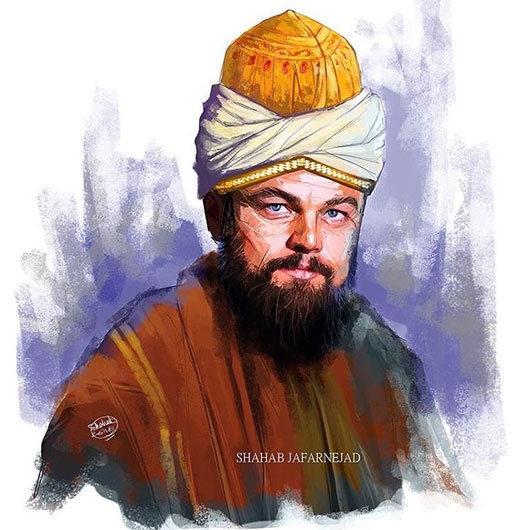 Talebinejad told Al-Monitor the key commonality of all these objections is political, saying, “We Iranians think Molana belongs to us, and the Afghans believe he belongs to them. However, it is Turkey that has actually seized Molana. In fact, our lack of political maneuvering has led to Molana being registered as Turkish property. I’m worried that the same thing will happen again in the future with poets Khayyam and Sa’adi [Shirazi].”

Commenting on the potential casting of DiCaprio, Talebinejad said, “He has attractive features and this could bring us closer to the spirituality in Rumi’s face. On the other hand, we don’t truly know which image of Molana is closest to reality.”

Sedigh, however, thinks the objections to the film stem from the lack of trust that Eastern peoples have toward Hollywood, saying that makeup and special effects can be effective to a certain extent but that “the presence of such an actor shows signs of a Hollywood project about Molana that makes Easterners pessimistic.”

In Sedigh’s opinion, the participation of Turkey in the project can in no way be viewed as a cultural issue. “It is clear that this is a political presence … both Hollywood and the Turkish government will achieve their goals. And amid all this, Molana and Shams, and the mystic history of the East, will be compromised while having the least importance for either side of the equation,” he said.

Editor's note: An earlier version of this article stated DiCaprio had been cast as Rumi. Sources close to the actor confirm he will not be pursuing this role.