Is Israel's agreement with Turkey a sign of Bibi's leadership?

Prime Minister Benjamin Netanyahu boasted that the reconciliation agreement signed with Turkey reflects leadership on his part, but in truth he had no choice other than to make this decision. 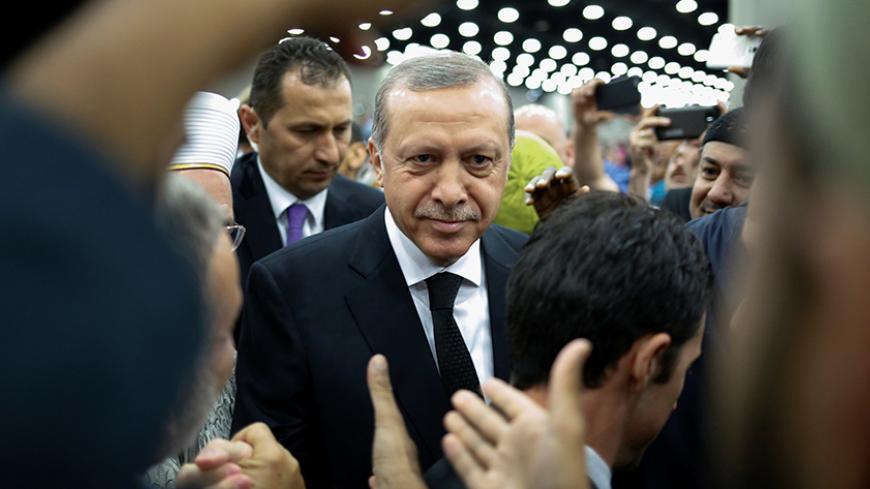 “I hear the criticism. I understand it. But leadership must stand firm and make complex, often difficult decisions … with responsibility, determination and courage. That is how I act, and that is how I will continue to act, with a broad, long-term vision for the national interest of the State of Israel, even when it comes under criticism.”

With these words, Prime Minister Benjamin Netanyahu concluded a post on his Facebook page June 28. In it he explained why he could not include a commitment from Hamas to return from Gaza the bodies of two casualties from the 2014 Operation Protective Edge — Oron Shaul and Hadar Goldin — in the agreement with Turkey.

Netanyahu raised the issue on the backdrop of the political storm that broke out ahead of the 10-member Security Cabinet’s vote on the agreement June 29. Within the Cabinet, HaBayit HaYehudi ministers Naftali Bennett and Ayelet Shaked had announced that they would oppose the agreement, which they consider a surrender to terrorism. Similarly, Defense Minister Avigdor Liberman made it clear that he has not changed his opinion on the matter and will oppose the agreement. They were joined by the families of the two soldiers, who have been pressuring members of the Security Cabinet not to support the agreement.

It was in this atmosphere that sources in the prime minister’s office attempted to relay a message to the public that they are afraid that the agreement will not be approved, even though at this stage it is quite clear that chances of the agreement being rejected are slim. As prime minister, Netanyahu has an extra vote in the Security Cabinet (two instead of one). Eventually, the agreement was approved, with three ministers out of 10 objecting.

In his post, however, Netanyahu tried to emphasize that these are the difficult decisions of a leader. With the briefings released from his office, expressing fear that the agreement would not pass in a vote, the prime minister was attempting to create an atmosphere of political drama leading up to an ostensibly decisive decision.

The thing is that the agreement with Turkey does not meet the criteria of a decision that is difficult, complex, brave or fateful. It is a decision that any prime minister would have made, since it is in the national interest. Netanyahu certainly would have made it, since the 2010 Mavi Marmara raid crisis occurred during his second term. Furthermore, we now know that Netanyahu could actually have made the decision long ago and at a lower cost, but he did not. At the time, he was concerned about public opinion in Israel, because any agreement could have been considered a surrender to terrorists. Furthermore, political pressure from the right — mainly from then-Foreign Minister Liberman, who waved a red flag at any attempt at reconciliation — discouraged Netanyahu as well.

The result of this was that Netanyahu dillydallied and did not make the decision at the opportune time. Such behavior is the exact opposite of real leadership, which involves making bold decisions.

Then as now, Netanyahu understood the importance of reconciliation and the normalization of relations with Turkey. He simply lacked the necessary leadership to get there. He personally provided a very precise overview of the circumstances and clarified the strategic importance of the reconciliation agreement at a press conference June 27 in Rome, explaining that given the current instability in the Middle East, he wants to create “centers of stability.” Or in his own words, “Israel and Turkey are two major powers in the region, and the break between us is not good for our vital interests and prevents us from cooperating in those instances — and there are more than a few — in which cooperation is warranted.” All of that was true three, four or five years ago too, so we can only regret the lost years in which the crisis between the two countries intensified.

Netanyahu is trying to create the impression that this is an unbearable leadership decision, but in fact, he is putting nothing at risk. His government will survive the background noise from the right, and particularly from Bennett and Shaked. The public will forget about the effect of humiliation, because the public’s memory is always short. No one knows that better than Netanyahu.

What is true, however, is that the reconciliation agreement is a chance to assess Netanyahu’s “leadership decisions.” After almost a decade in total as prime minister, he has not made a single major decision that might have put him or his political survival at risk.

There is, however, considerable similarity between the reconciliation agreement with Turkey, which revolves around large financial concessions and a blow to Israel’s image by surrendering to the act of terror that was the boat, and the release of abducted soldier Gilad Shalit in September 2011 in a prisoner-exchange deal. That is yet another decision that Netanyahu likes to portray as a difficult test of his leadership.

The decision to obtain Shalit’s release was also a major concession for Israel. It was forced to release more than 1,000 terrorists, hundreds of them with blood on their hands. It was the steepest price that Israel ever paid for a single soldier. Netanyahu abandoned the very principle that he himself defined — that these kinds of deals are a prize for terrorism and weaken Israel’s resilience — when he opposed the Jibril deal in 1985 in which 1,150 prisoners were released in exchange for three living soldiers.

Back then, there was also political drama surrounding the government’s approval of the Shalit deal. While it was obvious to Netanyahu that he had a majority with Shas and the Labor Party, he nevertheless invested considerable marketing efforts to create the impression that he was making a difficult leadership decision. Again and again, announcements from his office reported on his conversations with world leaders, featuring statements like, “Leadership is tested in moments like this.”

But the decision to obtain Shalit’s release also lacked the characteristics of a leadership decision. Actually, it was quite the opposite. Had Netanyahu decided not to release the soldier and to act according to his belief that the country must not surrender to terrorism, it would have been a difficult decision. He would have had to stand against the majority of Israelis, who wanted to see the release of the soldier, known as “everyone's child.” But Netanyahu took a popular step, and as was learned over the last few days, he did it to distract people from the social protests of 2011, which threatened his grip on the prime minister’s office. While he did bicker with the right, which attacked him, there was no risk to his continued political survival.

The prime ministers who preceded Netanyahu made real leadership decisions that involved considerable political risk or even risk to life and limb. Ariel Sharon did that with the 2005 Disengagement Plan, and Yitzhak Rabin with the 1993 Oslo Accord and the 1976 Entebbe operation, when he sent dozens of troops to free hostages in an atmosphere of uncertainty while knowing that if the operation failed he would be forced to resign. Menachem Begin did the same when he ordered the bombing of the Iraqi nuclear reactor in 1981, right after signing a peace agreement with Egypt in 1979. Both decisions involved real leadership. They were both difficult to bear.

Even Prime Minister Ehud Barak took an enormous risk when he went to Camp David in 2000 — which did in fact bring an end to his political career. This is not to mention the fateful decisions made by David Ben-Gurion in the country’s early years.

What about Netanyahu? So far he has not made a single decision that could be deemed a sign of leadership. Obviously, there is no grounds to call the reconciliation agreement with Turkey that.