While some Iranian officials have spoken in favor of Britain's referendum in leaving the European Union, it is unclear what advantage there is for Iran. 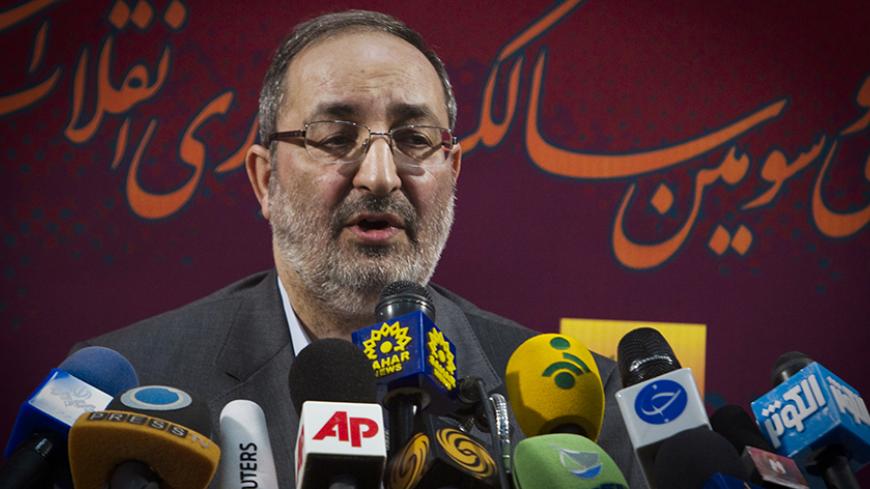 The few Iranian officials to speak about the vote by Britain to leave the European Union appear to support the move, though the benefits to Iran remain unclear.

Deputy chief of staff of the armed forces Brig. Gen. Masoud Jazayeri was the first Iranian official to offer a comment after the shocking June 23 vote that surprised most Western experts and analysts. “The desire by the people of England to leave the EU is in reality a ‘No’ by the majority of the people for the continuation of the compliance of the British government with respect the imposition of America’s will on this country,” Jazayeri said.

On the desire of the remaining countries of the EU to stay together, Jazayeri advised, “The only path to protect the EU is the open and practical independence from the White House.” Jazayeri also supported the calls for separation of other countries from Great Britain, saying, “The people of Scotland and other countries have the right to leave the yoke of monarchy of the so-called Great Britain.”

President Hassan Rouhani’s deputy chief of staff for political affairs Hamid Aboutalebi also weighed in on the referendum. “A large earthquake shook Europe,” Aboutalebi tweeted. Addressing the possible trend of other far-right groups in Europe in convincing their countries to leave the union, he tweeted, “The stars of the EU flag are currently falling.”

Aboutalebi, who may be using Twitter to express personal opinions rather than offering the position of the Rouhani administration, tweeted, “It is a long time that the EU has lost the trust of the people.” Without explaining how, he added, “The departure of England from the EU is a ‘historic opportunity’ for Iran — an advantage must be taken from this new opportunity.”

While some Iranian officials may see an opportunity or feel that a UK outside of the EU is less open to American influence, it is not clear that those hopes may play out. President Barrack Obama, who spoke in favor of Britain remaining in the EU, said after the vote that the United States and the UK have an “enduring” relationship.

Foad Izadi, a professor at the University of Tehran’s Department of American studies and who is often asked by conservative media to weigh in on American and European affairs, also supported the vote for the UK to leave the EU. He tweeted, “[The] UK advocated anti-Iran policies in the EU. #Brexit is good for Iran and the Muslim world."

Izadi's tweet shows the complex relationship Iran has had with the UK since even before the 1979 Islamic Revolution. The British opposition to the nationalization of Iranian oil in the 1950s and support for the coup against nationalist Prime Minister Mohammad Mossadegh continues to anger many Iranians, particularly from older generations. Iran’s Supreme Leader Ayatollah Ali Khamenei has often compared the United States and the UK side by side, at times referring to the latter as “wicked.” Despite this animosity to the UK's policies toward Iran in the past, Britain has been able to keep ties with the Islamic Republic. As part of his effort to improve ties with other countries and bring Iran out of isolation, when Rouhani took office he made it a priority to reopen the British embassy in Tehran, which had been closed for four years after protesters had attacked the building.