Some in Iran worry Republican victory could derail talks

Iranian analysts are speculating what a Republican victory in the midterm US elections means for a nuclear deal and reducing tensions. 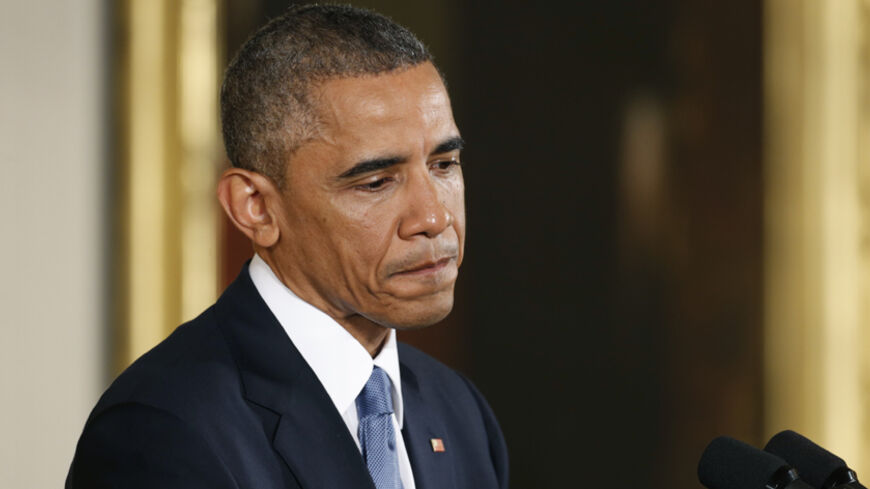 In the midterm elections Nov. 4, Republicans took back control of the Senate from the Democrats, giving them full control of Congress with just two years left in office for President Barack Obama.

The victory has sparked a great deal of speculation inside Iran. Analysts in the media have questioned what impact the change will have on Obama’s ability to sell Congress on a potential Iranian nuclear deal by the Nov. 24 deadline, one that would remove unilateral US sanctions on Iran and ultimately decrease tensions between the two countries.

Reformist Shargh Daily, which has routinely given both President Hassan Rouhani and Obama positive coverage of their efforts to resolve the nuclear issue, reminded readers that during Republican George W. Bush’s presidency, “The threat of war reached the corners of Tehran” and that most well known Republican Senators have “anti-Iran positions.”

While the article acknowledged that Obama has the authority to waive sanctions for a period of 120 days without Congressional approval, this power is not enough, as Iran is “after a complete deal.”

Outspoken University of Tehran professor Sadegh Zibakalam, who is politically aligned with moderates, told Khabar Online, “Republicans do not believe in decreasing conflict and creating friendly relations with Iran.” He said the Republican victory is “not to our benefit," as "Within the Republicans, there are more who are opposed to Iran, and they think the way our own conservatives do.”

Zibakalam added, “The victory of the Republicans makes the work of Rouhani, Reformists and people like Hashemi Rafsanjani, who want to decrease tensions with the United States, more difficult.” He added, however, that the chance of a deal is still “very high” and that once one is made, it will give US officials the opportunity to ask themselves if there are other issues on which there could be an agreement with Iran.

Fars News Agency interviewed analyst for US affairs Fouad Izadi, who said that he believes the chances of new sanctions being passed is much higher now, given the Republican victory. He criticized domestic analysts and officials who have focused entirely on Obama while “The problem is in the Senate.”

Izadi said that this victory should be a “wake-up call” for some in Iran and predicted that Iran’s problems with Congress in the last 30 years “will become more clear in the coming days and months.”

Hard-line Vatan Emrooz newspaper spread a dramatic black-and-white silhouette of Obama across the top half of its latest cover. The president’s 2008 campaign slogan, “Change,” read the headline in large, bold white letters. The subheader read, “With the loss of the Democrats in the elections, the era of Obama’s decline has begun.”

The Tabnak website, owned by former Revolutionary Guard Commander and current Expediency Council Secretary Mohsen Rezaei, reported that while members of both parties have recommended new sanctions against Iran if a nuclear deal is not reached, the Republican victory in the Senate will make new sanctions more likely.

The article listed a number of proposed bills, including the Nuclear Weapon Free Iran Act and House Resolution 850, which, if passed, would derail the talks. Tweets from Foundation for Defense of Democracies executive editor Mark Dubowitz were translated as well, including one that praised the SWIFT sanctions and another that read, “Pressure now on Obama to bear down and negotiate a good Iran deal or face a resounding political defeat when Senate votes ‘no’ on the deal.”

Rouhani’s adviser for political affairs, Hamid Aboutalebi, attempted to downplay concerns that Republicans would take a harder stance against Iran. He tweeted that both parties are inclined to make a deal with Iran, even Republicans, because they “want to create a change in foreign policy” and they need Iran do this, “especially in fighting the Islamic State.”