Tehran professor and political analyst Sadegh Zibakalam has said that Iran’s nominee for UN envoy stirs memories as painful for Americans as the 1953 coup does for Iranians, but that the issue should not be allowed to derail the nuclear talks. 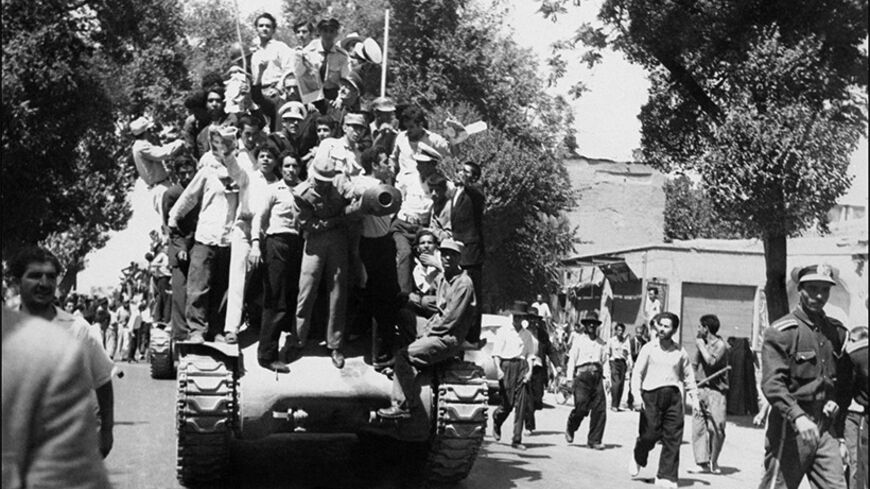 A Tehran University professor and political analyst has said that Iran’s new United Nations envoy nominee Hamid Aboutalebi stirs painful memories for Americans. In his op-ed for Reformist newspaper Shargh Daily, Sadegh Zibakalam also urged both the United States and Iran to quietly step back from this crisis so that critics of the nuclear deal on both sides do not use it as an excuse to destroy the deal.

“Regardless of what role Hamid Aboutalebi had or did not have in occupation of the embassy and in the taking of the hostages, the whole situation … is as painful for the Americans as the tragedy of the 1953 coup is for the Iranians,” wrote Zibakalam.

The United State’s role overthrowing then-Prime Minister Mohammad Mossadegh in 1953 has united in anger Iranians of various political persuasions for over half a century. Mossadegh had angered the British by nationalizing Iran’s oil, an industry they had an overwhelming controlling stake in. The United States, at the urging of the British and with the cooperation of various Iranian political figures, fearing that Mossadegh was either too lenient or not strong enough to oppose pro-Soviet leftists in Iran, helped organize a coup against him. Mossadegh was placed under house arrest until his death. The Shah was restored to power and the Iranian-American military, political and security (especially the creation of the feared SAVAK intelligence unit) relationship flourished until the 1979 revolution.

One of the main reasons that the Muslim Student Followers of Imam’s Line give for storming the US Embassy in Tehran in November 1979 was that they wanted an apology for the coup. They also wanted the Shah returned from the United States, where he was receiving medical attention, in order to prevent plans for another coup.

Aboutalebi, President Hassan Rouhani’s nominee to replace Mohammad Khazaei as Iran’s ambassador to the UN, denies even being in Tehran when the embassy was stormed. He said that he later served only as a translator in the aftermath. Women and minority hostages were released, but a total of 52 American hostages were held for 444 days. Many leaders of the Iranian revolution, including Ayatollah Ruhollah Khomeini, lent their support to the taking of the embassy and the holding of the hostages.

The storming of the embassy and the siezure of the hostages was a major event for the United States, and was in part responsible for preventing President Jimmy Carter’s re-election in 1980. Images of US citizens blindfolded and handcuffed paraded in front of cameras angered many Americans and created a deep anti-Iranian sentiment among the US public that has not dissipated in the last 35 years.

In response to Aboutalebi’s nomination, the US Senate unanimously passed a bill sponsored by hard-line Sen. Ted Cruz, R-Texas, that enables the US administration to deny visas to people who “engaged in terrorist activity against the United States.” The White House said that it would not issue a visa to Aboutalebi.

Zibakalam wrote that this crisis has turned into a “good opportunity for those opposed to decreasing tensions with America and opposed to the nuclear deal.” He wrote that Rouhani’s opponents hope to either prevent further nuclear agreements or at least “taint the trust” that the negotiators have built by turning this case into an issue of “honor.” He added, “In reality, Aboutalebi has become an excuse for American and Iranian hard-liners to get back what they had lost in the last few months.”

He wrote that the Aboutalebi case must not impede the nuclear talks and that Rouhani “should not insist” on him going to New York to represent Iran at the United Nations.