Former hostage taker and current Reformist political figure Ebrahim Asgharzadeh has been criticized for offering an apology to the Americans held in the 1979 hostage crisis and their families. 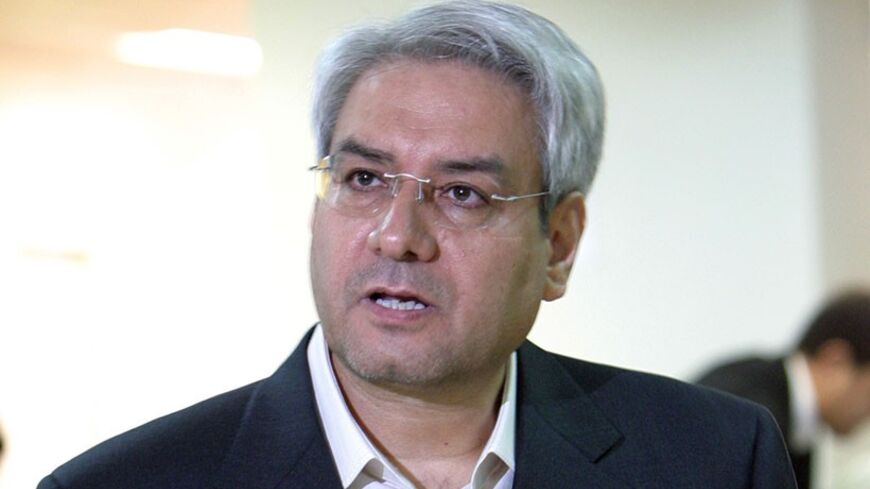 Iranian Reformist Ebrahim Asgharzadeh prepares his paperwork to register as a presidential candidate at the Interior Ministry in Tehran May 14, 2005. - REUTERS/Raheb Homavandi
Arash Karami
@@thekarami
April 25, 2014

A former leader of the group responsible for storming the American Embassy in Tehran in 1979 and taking American hostages has been criticized for offering an apology to the families of the hostages.

“Talk of an apology is not from one administration to another, but of sympathy for families of individuals that for any reason were mentally and spiritually hurt,” Ebrahim Asgharzadeh told the Iranian Students’ News Agency on April 14.

As a member of the Muslim Student Followers of the Imam’s Line who stormed the embassy and held 52 hostages for 444 days, Asgharzadeh was asked to weigh in on the controversy over Iran’s pick for its new United Nations envoy, Hamid Aboutalebi.

Asgharzadeh, who like many of those involved in the hostage crisis is now a Reformist political figure, added, “This kind of humanitarian initiative is not new. It’s something that [former President Mohammad] Khatami, maybe 15 or 16 years ago in an interview with CNN’s Christiane Amanpour, expressed sympathy for the pain and suffering the American diplomats endured for 444 days as hostages.” He compared an Iranian apology to then-Secretary of State Madeleine Albright’s apology for the 1953 coup that overthrew former Iranian Prime Minister Mohammad Mossadegh.

Emphasizing that Iran's relationship with the United States needs to be addressed and ultimately repaired, Asgharzadeh said that when it was suggested that parts of the embassy be used for office space, then-Supreme Leader Ayatollah Ruhollah Khomeini opposed the idea, asking, “Are relations with America to be cut forever?”

“Relations between Iran and America cannot remain at an impasse forever and must be resolved,” Asgharzadeh said. “There are issues between the two countries that must be resolved — that if they are not resolved, will cast a persistent shadow over the next incident.”

Nasim Online published statements by Ayatollah Khomeini that demonstrated a “clear contradiction between Asgharzadeh’s comments and the thoughts and ideals of Imam [Khomeini].” The comments were originally published by Seyed Mohammad Hashem Yazdan Parast, a representative of the Muslim Student Followers of Imam’s Line in Shiraz.

The article quotes Khomeini as referring to the hostages as “spies” and stating that as such, under international law, Iran was not obligated to turn them over. The article asked, “How could Asgharzadeh refer to himself as a Muslim Student Follower of Imam’s Line but adopt such positions with respect to America?”

Nasim also interviewed a member of the Muslim Student Followers of Imam’s Line, Fatemeh Moslehi, who said that Asgharzadeh’s previous membership in the group “has no relation to today.”

Moslehi said that instead of apologizing to the hostages, Asgharzadeh “should apologize to the Iranian nation — a nation that for approximately 30 years, its youth were martyred by America with the hands of the Shah’s regime in the dungeons of SAVAK [the secret police force].” She said that Asgharzadeh should also apologize “to the families whose children were martyred by America’s policies and support of [deposed Iraqi President] Saddam Hussein with chemical weapons.”