Iranian students who took US Embassy: Where are they now?

An Iranian news agency has published a special report following the careers of some of the most prominent students involved in the 1979 hostage crisis. 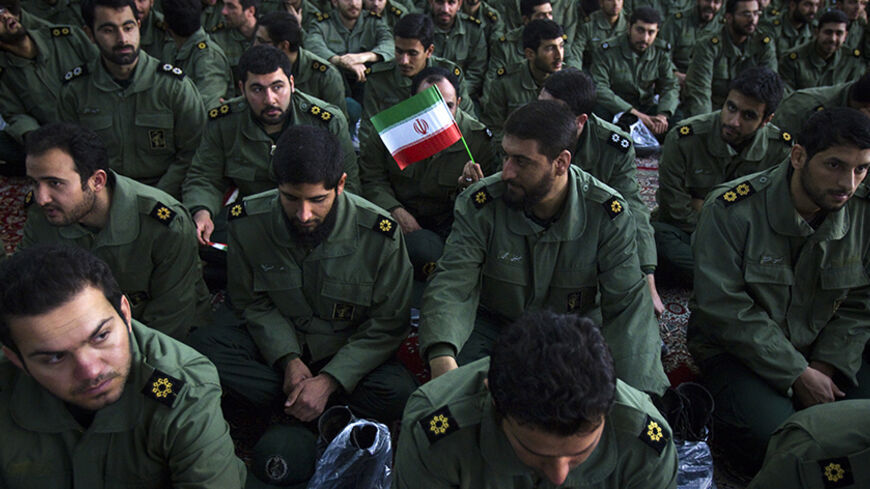 Members of Iran's Revolutionary Guard Corps attend the anniversary ceremony of the Islamic Revolution at the shrine of Ayatollah Ruhollah Khomeini in the Behesht Zahra cemetery, south of Tehran, Feb. 1, 2012. - REUTERS/Raheb Homavandi

The Nov. 4, 1979, storming of the US Embassy in Tehran by Iranian students who then held 52 American hostages for 444 days marked the beginning of three decades of hostility between Iran and the United States. Iranian Labour News Agency (ILNA) compiled a special report about the individuals involved in the hostage crisis today, 35 years after the incident.

According to ILNA, despite taking oaths not to enter politics or take government positions, many of the leftist students who called themselves the Muslim Student Followers of the Imam’s Line did end up in politics. Some entered parliament as Reformists or joined the Islamic Revolutionary Guard Corps.

Ebrahim Asgharzadeh, who was at one time the spokesman for the students, became the Revolutionary Guard commander for Ghazvin province. He served in parliament from 1989 to 1993 and was a member of Tehran’s first city council from 1999 to 2003. Today he is primarily a political analyst and is married to Tahereh Rezazadeh, who was also involved in the hostage crisis.

According to ILNA, in 1997, during Reformist President Mohammad Khatami’s proposed “dialogue of civilizations” between countries, a student asked Asgharzadeh if defending the attack on the embassy were compatible with holding a "dialogue of civilizations." According to ILNA, Asgharzadeh has still failed to answer this question. Though ILNA did not report it, Asgharzadeh did offer an apology to the families of the hostages for his actions.

Ezatollah Zarghami, according to ILNA, “like many others joined the Revolutionary Guard.” Today he is head of the Islamic Republic of Iran Broadcasting, a position that is appointed by the supreme leader. He is considered a hard-line politician who according to ILNA shares “few common positions” with the other students, who went on to play a large role in one of the most well known Reformist student groups, the Office for Strengthening Unity.

Mohsen Aminzadeh held positions in the Foreign Ministry and Culture Ministry. A member of the Reformist Islamic Participation Front, he was arrested after the contested 2009 elections along with other another student involved in the hostage crisis, Mohsen Mirdamadi.

A number of the students became members of the sixth parliament, remembered as the parliament that was swept by Reformists. Among this group was Mohammad Naimipour, a member of the Islamic Participation Front. For a time he was the director of research at the Center for Strategic Research.

Abbas Abdi played a major role in establishing the Office for Strengthening Unity. According to him, the name of the organization came about when Ayatollah Ruhollah Khomeini said to him, “Go and strengthen unity,” though in this case, “consolidate” would be a better term. He later went to write in defense of Reformist theories in Salaam newspaper and though the ILNA report does not mention it, he was imprisoned in 1993 and 2002 for his political writings and activities.

Masoumeh Ebtekar, nicknamed “Mary” in the foreign press, for a time headed the English-language edition of Kayhan newspaper. She is currently the head of Iran’s Environmental Protection Organization, a position she also held under the Mohammad Khatami administration.

Reza Seifollahi joined the Revolutionary Guard and eventually became the head of intelligence for the organization. He is now a member of the Expediency Council.