Islamists hail the result of Britain’s referendum as the beginning of the end for the EU and the Atlantic’s dominance over world affairs. 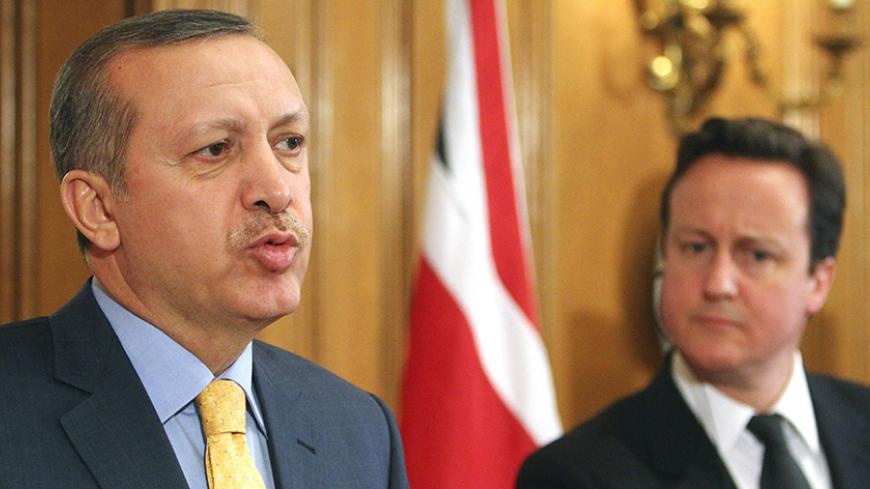 Its long-term implications aside, Britain’s vote to leave the EU will have little immediate impact on Turkish-EU ties, which were on a downward spiral anyway before this referendum.

The scheduled meeting of Turkish and EU officials in Brussels on June 30 to negotiate financial and budgetary provisions with regard to Ankara’s membership bid does not belie this. Those talks amount to no more that flogging a dead horse for many.

Brexit has nevertheless prompted a lively debate among Turks. The general assumption is that the already difficult road to membership for Turkey is much harder, if not downright impossible, to traverse now.

Metin Munir, a veteran columnist from the internet news portal T24, believes that Brexit has closed the topic of Turkey’s EU membership. “Those who want to leave the EU successfully used the possibility of Turkish membership to scare the people. The same fear exists in other EU countries,” Munir said in his commentary piece on the topic.

It is no surprise, therefore, that President Recep Tayyip Erdogan and his supporters — who have little, if any, sympathy for the EU or enthusiasm for Turkey’s membership — should be gloating over the outcome of the British referendum.

“I always told them if you are going to admit us, say so; if not, then tell us not to bother. But they always tricked us and acted dishonestly,” Erdogan said in his first reaction to the Brexit victory.

Referring to Prime Minister David Cameron’s attempt to disarm the Brexit campaign by claiming that Turkey would not be an EU member before the year 3000, Erdogan did not conceal his resentment.

“Look at what happened! You [meaning Cameron] didn’t last three days yourself,” he said, adding, “It’s not possible for the EU to hide its double standards anymore.”

The resentment toward Europe and the jubilation over Brexit was also discernible in the pro-government media.

Ibrahim Karagul, the fanatically anti-Western editor-in-chief of the Islamist daily Yeni Safak, for example, argued that Brexit meant “the end of the Atlantic as the center of the world.”

“Global traumas have always come from this geography and maybe this will happen again. The idea behind the EU was to prevent World War III. They succeeded for a while, but it seems we are at the end of the road now,” Karagul wrote exaggeratedly after the majority of British voters voted to leave the EU.

On the other hand, Yasin Aktay, a deputy from the ruling Justice and Development Party who also writes for Yeni Safak, claimed the EU’s deliverance would come from Turkey.

“Turkey is the only country that can save the EU from this chaotic situation, give practical life to its values and inject confidence to people in the EU,” Aktay argued somewhat fantastically.

“If, however, the current attitude toward Turkey continues, then there might not be a European Union in a few years.”

Erdogan is also happy over the outcome of the referendum in Britain because it represents a “victory for the people against a hated elite,” a populist approach he has always promoted in Turkey. He is currently pushing hard for a new constitution that will make him Turkey’s “directly elected leader” who is unconstrained by any constitutional system of checks and balances.

Arguing that he has always considered “the national will” the basis of his democratic outlook, Erdogan — in his initial remarks on Brexit — also expressed his hope, insincerely some might say, “that this result will benefit the British people.”

Reflecting his anger at Europe, Erdogan hit at the EU with its own weapon a day before Britons went to vote, saying that Turkey might hold its own referendum to decide whether or not it should continue with its EU bid.

Lale Kemal, a veteran diplomatic and military analyst, also believes that the Brexit victory will do little to change the current state of Turkish-EU ties, in which Turkey appears to be the perpetual candidate for membership. She says, however, that the topic will be misused in Turkey.

“Ankara’s reactions, as soon as the official results of the referendum were announced, provide clues as to how this issue will be abused in the domestic political domain,” Kemal argued in her column in the daily Yarina Bakis.

But Murat Yetkin, the editor-in-chief of the English-language Hurriyet Daily News and a prominent commentator on political matters, believes that Brexit will not necessarily be bad for Turkey.

“Ankara now has to reposition itself in line with a new set of political circumstances brought about by Brexit. Erdogan and the ruling Justice and Development Party government see new opportunities in an EU weakened by Brexit, but not in the same way as Putin. As a member of NATO, Turkey’s weight in regional politics could be increased by the vote,” Yetkin argued.

Ozdem Sanberk, Turkey’s former ambassador to the United Kingdom in London (1995-2000), believes the negative way in which Turkey was used in the Brexit campaign will not harm ties between the two countries.

“We already have good relations with Britain in the economic sphere. Other than that, the two countries have always had close consultations on strategic issues,” Sanberk, who currently heads the Ankara-based International Strategic Research Organization, told Al-Monitor.

Sanberk agrees that ties between Turkey and Britain could get stronger because of London’s need for strategic partners after it exits the EU. He argues that this will be contingent on Ankara’s regaining the trust it has lost in the West.

“Britain is an important strategic partner for Turkey, too. But for this partnership to gain full fruition, Turkey will have to improve its international image,” Sanberk said. He added that the breakthrough in Turkish-Israeli ties and Ankara’s current efforts to improve ties with Russia could represent a fresh start in this respect.

There are also indirect negative implications for Turkey in the Brexit victory. One concerns the rise of nationalism, racism and Islamophobia in Europe. There is also the drive for separation that Brexit will fuel, as exemplified by Scotland’s situation.

Britain has shown that separatism in multicultured societies can be fueled by ballot box victories that come at the expense of pluralism. Kurdish politicians in Turkey will no doubt want to highlight this in the coming period.

There is also the broader issue of security. Despite Turkey’s strained relations with the West, it still relies on NATO for its security. A weakened Europe of many voices that has to confront threats from Russia will hardly enhance Turkey’s security needs.

Broader long-term considerations like this will be taken up later, though. Ankara is more interested today in gloating over Brexit and the manner in which this has left the whole EU — which has been less welcoming toward Turkey — in turmoil.