Obama administration officials are making strenuous efforts to convince foreign banks that they can return to Iran, but are failing to overcome fears of heavy fines and new sanctions. 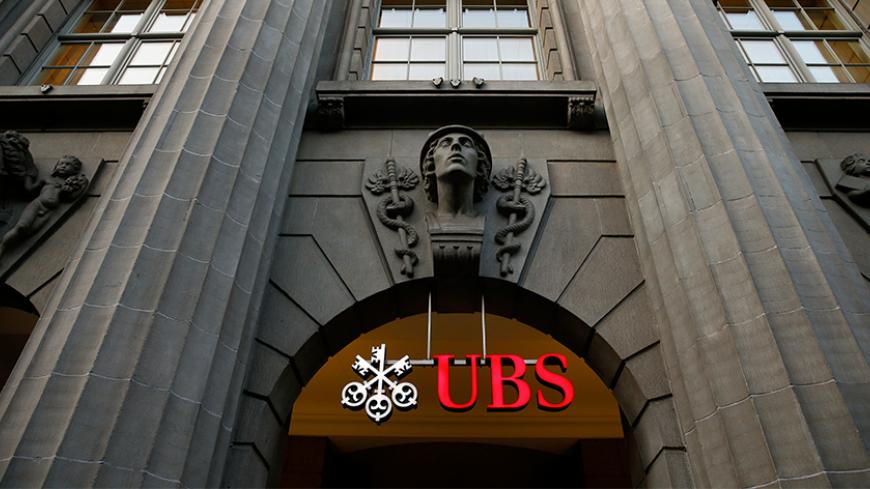 The logo of Swiss bank UBS is seen at the company's headquarters in Zurich, Feb. 10, 2015. - REUTERS/Arnd Wiegmann

ZURICH — Since a landmark nuclear deal went into effect in January, US officials have conducted roundtables with banking officials in more than 15 countries, but failed to reassure major foreign banks that it is OK for them to return to Iran, Al-Monitor has learned.

A business source briefed on the issue told Al-Monitor at a May 3-4 business conference in Zurich on condition of anonymity that two Swiss banks — Credit Suisse and UBS — were among those approached by officials from the US Department of State and the US Treasury. Most big foreign banks have so far rejected a return to Iran for a host of reasons, including heavy fines paid to the US government for past sanctions violations and concerns that the sanctions environment could change again for the worse.

Gregg Rosenberg, a spokesman for UBS, told Al-Monitor that his bank was not going to handle Iran business. “At this time there are no changes to our global sanctions policy, which restricts business activity with or involving Iran, including client activity such as payments or trading that involves Iran," Rosenberg said in an email.

A Credit Suisse spokeswoman had a similar reply: “As a global bank Credit Suisse complies with various national and international sanctions programs. While the international community has recently lifted a part of the sanctions against Iran, other Iran sanctions that impact our Bank’s international operations remain in place. Credit Suisse maintains its general policy to abstain from conducting business with or involving Iran. We continue to closely monitor the situation.”

UBS suspended Iran business in 2005 after paying a $100 million fine to the US government for providing new US banknotes to the Islamic Republic.

In 2009, Credit Suisse agreed to pay $536 million for concealing the identity of Iranian clients it did transactions for, including the Atomic Energy Organization of Iran and the Aerospace Industries Organization. Both were blacklisted by the United States for nuclear-related activities.

Iranian businessmen have expressed frustration that US reassurances are failing to persuade large European banks that they may legally finance trade with and invest in entities in Iran that do not face sanctions.

Mostafa Beheshti Rouy, an executive board member and director of international affairs for Bank Pasargad, Iran’s largest bank, told Al-Monitor that only third-tier European banks have shown any willingness to re-enter the Iranian market.

Since the Joint Comprehensive Plan of Action (JCPOA) was implemented Jan. 16, the Obama administration has sent officials to explain the situation to Switzerland, Britain, Germany, France, Italy, Spain, Turkey, the United Arab Emirates, Kuwait, Oman, Japan, South Korea, Singapore, Thailand and Hong Kong, Al-Monitor has learned. In addition, US officials have held video conferences with bankers from other countries, including Afghanistan, Malaysia and Indonesia.

Before meeting with Iranian Foreign Minister Mohammad Javad Zarif in New York on April 22, Secretary of State John Kerry told reporters that the United States has “no objection and we do not stand in the way of foreign banks engaging with Iranian banks and companies, obviously as long as those banks and companies are not on our sanctions list for non-nuclear reasons.”

Kerry added that these banks shouldn’t “assume that activities still prohibited by the primary [US] embargo are also prohibited for foreign actors” and that his message was, “when in doubt, ask.”

In addition, a spokesman for the Obama administration told Al-Monitor on condition of anonymity, “Iran has kept its end of the deal, and we have upheld ours and are committed to continuing to do so.” The official added, “Iran is already seeing real benefits from the sanctions lifting that occurred in January — nearly doubling its oil sales, beginning to access funds abroad and starting to reconnect to the international banking sector.”

The official acknowledged, however, that “questions remain” about what foreign companies can and cannot do, which is why “Treasury and State officials have traveled worldwide to meet with government and private sector partners to provide clarity on our sanctions. … While we are committed to providing clarity on the sanctions issues that are within our control, the reality is that there are factors beyond our control that also continue to slow Iran’s economic engagement — including corruption and lack of transparency in its financial and business sectors. These are issues that have nothing to do with sanctions, and Iran has its own work to do to address these and earn the confidence of international companies and financial institutions.”

Iran has acknowledged that it needs to do more to clean up its banking sector, which was saddled with nonperforming loans and other unorthodox transactions under the administration of President Mahmoud Ahmadinejad. Visiting Washington in April for the biannual meetings of the International Monetary Fund and World Bank, the governor of the Iranian Central Bank, Valiollah Seif, told Al-Monitor that Iran has held meetings with the Financial Action Task Force (FATF), an international intergovernmental body based in Paris, to show the steps Iran has taken to counter abuses that FATF cited in designating Iran a high-risk jurisdiction for money laundering and noncooperative in countering financial terrorism.

The record of the last few months shows that it is far harder to unwind financial sanctions than to impose them.

George Kleinfeld, a sanctions expert at the law firm Clifford Chance, told the Zurich conference that there remains a “primal fear” of Iran on the part of Western banks because of “years of hyperactive enforcement” of sanctions by the US government.

In addition, there is uncertainty surrounding the future of sanctions because of US presidential elections.

Donald Trump, the presumptive Republican nominee, has called the JCPOA “incompetent” and “disgusting,” while Hillary Clinton, his likely Democratic opponent, has urged stringent actions to counter other Iranian policies disliked by the United States.

Concerns are growing among Iranians who want a better relationship with the United States and Europe that without more tangible economic benefits, support for the Iran deal — and for the government of President Hassan Rouhani — will wane.

Iran’s Supreme Leader Ayatollah Ali Khamenei, who allowed the JCPOA to go forward, has taken an increasingly hostile tone toward Washington in recent weeks. Meanwhile, Rouhani’s predecessor, Ahmadinejad, has been hinting that he will try to run again when Rouhani seeks re-election in 2017.

Kleinfeld said it was up to European countries to defend their economic interests and make clear that they would not accept new sanctions or a snapback of old US secondary sanctions if Iran continues to abide by its nuclear obligations.

“Where are the European voices saying there is no way we will allow Congress to reimpose sanctions?” Kleinfeld asked.