Why big European banks are reluctant to return to Iran

Iranians and Americans see different reasons for major European banks’ reluctance to return to the Iranian market after the nuclear deal. 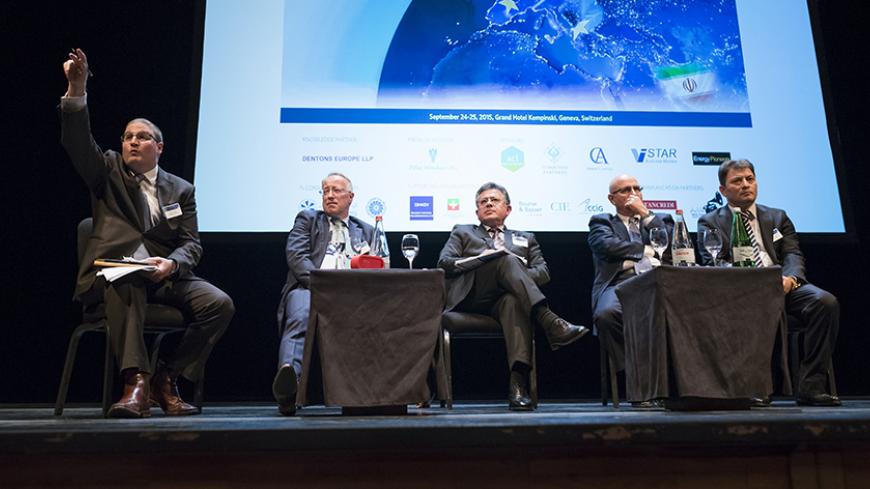 ZURICH — Iran’s largest bank is eager to resume ties with major European banks, but only smaller financial institutions have been willing to return to the Iranian market in the aftermath of a landmark nuclear deal.

In an interview May 3 with Al-Monitor on the sidelines of a conference in Zurich, Mostafa Beheshti Rouy, an executive board member of Bank Pasargad, attributed this reluctance to multibillion-dollar settlement agreements reached by major European banks with the US Justice Department over prior sanctions violations. He suggested that the US Treasury’s Office of Foreign Assets Control (OFAC) could reassure these banks that there are no prohibitions on resuming legitimate business with Iran.

Iranian officials have expressed frustration with the slow pace of tangible economic benefits they have seen since implementation of the Joint Comprehensive Plan of Action (JCPOA) Jan. 16. A key impediment has been Iran’s difficulty in fully reconnecting to the international financial system.

Beheshti Rouy said the sanctions undercut Iranian banks and forced trade financing into murky channels. His bank, which was founded in 2005, handled $11 billion worth of trade financing in 2011-12, he said, but its market share collapsed to $1 billion the following year under sanctions.

“We should let the banking sector handle the payments,” he said. “This can easily be monitored."

Beheshti Rouy said Bank Pasargad, which unlike Iran's Central Bank was never severed from the SWIFT system of electronic transactions, does its own due diligence to make sure that no prohibited dual military/civilian use items are involved, that the buyer and seller are clear and that no individual still sanctioned by the US government is involved.

“We don’t understand what kind of risk is associated with these transactions,” he said. “What we are asking for is just trade finance and is completely transparent.”

Iranian officials have also complained that a lack of indirect access to the US financial system has complicated their ability to access billions of dollars in oil revenues that had been frozen primarily in Asian banks. Beheshti Rouy said the US government should allow use of the dollar as an “accounting tool” to facilitate conversion of currencies such as the Omani riyal and Indian rupee into euros.

George Kleinfeld, a lawyer and sanctions expert at the Clifford Chance law firm in Washington, told Al-Monitor that OFAC could issue a general license to permit conversions that only involve the US dollar incidentally and do not require actual transfers of funds through US institutions — so-called U-turns.

Kleinfeld attributed the reluctance of big European banks to return to Iran less to the hangover from multibillion-dollar settlements than to US sanctions that forbid American citizens from any business dealings with Iran except in a few specified areas. A number of Americans work as senior executives in these banks, and it is difficult to wall them off completely from Iranian business, Kleinfeld said. He said that OFAC could address this by issuing “a general license that would permit foreign financial institutions to involve US-person employees” in legal Iran-related business by non-US banks.

The Barack Obama administration insists that it is doing everything it is obligated to do to implement the JCPOA.

Jarrett Blanc, the State Department’s deputy lead coordinator for Iran nuclear implementation and who is attending the Europe-Iran Forum in Zurich, told Al-Monitor, “We are being forward-leaning” on these issues but that the US government cannot order banks to take actions that they view as risky.

Iran’s economy is projected to grow by 4-5% this year, the highest rate in the region but still below its target of 8%. Iranian banks are saddled with a large number of nonperforming loans that are a legacy of the administration of President Mahmoud Ahmadinejad, who encouraged the banks to lend with abandon to dodgy entities when oil prices were at record highs.

Beheshti Rouy said that these loans are being rescheduled and the Iranian Central Bank is now requiring Iran’s financial institutions to keep 13% of their deposits with the Central Bank at an interest rate of only 1%. While the banks, which are still obliged to pay double-digit interest rates to their depositors, chafe at this requirement, Beheshti Rouy said it was actually a good safeguard for the future health of the Iranian banking system.

“It gives a solid balance sheet having extra capital kept with the Central Bank that is 2.5 times more than our paid-up capital,” he said.

Beheshti Rouy and other Iranians attending the Europe-Iran forum stressed the role that their country’s private sector can play in the post-sanctions environment. (This reporter was invited to attend the forum to moderate a panel with European ambassadors to Iran, and the event organizers paid her travel expenses.)

“We believe the private sector will have a chance to upgrade their position in the Iranian economy,” Beheshti Rouy said. “During the last two years, there has been a policy of wait and see. The lifting of sanctions will bring opportunities for people who are striving to have a decent life. ”

Beheshti Rouy, who was educated at Portland State University in Oregon in the 1970s, said he returned to Iran in 1980. His eyes filled with tears when he talked about the reasons for his return and his decision to stay in Iran through years of war, sanctions and other hardships.

“As a banker, I am hopeful,” he said, for a more prosperous future for Iranians. “If I lose my hope, I cannot stay behind my desk one more day.”