The second international halal tourism conference, held in Konya, gave a boost to Turkey’s determination to improve its performance in the growing Muslim travel market. 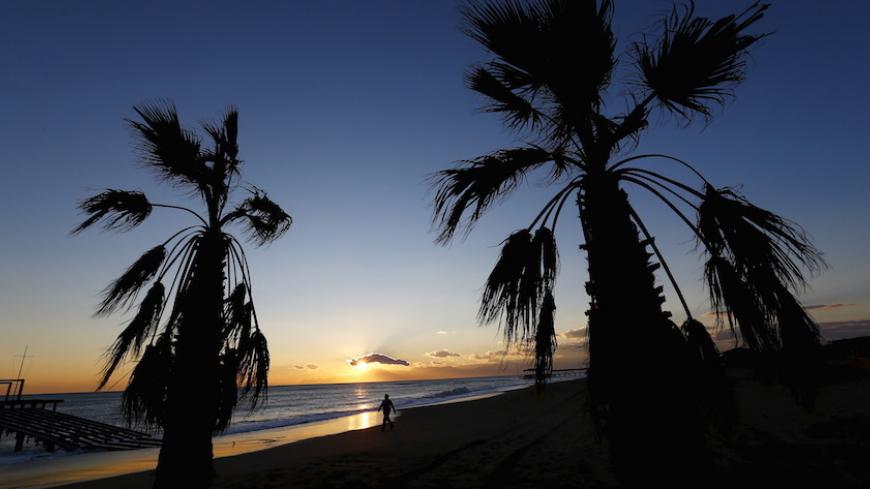 A woman walks on the beach at sunset in the Mediterranean resort town of Belek in Antalya, Turkey, January 8, 2016. - REUTERS/Murad Sezer

The second international halal tourism conference took place in Konya, Turkey, May 3-5. The first conference was held in Spain in 2014. The choice of Konya, the city of Rumi, was not by accident. In December 2015, the Islamic Conference of Tourism Ministers designated Konya the capital of Islamic tourism for 2016.

Among the more than 1,000 participants were tour operators, official visitors, travel agents, artists, academics, investors and representatives from the hotel, food, airline and retailer sectors. There were 25 international speakers. The conference gave Turkey the opportunity to invest more and improve its performance in the ever-growing Muslim travel market.

The Arabic word “halal,” meaning “permissible,” is typically applied to food, but the concept is related to any product compliant with Islamic law. In August 2015, CrescentRating, “the world’s leading authority on halal travel,” published the eBook “Muslim/Halal Travel Market: Basic Concepts, Terms and Definitions.” According to the publication, halal tourism is practiced by “Muslim travellers who do not wish to compromise their faith-based needs while travelling.” The website of the halal tourism conference states, “Halal Tourism is a form of tourism for Muslims who prefer to utilize services, facilities and activities compliant with Islamic principles.”

In short, halal tourism means that transportation and visits are arranged in accordance with Islamic beliefs. For example, no alcohol is served, and only halal food is offered at meals, that is, meat is slaughtered in the name of Allah, and there are no pork products. Moreover, special attention is given to prayer facilities, with arrows indicating the direction of Mecca in rooms equipped with prayer mats.

Separate recreational facilities, including beaches, are provided for men and women. Beds and toilets are positioned not to face toward Mecca, and bidets are featured in bathrooms. Also characteristic of Islamic hotels, the predominantly Muslim staff wears conservative dress, and there are no nightclubs or non-halal activities. Everything, from logistics to finance, is done according to the rules of Islam.

According to “State of the Global Islamic Economy 2015/16,” a report by Thomson Reuters in collaboration with DinarStandard, global Muslim spending on outbound travel reached $142 billion in 2014, excluding the hajj and umrah. This represents a 6.3% increase from the previous year and 11% of the global expenditure. Muslim outbound tourism expenditure is expected to grow to $233 billion by 2020.

Turkey currently ranks seventh out of 73 select countries in the Thomson Reuters report for the best developed Islamic economy for Muslim travel. As the report explains, the so-called Halal Travel Indicator evaluates countries on the relative strength of the ecosystem they have for the development of the sector, not the overall size of a country in the sector. The rankings are based on metrics like inbound Muslim tourists relative to the country’s size, governance (halal-friendly ecosystem), awareness (number of related news articles and events) and travel sector contribution to employment. Malaysia holds the No. 1 spot because of excellent performance in all of the categories. But if Turkey increases its currently low awareness on the topic, it could reap high profits from the growing demand for Muslim-friendly resorts. In this light, although five new halal resorts opened in 2015 in Antalya — a Turkish town on the southern coast known primarily for its beautiful beaches and resorts visited by German and Russian tourists — the Thomson Reuters report still cites “an investment gap and an opportunity for investors” in halal resorts. There are around 15 halal-friendly resorts in Antalya, and some 50-70 in Turkey overall.

Another report, the MasterCard-CrescentRating “Global Muslim Travel Index 2016,” which covers 130 destinations, rates Turkey as the third most popular destination on the Organization of Islamic Cooperation's list of destinations in the global Muslim travel market, behind only Malaysia and the United Arab Emirates.

Taking all this into consideration, it seems that the Turkish government and business sector have decided to pursue a bigger slice of the halal pie. At the conference opening in Konya, Culture and Tourism Minister Mahir Unal said Turkey will speed up work to develop halal tourism. Ramazan Cokcevik, deputy general director in charge of promotion at the Ministry of Culture and Tourism stated at a press conference on May 4, that of around 300 halal-friendly hotels in the world, half of them are in Turkey.

Akin Arikan, director of the Halal tourism conference in Turkey, said that halal tourism has become increasingly popular as a Muslim-friendly travel trend in the last several years. Therefore ambiguity remains in terms of acceptable standards for the halal tourism industry, as there is still no global halal tourism certification system. The Thomson Reuters report mentions that the Turkish Standards Institute began issuing halal hotel certifications in June 2014, and the first hotel to acquire one was the Bera Hotel in Antalya. Meanwhile, the World Halal Union, based in Malaysia, issued a halal certificate to the Adenya Hotel and Resort in Antalya.

In addition to there being opportunities in the halal travel sector, there are also a number of challenges. Among those cited by the Thomson Reuters report are marketing to Muslim travelers without alienating non-Muslims, raising financing for this form of tourism and a lack of standardized concepts of what “Muslim-friendly” means across all countries. Challenges aside, Turkey will likely strive for more leadership in the halal tourism sector.

Considering the shaky security situation in Turkey and the resulting sharp decrease in the number of tourists in the past several months, tourism revenue might continue to drop for the remainder of 2016. Tourists from the Middle East and North Africa and Gulf Cooperation Council countries represent only 3% of the global Muslim population, but 37% of total Muslim travel spending. Luring these tourists would be of paramount importance in diversifying the Turkish tourism market. In addition, Turkey has great potential for faith-based tourism beyond Islam, given its vast and diverse heritage, including Christian pilgrimage and archaeological sites.