In 2014, Tunisia had only one alcohol-free hotel. Now, as their number rises, the government is less than pleased. 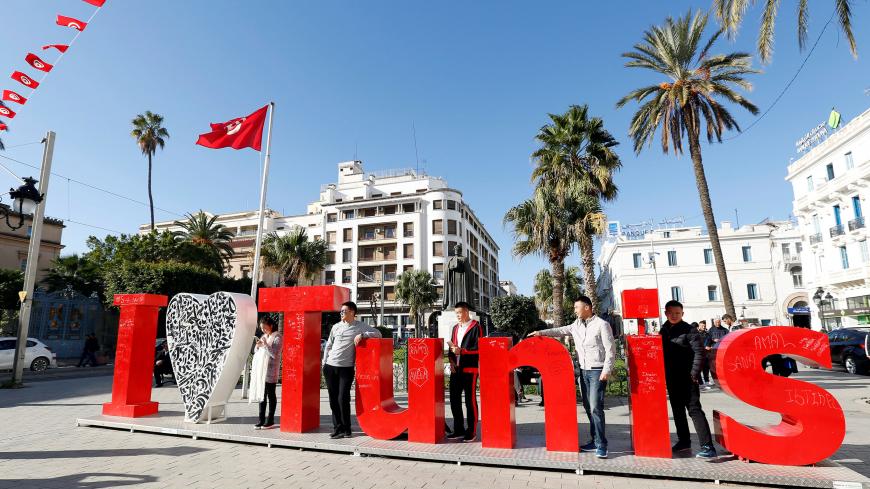 TUNIS, Tunisia — The Sandra Club Hotel in Hammamet, a popular coastal town in the north of Tunis, aims to position itself as a “family hotel,” and thus serves no alcohol, has segregated spas and massage rooms, and religious entertainment shows throughout Ramadan.

Inaugurated by the head of the Islamic Ennahda movement Rachid Ghannouchi on June 2, it is the second alcohol-free hotel in this touristic town, following Azur Plaza, which opened four years ago. There are about 10 similar establishments in Tunisia.

The opening has rekindled a controversy about the concept of “halal tourism” in the country. While Ministry of Tourism officials are reluctant to use the term, let alone encourage it, many people in the sector consider it a new measure that could boost Tunisia’s declining tourism sector. The sector, once one of the economic engines of the country, received a heavy blow following an attack by the Islamic State on a hotel three years ago that killed 39 people and wounded 40 others; the victims were mostly British.

Bilal Saffar, owner of the Sandra Club Hotel, told Al-Monitor that before deciding to open the business, he had asked his peers in tourism and political sectors whether there was a niche for alcohol-free lodgings and concluded that indeed there was, both for Tunisian and Algerian tourists who travel with family.

“This hotel, with a capacity of 500 guests, had been closed since 2015 and all its staff was laid off,” Saffar told Al-Monitor. “In 2018, I rented it and rehired the old employees. I introduced some reforms and advertised it as [an alcohol-free] hotel to attract Tunisians and Algerians as well as other Arab tourists.”

Tunisia is seen as the first destination for Algerian tourists. In a Feb. 14 statement to the Algeria Press Service, the head of the Tunisian National Tourist Office, Fouad al-Wad, said 2.5 million Algerian tourists visited Tunisia in 2017. Algerians constituted 38% of the total foreign tourists in Tunisia.

To attract them, several Tunisian travel agencies promote the concept of “halal” or “Islamic tourism” in their holiday packages. Majdi Abbas, an investor in the tourism field and owner of the “Islamic Tourism in Tunisia” booking website, told Al-Monitor that there are now about 10 alcohol-free hotels in Tunisia, compared to only one in 2014. These hotels are found in the cities and towns of Sousse, Monastir, Mahdia, Nabeul, Kelibia, Hammamet and Tabarka.

The Ministry of Tourism rejects the term “halal tourism” or “Islamic tourism.” Seif al-Shaalali, media adviser to the tourism minister, said that it was the hotel owner's prerogative to decide whether to serve alcohol, but he added that the ministry does not use the label "halal hotels" as an official description.

Rida al-Shekandali, a professor of economics at the University of Carthage, told Al-Monitor, “Halal tourism has not been officially adopted by the state or embraced as part of any economic strategy by the Ministry of Tourism as is the case in other Muslim countries, such as Turkey.”

There is “high demand by Tunisian and Algerian families for hotels that do not sell alcohol and offer services that respect the [preferences] of conservative families,” Shekandali said, referring to religious entertainment shows rather than loud Western music and dancing in those hotels. “The Tunisian state and the Ministry of Tourism, however, do not focus much on this type of tourism. This may be due to fears of the reaction of the modern elites in the country and of harming the modernist social project promoted by the ruling party Nidaa Tunis and the leftist opposition forces.”

Hicham Qaydara, one of the trailblazers of this type of tourism in Tunisia and owner of Aseel Voyages, told Al-Monitor, “Azur Plaza in Hammamet was the country’s first experience in the family tourism sector back in August 2014. This initiative was launched at the prodding of our conservative friends and families, including veiled sisters who are banned from entering swimming pools because of their burkinis. The trend started with one small hotel and now there are now many of this type across the Tunisian governorates.” Qaydara stressed that this type of tourism has saved several businesses from bankruptcy and created hundreds of jobs in the tourism sector.

He added: “From 2014 through 2018, as part of the tourism program, which respected the privacy of Arab Muslim families, the Tunisian tourism sector has been revitalized with the opening of five hotels that were closed after declaring bankruptcy. We started with Azur Plaza in Hammamet, with 170 rooms. In 2015, we reopened Nerolia and the Garden Beach hotels, in Monastir, with 370 rooms. Also, in 2016, we renewed the Sirocco Beach in Mahdia, which closed down immediately after the terrorist attack of Sousse and we were able to pull it out of its financial crisis. In 2017, we opened the Cap Djerba Inn, which was also closed and was looted during the revolution days. Today, in 2018, Liberta Travel opened a new four-star hotel, the Liberta Hotel in the island of Djerba in southern Tunisia.”