Can agriculture save Tunisia's economy amid tourism crisis?

While terrorist attacks in Tunisia have led to a massive decline in tourism, some believe that agriculture can save the tiny North African country. 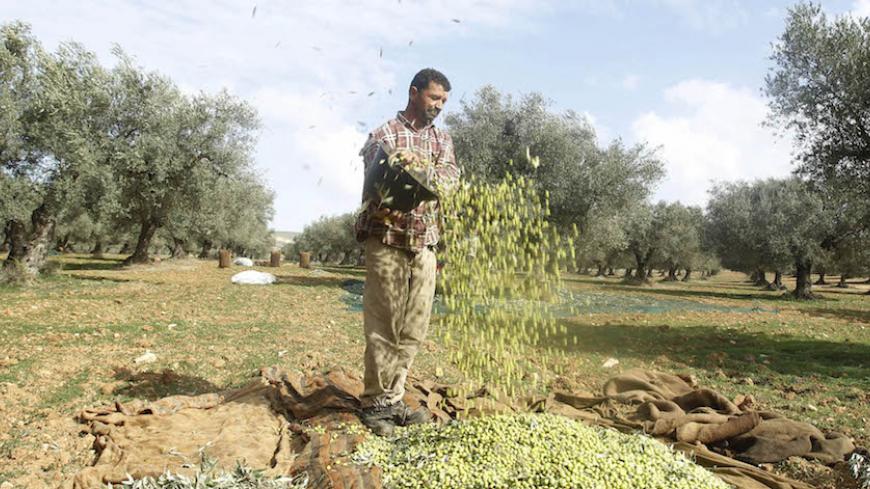 A worker pours olives out of a bucket during the olive harvest in Sidi Tabet, near Tunis, Nov. 13, 2012. - REUTERS/Zoubeir Souissi

HAMMAMET, Tunisia — Tunisia is known for its beautiful sky-blue beaches, ancient cities that serve as a reminder of the grandeur of the Roman Empire and popular markets that demonstrate the Muslim conquest of the Maghreb. But the land that hosted many civilizations over time has not recovered from the attacks in Sousse and Bardo last year that left dozens of tourists dead. The terrorist assault led to a massive decline in tourism, an industry that accounted for about 14.5% of the country’s gross domestic product.

Hammamet is one of the largest tourist spots in the smallest North African country. It has been attracting tourists for decades, but the touristic site has been losing its clients. On a recent day that reached 35 degrees Celsius (95 F), there was no one around, the beach occupied by only old boats that were discarded on the sand for children to play in. Because of this drop in tourism, the Tunisian authorities have been looking for other alternatives, such as hosting international events to demonstrate that the security situation has been improving. On May 1, Hammamet hosted the 4th annual Mediterranean University on Youth and Global Citizenship that was attended by youths from all around Europe and the Mediterranean region.

The event was held under very tight security measures and lasted for eight days. The area surrounding the conference site barely had any traffic, and the neighborhood was empty of any Tunisian residents.

While Al-Monitor toured a commercial part of the capital Tunis along with other participants, shopkeepers focused their attention on the group. It was clear that the scene seemed very strange for many locals. Policemen were also following the European group wherever they went. At the Medina market, salespeople were eager to receive foreign customers. They shouted greetings in Spanish, English and French — “Hola, Hello, Bonjour” — trying to get tourists to look at their handicrafts, in a lane where two people can barely pass.

Sid Mohamed is a shopkeeper — he inherited his shop from his father and has been working there for 12 years. “I used to depend on European tourists to run this business. They are not here anymore, so the industry is collapsing,” he told Al-monitor. According to Mohamed, tourists from neighboring countries such as Algeria made up the majority of visitors last year. When asked how the business was before the revolution compared to that after, he said, “The shop was totally fine before the revolution. But after that it has been on a continuous income crisis.”

Unemployment has been a major concern in Tunisia. Recent statistics issued by the Tunisian Interior Ministry show that 15% of Tunisians are unemployed, while 31% of graduates are jobless. Asma Hmaied, 22, is a member of the group Search for Common Ground, a project for youth leadership in Tunisia. Hmaied, who studies agronomy engineering, has another perspective on how to create more jobs in Tunisia. “I believe that what could roll the economic wheel in Tunisia is not tourism, but agriculture,” she told Al-Monitor.

Tunisia is known for its fertile soil. It is also one of the largest exporters of olive oil and dates, with an estimated 300,000 metric tons of olive oil and 100,000 metric tons of dates. It is believed that this massive agricultural production has saved Tunisia’s economy from a catastrophic crisis. But Hmaied does not think that such results have encouraged the state to put more investment in this sector. “Farmers still work with basic tools and are not even aware of the recent technologies,” she said.

Meanwhile, and despite the economic crisis, Tunisia was the only country of the Arab Spring that established a peaceful transition of power. In 2014, the interim government organized a democratic presidential election that led to Beji Caid Essebsi, 88, being elected as president. However, in January this year, demonstrations erupted in Tunisia. Angry protesters called for job opportunities and expressed their dislike of the situation with slogans such as “Jobs or another revolution.” The protests resulted in clashes between protesters and policemen. Currently, security concerns are rising as more than 7,000 Tunisians have joined the Islamic State in recent years, exceeding the terrorist group’s number of recruits from any other neighboring country, and even higher than countries such as Saudi Arabia. On May 11, four Tunisian policemen were killed in a clash that led to the death of four jihadis.

All these factors have played an important role in the militarization of Tunisian security forces. At Tunis-Carthage International Airport, security agents are everywhere. A traveler in his 20s from Libya who spoke on condition of anonymity told Al-Monitor about his experience at the airport: “They asked me if I pray. I said yes. Then they started yelling at me, ‘Why are you here?’” According to him, he felt alienated for praying. He added, “After an hour I was released, but I never thought that prayer could become an issue to be investigated for.”

While Tunisia struggles to fight terrorism and to guarantee people’s freedoms, journalist Najah Ambarek thinks that such battles are understood by the Tunisian people. “Tunisian citizens understand the measures being taken by the authorities and are keen on collaborating with them,” he told Al-Monitor. Ambarek is also the director of media affairs at the National Youth Observatory of Tunisia. According to him, the Tourism Ministry aims at attracting 5 million tourists this year after there were 10 million before the revolution. Ambarek added, “Tourists will come back to Tunisia, but gradually.” So far there is no evidence of a recovery anytime soon as Tunisia suffers the repercussions of the current conflict in Libya.