How Turkey plans to boost home sales to foreigners

Preparations are underway to offer work permits in addition to residency to buyers of real estate in Turkey, and citizenship could be next on the table. 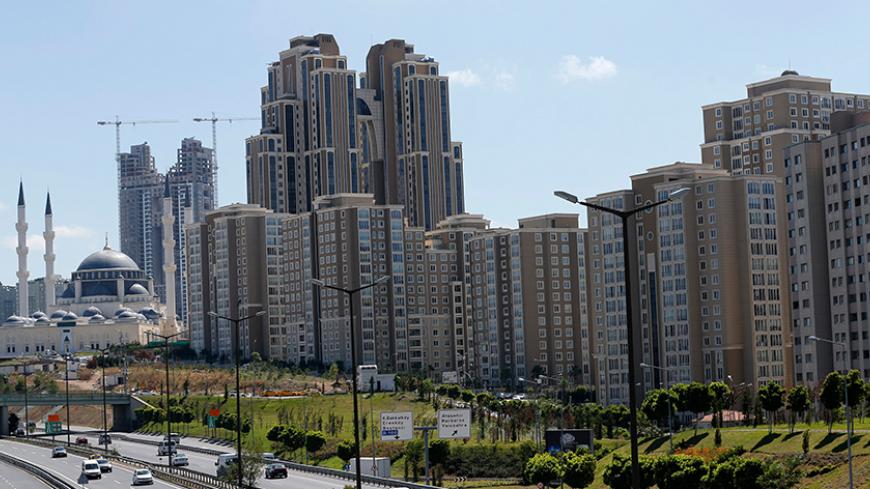 A newly built luxury compound made up of five residential towers is seen next to the Mimar Sinan Mosque (L) in Atasehir, on the Asian side of Istanbul, Sept. 4, 2012. - REUTERS/Murad Sezer

Mehmet Simsek, Turkey's deputy prime minister for the economy, excited the Turkish media with his May 12 statement: “We will grant residence permits, work permits to those who come from abroad and buy a residence above a certain level. Turkey has a capital deficit.”

Hurriyet ran the statement under the headline “Residence and work permits for foreigners buying houses.” But Turkey has already been issuing residence permits to house buyers since 2013. Residence that was initially granted for three months was extended to one year in 2013.

Moreover, there is no real stipulation for the size and price of the residence to receive a residence permit. Mujdat Guler, chairman of the board of Nova Holding, stated in a Bloomberg HT interview that anyone buying a residence worth $50,000 received the right to apply first for residency and then for citizenship after eight years, but even those in the real estate sector were not aware of the opportunity.

What was new in Simsek’s statement was the granting of work permits. This permission is seen as a major incentive to increase the demand for housing from the Middle East. Today, many foreigners, led by the British and Russians, own houses in Turkey. In recent days, the most active buyers of Turkish real estate have been from Saudi Arabia, the United Arab Emirates, Kuwait, Qatar, Libya, Palestine, Syria and Iraq.

According to legal changes made in 2013, foreigners who reside in Turkey uninterrupted for eight years are given permanent residency.

Foreigners who are given permanent residency also obtain the right to apply for citizenship. Former Justice Minister Hikmet Sami Turk told Al-Monitor that previously, those applying for citizenship were required to live in Turkey for five consecutive years. The citizenship applications of such foreigners will be decided by the Council of Ministers, and those approved will have all the rights of citizens of Turkey.

There have also been suggestions that issuing citizenship along with the sale of a residence could increase the demand. Former Economy Minister Nihat Zeybekci in an Oct. 15 meeting of Gulf investors with representatives from the Turkish real estate sector had offered clues to the legal groundwork being laid. “In many places of the world, there is a practice of granting citizenship in one or two years at certain levels of investments. We have to do it also,” he said.

“A man comes and buys a luxury residence for $3-5 million. We give him a one-year visa in return. You can’t do that,” Zeybekci said later in a Nov. 7 statement.

Big names in the construction sector argue for granting citizenship to buyers of expensive housing. Aziz Torun, the chairman of real estate property dealers, noted that about 22,000 residences were sold to foreigners last year and said, “Foreigners should be given long-term residency and citizenship. They will feel safer. There should be high limits set at half a million or 1 million dollars.”

Omer Faruk Celik, the head of the Association for Residential Developers and Investors, said a foreigner has to wait for three to five months to get a one-year residence permit. He asked for the easing of formalities and for Turkey not to be afraid of granting citizenship. “If you give citizenship there will be more demand, particularly from the Gulf countries. Our revenues from foreigners will at least double,” Celik said.

In his Bloomberg HT interview, Guler said there is a misconception in Turkey that selling a square meter of land to a foreigner is selling the country. “In London, the square-meter sale price is $43,500. In Istanbul, it is only $4,000. London earns $50 billion per annum from real estate sales to foreigners. In all of Turkey, this is about $5 billion. To increase the sales, we first have to tell our people that selling apartments to foreigners does not mean selling your country,” he said.

It's obvious that unless the new incentives of work permits and citizenship are not introduced as soon as possible, a boom in real estate sales to foreigners will remain wishful thinking.