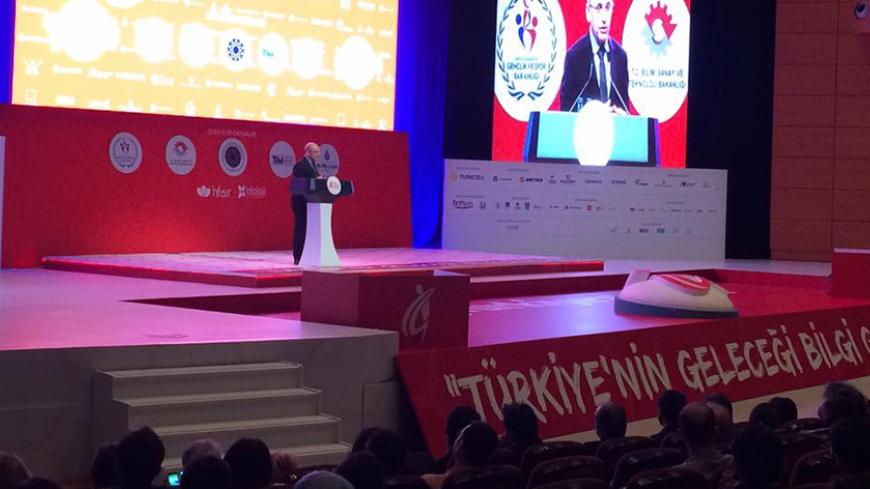 Angel investors, who are widespread in Europe and the United States, have been expanding rapidly in Turkey for the past two years. Investors who support new entrepreneurs with capital infusion and advice are called "angels." But for some, these angels are also "investment hunters" who seek profitable investment opportunities for themselves.

In Turkey, angel investors are encouraged with tax breaks. But to benefit from such subsidies, investments should be innovative, research and development-oriented and high-risk companies with rapid advancement prospects.

Deputy Prime Minister for Economic Affairs Mehmet Simsek said angel investors are exempt for up to 75-100% in their tax obligations.

Simsek said that the tax exemption for angel investors in Turkey is higher than in Britain, Italy, Spain, Germany, France, Singapore, Israel and many US states. Britain, which has the second-highest incentive level in Europe after Turkey, offers 30% tax exemption.

The Undersecretariat of Treasury had planned to issue licenses to 625 angel investors over five years, but this number has already reached 374 in two years because investors have expressed interest in high-risk and high-yield areas.

And how does the procedure for investors benefiting from the incentives work?

Former Minister of Economy Masum Turker told Al-Monitor, "Angel investors first obtain the License for Individual Capital Infusion. Then the search begins for new entrepreneurs who lack capital. There are several 'angel investment networks' on the internet to help with that. Angel investors and those who need capital find each other through such networks. If an investor and new entrepreneur reach an agreement, they go to the Treasury, which studies their request and, if compatible with regulations, approves it."

"Sirketortagim.com," one of the biggest angel investment networks, offers this information: "With regulations issued in February 2013, angel investments have been legalized and can now benefit from a minimum of 20,000 Turkish liras and a maximum of 1 million liras in tax support. Angel investors must first be licensed. According to regulations, high-income investors, or those with substantial assets or experienced investors can obtain this license."

In Turkey, the average investment by angel investors is around 285,000 liras ($97,000). This rather high figure is attributed to interest shown in major initiatives, rather than new, small-scale businesses.

Nevertheless, small-scale entrepreneurs also offer great hope for the future. Durmus Yilmaz, the former governor of the Central Bank, told Al-Monitor, "Angel investors bring together capital owners with those who have ideas and projects that could be implemented and turned into a commercial commodity allowing both to benefit." Yilmaz said this combination leads to new discoveries and fresh ideas.

Here is one example for an angel investment: Two young men, Kerem Alper and Engin Ayaz, who were educated at Stanford University and returned to Turkey and set up Atolye Istanbul about six months ago. They started marketing new project ideas to major companies while offering support to new projects. In that short period of their existence, 10 foreign and local investors have acquired equity in Atolye by financing it.

Simsek said there are many investors who invest without state support. Only last year this group invested 40 million liras. Simsek said although the amount may appear meager, it has the potential to contribute substantially to the system and the economy because they are technologically oriented and possess immense potential for growth.

The low numbers show that Turkey has a long way to go with angel investments, though this is a field with major potential for expansion. But the most sensitive spot for angel investment is stability and an environment of trust. Turkey's political turmoil could well discourage angels as well as major investors.