Syrian rebels weigh in on cease-fire

Opposition fighters in Syria consider the cessation of hostilities 'negative,' although it has reduced civilian casualties. 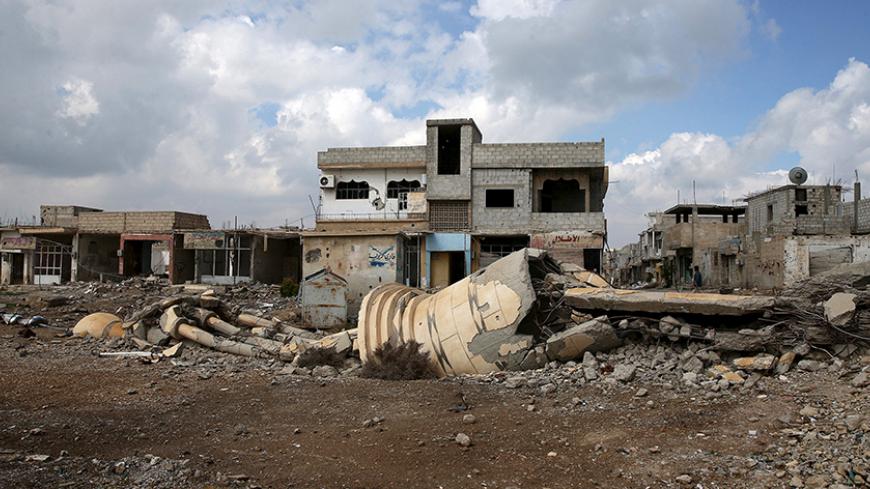 A damaged mosque is pictured in the rebel-controlled area of al-Nashabiyah town in eastern Ghouta, April 13, 2016. - REUTERS/Bassam Khabieh

ISTANBUL, Turkey — Before the Syrian regime launched an offensive in Aleppo in April, the "cessation of hostilities" that went into effect Feb. 27 had noticeably reduced civilian deaths although riven with violations. In the first five days alone, more than 180 violations of the agreement brokered by the United States and Russia were documented, and vast swaths of territory were excluded from the cease-fire. As of the end of 2015, the Syrian civil war had killed at least 470,000 people, according to some estimates, with the vast majority of civilian deaths caused by government attacks.

Islam Alloush, spokesperson for rebel faction Jaish al-Islam, told Al-Monitor in an interview in Istanbul that the cease-fire had been good for the country from the standpoint of lowering civilian deaths, but it had been "negative" militarily for the opposition forces.

"In the countryside of Damascus, in eastern Ghouta and Daraya, the regime never agreed to a cease-fire," said Alloush, who had been an officer in the Syrian military prior to joining Jaish al-Islam. "I think the regime got involved in the cease-fire to stop fighting in other areas in order to concentrate on these areas, given their strategic importance."

Ghouta was the site of the chemical weapons attacks on Aug. 21, 2013, that killed several hundred people. The eastern section has been under seige by government forces for more than three years.

Eastern Ghouta was subject to a 24-hour "regime of silence" that began April 30. According to an April 29 statement by Michael Ratney, the US envoy for Syria, the cease-fire was hashed out by the United States and Russia as part of a "recommitment" to the original cessation of hostilities. The same agreement called for a 72-hour cessation of hostilities further north, in the northwestern coastal province of Latakia. In light of the regime's ongoing bombing of Aleppo, 42 opposition factions reportedly signed a statement April 30 rejecting the regime of silence and all "regional truces."

In late March in southern Turkey, Mohammad Haj Ali, a major opposition leader in Latakia and commander of the Free Syrian Army's (FSA) First Coastal Division, had told Al-Monitor that the Russians, Syrian regime and allied forces had continued using ground troops, barrel bombs and artillery in Latakia's mountains, even after the cessation of hostilities went into effect and after Russia announced on March 15 that it was withdrawing some of its forces.

Haj Ali also said that his group, at that time operating primarily in Latakia against regime and allied troops, had nonetheless complied with the cease-fire. Rebel groups later launched an offensive in Latakia, on April 18. Haj Ali informed Al-Monitor in a message on May 1, "We could not progress, but we have maintained our areas."

In a subsequent exchange of messages, the FSA commander said there had been violent fighting in the hours leading up to the 72-hour regime of silence in villages in Jabal Akrad, where his men were fighting. Some of them died in the battle. Haj Ali added that some 30 men from the First Coastal Division had been killed since the cessation of hostilities went into effect and that another 50 had been injured.

Meanwhile, further complicating the situation on the ground was the growing conflict north of Aleppo between predominantly Sunni Arab opposition groups and the Kurdish-dominated, US-backed Syrian Democratic Forces (SDF), sometimes seen as regime collaborators and at other times as part of the opposition.

A leader of an FSA faction active north of Aleppo against the Islamic State (IS) to the east and the SDF to the west spoke to Al-Monitor on condition of anonymity during a brief stay in southern Turkey in April, prior to returning to combat. He said that the cease-fire was useless, stating, "We are still fighting the regime, in the form of the YPG [the Kurdish People's Protection Units]. It's the same thing." YPG fighters represent an overwhelming majority in the SDF.

Asking to be identified as Abu Osama, although known in Syria by a different name, the FSA leader said the Kurdish fighters were "doing the regime's work for it" by fighting opposition groups and taking territory from them.

In late April during battles between rebel fighters and the SDF in the northern city of Tel Rifaat, which the SDF had taken from opposition forces, Kurdish fighters paraded the corpses of opposition fighters through the city of Afrin.

In early April in a border town in southern Turkey, several members of the FSA's Fastaqim Kama Umurt faction, which mainly operates in Aleppo province, had told Al-Monitor that the cease-fire was not a good thing. When asked how it could be considered negative if it was saving civilian lives, one fighter, who requested anonymity, replied, "The fighters are losing the will to fight. It's been dragging on for years now. And our main goal of getting the criminal regime to fall needs to be focused on."

Ammar Selmo, former head of an Aleppo branch of the Syrian Civil Defense, told Al-Monitor on May 1 that in the preceding weeks, prior to the regime's renewed bombing campaign, "Life [had] returned to the streets and the markets." Peaceful street protests had also resumed in many opposition areas, such as Aleppo and Idlib, both against the regime and against the more extremist armed groups of the opposition.

UN envoy Staffan de Mistura said on April 27 that the cease-fire was “barely alive,” especially after targeted attacks on hospitals and rescue workers in opposition areas killed large numbers of civilians in the preceding days. He urged Russia and the United States to work together to salvage the agreement. Russia replied on April 30 that it would not ask the Syrian regime to halt attacks on opposition-held Aleppo.

Days later, on May 2, US Secretary of State John Kerry spoke with foreign dignitaries in Geneva in an attempt to extend the cease-fire to Aleppo, and de Mistura traveled to Moscow May 3 to meet with Russian Foreign Minister Sergey Lavrov for the same purpose. On May 4, Washington and Moscow announced that they had "concluded arrangements" to extend the cessation of hostilities. 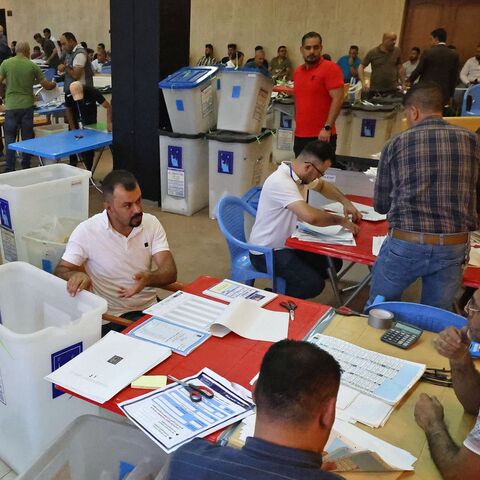