Russia appears to be looking ahead to strengthen its post-conflict political position in Syria by exploiting Kurds’ anxiety over America’s role there. 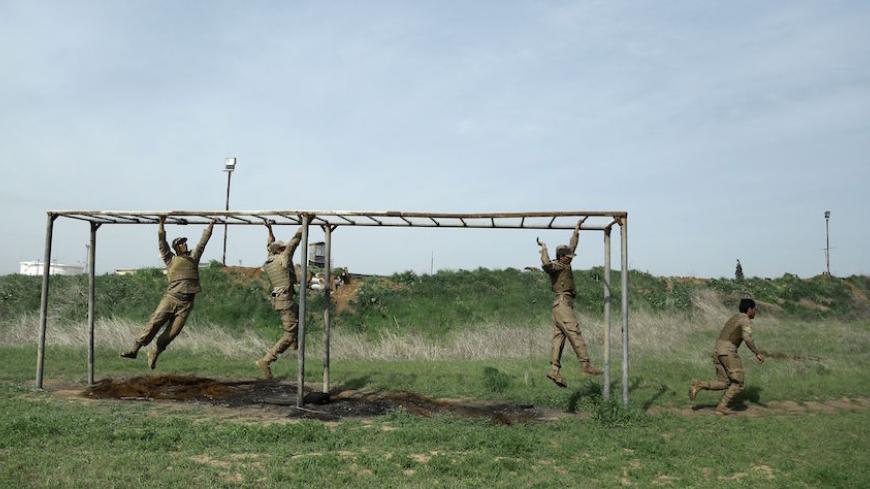 It’s understandable that some Syrian Kurdish fighters worry that Washington will “dump” them once they are no longer useful, and that Russia is feeding their fear to play up its own position. But anyone harboring such worries about the United States should take an equally hard look at Moscow’s past conduct and likely future objectives.

Russia had a long czarist and Soviet engagement with the Kurds. Russian Foreign Minister Sergey Lavrov has long-standing experience with the Kurdish question, having served as Russia’s permanent representative to the United Nations Security Council for 10 years, including during the 2003 US invasion of Iraq and its immediate aftermath. Iraq’s Kurds have been the subject of high-profile international diplomacy since that time.

Moscow has demonstrated periodic support for an independent Kurdistan, even establishing the short-lived “Red Kurdistan” inside the Soviet Union and later a Kurdish republic in northern Iran. However, it can be easy to overlook Moscow’s rather limited commitment to the Kurds in detailed accounts of their interaction over hundreds of years. Russia has not yet demonstrated the sustained interest or determination required to deliver long-term results.

There are good reasons for this. While Russia’s attachment to the Kurds — whether in Syria, Iraq or elsewhere — has generally had both strategic (broad and enduring) and tactical (narrow and immediate) motives, Moscow has many competing aims. Strategically, a minority group distributed across multiple important regional states provides a useful lever in cooperating with some and balancing against others. For example, across hundreds of years, Moscow’s style of great-power politics has often put Turkey in the “balancing” category. Turkish President Recep Tayyip Erdogan in recent years had been edging toward becoming an important Russian partner — at least until he decided he would rather shoot down a Russian jet in November.

This is where the strategic blends into the tactical. As respected Russian analyst Fyodor Lukyanov told Al-Monitor, the “severe conflict with Turkey that erupted in November” encouraged Moscow to employ the classical logic about ‘the enemy of my enemy.’” Russia also aims “to remind Ankara that Moscow can operate with this instrument [the support of Kurdish aspirations], especially if Turkey tries to use its negative influence inside Russia,” he said, adding that the Crimea Peninsula is the most vulnerable part.

At the same time, Russia clearly has both strategic and tactical objectives within Syria. Here, Moscow’s tactical support for the Afrin Kurds may prove ephemeral, in that the Kurds’ political objectives — greater autonomy inside a post-conflict Syria — do not fully coincide with Russia’s strategic goal to empower a strong central government in Damascus that can maintain internal order and ensure that post-conflict Syria does not export extremist violence.

As Lukyanov put it, “Syrian Kurds have not been Russia’s preferred partners” because they have “complicated relations” with the regime of President Bashar al-Assad. While Russian officials regularly assert that the Kurds should participate in political talks — and recently raised an unsuccessful proposal in the Security Council to that effect — Lukyanov argues that Moscow’s basically “neutral” attitude would still define policy if not for the Turkish crisis. He added, “It doesn’t look that there are some larger ambitions vis-a-vis Kurds yet.” In other words, Moscow’s effort to secure a Kurdish role in political talks to salvage a unified Syrian state — and get a chance to grandstand at the UN — is one thing, but lasting fractures and a weakened Syria are another entirely.

Similarly, Moscow is hardly interested in further destabilizing Iraq — or alienating a Baghdad government that it has been assiduously cultivating — to promote the Kurdish cause next door. Notwithstanding hopeful statements from Iraqi Kurdish leaders, Russia supplying the Kurds with arms to fight Islamic State forces that threaten Iraq’s survival is a far cry from backing a Kurdish effort to undermine Iraq’s central government or even partition the country, especially when Russia may be gaining new political influence there.

Moreover, over the longer term, Russia has few strategic incentives to deliver what many Kurds really want: their own state. On the surface, it might seem that a major Russian role in creating an independent and friendly Kurdistan could provide Moscow with a new ally in the Middle East and a new instrument of influence. Unfortunately, this is unlikely to work in practice for several reasons.

First, the states expected to sacrifice territory for a new Kurdish state are likely to oppose the idea fervently, and Russia could not single-handedly lead a successful diplomatic effort to create one. Anything this radical would require strong support from the United States, the European Union and many others. In fact, the project would probably require so much support that Moscow could not remain its leader. That means either that the project would not happen at all or that the principal credit would go elsewhere, which is hardly an attractive prospect for Russia.

Second, even if such an effort succeeded, the territorial donor states would become irreconcilably hostile to Moscow for some time to come if it were the architect of a new Kurdistan. United in their anger toward Russia, they would be much less vulnerable to any influence that Moscow’s alignment with a Kurdish state might provide. Simultaneously, Moscow would be giving up possible influence in their internal politics in the same way that separating Crimea from Ukraine has eliminated Crimea’s role in Ukraine’s politics.

Third and finally, a successful Russian initiative like this would probably prove a harsh reality of political life: One’s allies are always more grateful for future favors than past gifts. An independent Kurdish state would need more financial support than Russia could provide and might quickly find new and wealthier friends.

Russian President Vladimir Putin and Foreign Minister Lavrov are more than sufficiently sophisticated to recognize all of this. Accordingly, their support for Syria’s Afrin Kurds is far more likely to be short term and instrumental than long term and philanthropic. As long as the Afrin Kurds get what they want from Russia in the near future and have realistic expectations, they may ultimately be quite satisfied with the arrangement. But it would be a mistake to think that Moscow won’t “dump” them any less quickly than Washington if other interests require it.