Saudi Arabia's Vision 2030 plan, which foresees a post-oil economy for the kingdom, contains many contradictions. 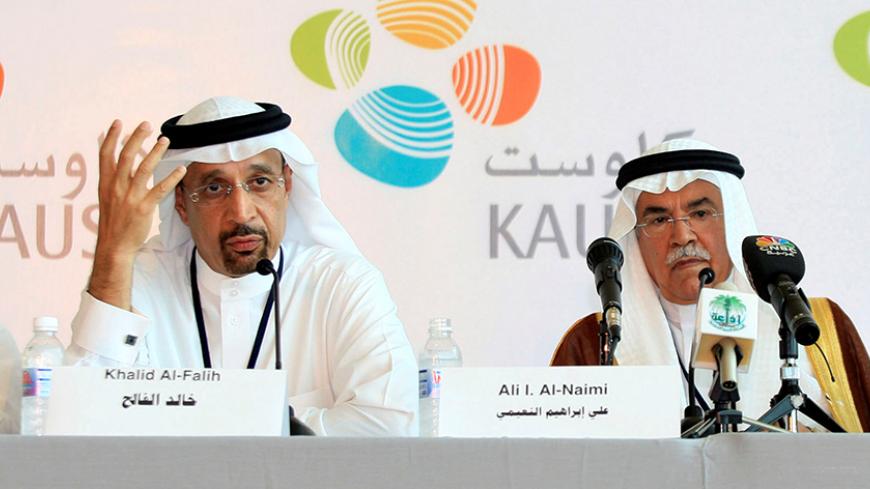 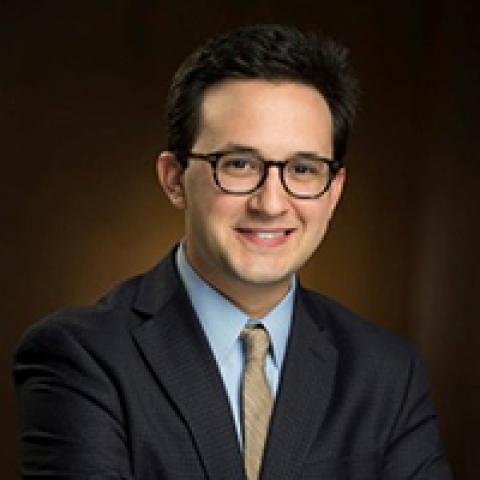 This month, King Salman bin Abdul-Aziz Al Saud began the overture, dramatically restructuring the Saudi government by consolidating government ministries and appointing new senior officials. Ali al-Naimi, the highly influential petroleum minister, was replaced with the younger former CEO of the Saudi Arabian Oil Co. (Aramco), Khalid al-Falih. Even the name of the ministry changed, from the Ministry of Petroleum and Mineral Resources to the Ministry of Energy, Industry and Mineral Resources. Mohammed wants you to know that he means business.

These moves raise questions about the fate of Saudi Aramco, the kingdom's national petroleum and natural gas behemoth based in Dhahran. Saudi Aramco's financials have never been publicly disclosed, but its value has been estimated to be as high as $10 trillion. Mohammed, speaking with Al-Arabiya, noted that the government will "offer a share of less than 5% in the market," easily making it the largest initial public offering (IPO) in history.

Admittedly, the idea of a Saudi Aramco IPO would make many energy investors giddy, but consider the reality — that this is a stake in a state-owned hydrocarbon company of a government that is actively trying to disengage from the hydrocarbon sector. Herein lies the conundrum: What is the motivation behind the proposed IPO, and what benefit would one have in investing? What's the catch, really?

An IPO this large must be handled carefully, after all. Only the largest markets would be able to handle the weight of Aramco investments. A recent Economist interview with Falih already hinted at some trepidations with introducing the company on the New York stock markets, warning of "unintended consequences" such as "frivolous lawsuits [in New York]."

Falih was presumably referring to fraying US-Saudi relations in the face of congressional legislation that would allow the Saudi government to be held responsible for the attacks of Sept. 11, 2001. Publicity for the bill has only been accelerated by the possible disclosure of the "28 Pages," a redacted portion of the 2002 Joint Congressional Inquiry that purportedly describes links between members of the Saudi government and the terrorists. Despite US President Barack Obama's tacit lobbying against the contentious bill, Saudi Foreign Minister Adel al-Jubeir threatened to sell up to $750 billion in US securities and assets if the bill moves forward. Much to the kingdom's chagrin, the bill passed by voice vote in the Senate earlier this month.

Yet this saber-rattling from the House of Saud would only hurt them in the long term, as Petersen Institute economist Joseph Gagnon said recently, "because it would reduce the value of their own holdings, and … cause a lot of consternation on the financial markets." The Saudis don't want to be seen as the impulsive force that throws the markets into disarray because it contrasts with their long-standing image as a center of political stability in the Middle East.

Yet the kingdom's projected image of enjoying domestic political stability remains questionable in some policy circles. The royal family's squabbles have become increasingly public, worrying some allied countries about who is steering the conversation. The Saudis' own investments in infrastructure and education have paved the way to more world-class urban centers and universities, but beyond the oil industry, the jobs aren't there for younger Saudis. To add insult to injury, the oil industry is glutted with foreign workers — Saudi Arabia ranks third in the world with the largest population of expatriates, a whopping 10.4 million. On the topic of women in the work force, Mohammed said, "[Saudi women are] not used to being working women. … It just takes time." This statement, however, still does not recognize that alleviating the kingdom's dependence on an oil economy and improving women's rights are not mutually exclusive. How can Saudi Arabia begin to diversify its investments without considering the diversity of its citizens?

With respect to diversifying their portfolio, the kingdom's past investments into alternative energy sources amount to a drop in the bucket. The Saudi Electricity Company serves as the monopolistic utility company keeping the lights on in Saudi Arabia, producing power by burning oil, a long-abandoned and noxious process that has a carbon footprint the size of Godzilla's shoe. The Atlantic reported last year that Saudi Arabia burns nearly 25% of the oil it produces, and that consumption rises at a rate of 7% each year. Compare these statistics with the Saudis' vision of a solar future by 2030 — when it currently constitutes 0% of their energy sources. That future doesn't seem so sunny.

To hear Mohammed speak about Vision 2030, it sounds less like a case of teaching an old dog new tricks (or rather teaching a Saudi kingdom how to manufacture photovoltaic cells) than starting from square one. The question is how this dilemma is supposed to persuade foreign investors to invest in Saudi Arabia, especially in the face of so much uncertainty in the energy markets. What is the benefit of Saudi Aramco's public offering if its future is still to be determined? If you want everybody to come to such a fun party, why do you want to leave so soon?

It could be because the party stopped being fun altogether. It doesn't help that the jobs crisis is lowering morale, especially with the recent news that the Saudi Binladin Group, the kingdom's largest construction company, would be laying off more than 77,000 workers. And it certainly hasn’t helped that the kingdom's foreign policy decisions, motivated by a fear of Iranian expansionism, have led to questionable results. The intervention in the Syrian civil war has led to the arming of groups that have cooperated with al-Qaeda's Syrian affiliate. Riyadh's recent proxy war in Yemen has led to what The Guardian calls a "humanitarian disaster," and verges on being financially damaging as well, costing the kingdom as much as $200 million each day at its peak.

Surely, Saudi Arabia already recognizes this — these aren’t new arguments. Blitzes of crisis communications consultants have been funneling into Saudi government networks, dealing with issues ranging from allegations of state-sponsored terrorism to an uptick in public executions. These public relations crises may be part of the reason the House of Saud is now willing to have a younger face represent an age-old institution. It may very well be the reason that Mohammed is more willing to consider slackening the social strictures that are preventing its people from operating to their full potential.

Yet it seems that Vision 2030 may be a "trompe-l'oeil," a shiny incentive for wealthy foreign investors to buy a stake in the so-called stability of the kingdom, and to distract from the policies that have stopped working entirely. The party has to end sometime.