How one professor poked Israeli establishment in the eye

Despite criticism by the Israeli right, the prestigious Israel Prize has been awarded to David Shulman, the co-founder of the anti-occupation NGO Ta'ayush. 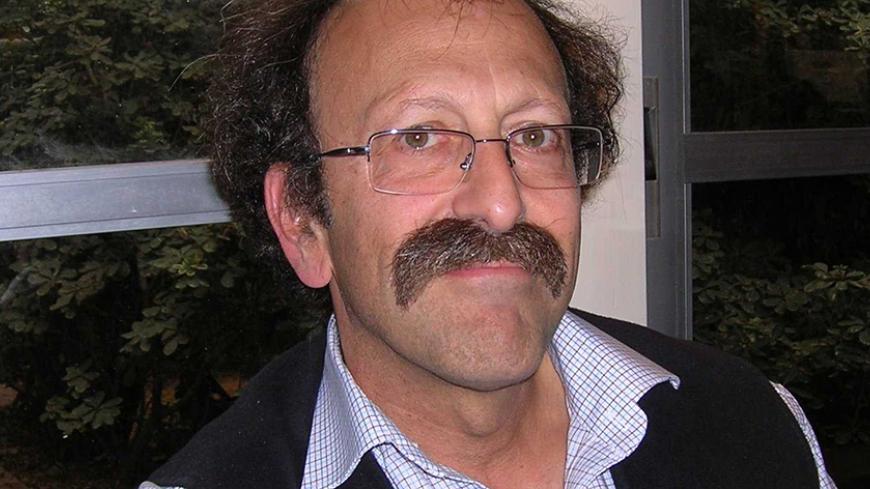 David Shulman, the founder of the joint Israeli-Palestinian peace movement Ta'ayush, is pictured in his office, Jan. 1, 2008. - Wikimedia Commons/Tzahy Lerner

When professor David Dean Shulman won the Israel Prize, his admirers called his decision to donate the 75,000-shekel ($20,000) prize to anti-occupation organization Ta’ayush "sweet revenge." Other anti-occupation activists contend that the leading researcher of religion and philosophy chose a creative and intelligent form of protest to reconcile the ethical dilemma the prize presented him. On the one hand, as an opponent of the occupation, accepting the prize at all might be construed as reneging on his worldview in front of the Israeli establishment. On the other hand, rejecting the prize and refusing to shake the hands of Prime Minister Benjamin Netanyahu and Education Minister Naftali Bennett on Independence Day would look as if he were making himself a pariah.

Established jointly by Shulman and his colleague Gadi Elgazi during the start of the second intifada in 2000, Ta'ayush — "living together" in Arabic — set a goal of protecting the basic rights of Arabs in the territories and Israel. The organization is very active in dealing with the appropriation of Palestinian lands by the state as well as the displacement of the Bedouin.

Over the past several months, the radical right-wing movement Ad Kan has waged a much-ballyhooed campaign against Ta'ayush. Disguised as leftist activists, some of the movement's members allegedly joined Ta'ayush to expose its methods of operation. One of Ta'ayush's most prominent activists, Ezra Nawi, was portrayed in the material Ad Kan provided to the media as someone who exposed Arabs who sold lands to Jews and handed that information over to Palestinian Preventive Security. Ad Kan alleged that some of the Palestinians whose identities were revealed to the Palestinian security forces were later executed, though those allegations were proven to be baseless.

In his 2007 book "Dark Hope, Journal of a Ta’ayush Activist," Shulman describes his activity within the organization between 2002 and 2006. Though he describes the settlers as violent and brutal, he lays most of the blame on the state's leaders, the ones whose hands he shook upon receiving the prize. He describes an elaborate overarching system that benefits the settlers and corrupts the speech and even the thoughts of Israelis.

Under advisement by colleagues, he decided to accept the prize but chose to donate the money to an organization that Netanyahu and Bennett see as the root of all evil. The check Netanyahu handed to Shulman on May 12 was passed directly to the organization the Israeli premier is trying to stifle financially through his Transparency Act, which targets human rights and leftist organizations in Israel. There's no better way to describe the protest of the Israel Prize laureate than a poke in the eye of the Israeli establishment and right-wing organizations that have labeled him a foreign agent and traitor.

In a talk with Al-Monitor shortly before receiving the prize, Shulman said that he knew that winning it this year — just months after the widely-covered confrontation between the right and Ta'ayush — could be an embarrassing moment for him. "It calls for a distinction between the State of Israel and its leadership. Though it's difficult, such a distinction is possible," Shulman said. "I was convinced [to accept the prize] after many talks with my family, friends and activists in Ta'ayush, because at a time when we and other human rights organizations are being boycotted, delegitimized and cast as pariahs, we mustn't give up and we mustn't relinquish the entire state and its important symbols to the radical right."

The decision to donate the prize money to Ta'ayush elicited anger among right-wing organizations. Hilel Weiss, a radical member of the Academic Council for National Policy, called on Netanyahu and Bennett to abolish the Israel Prize ceremony altogether. He believes it has become too political a platform. "This is a Jewish mental illness expressing self-hate. This is Stockholm syndrome. Every person thinking of himself as enlightened identifies with the person out to destroy him."

The protest from the right was mainly aimed at Bennett, who had to explain to his constituents how he — as chairman of right-wing HaBayit HaYehudi — could entertain the idea of awarding the prize to someone who is considered by many voters a basher of Israel. Bennett told his critics, "No person should be disqualified for their views, whatever they are — left or right."

Shulman told Al-Monitor that Bennett "did the right thing," saying, "I was very happy and I'm grateful. This cannot be taken for granted. I know that he was put under a lot of pressure, which intensified when I announced that I would give the prize money to Ta'ayush. I heard and read the attacks on him. It's unbelievable. The rage was directed mainly at him, not even at me. They nearly made him out to be a Ta'ayush member."

Before the ceremony, Shulman was greatly troubled by the thought of having to shake Bennett's hand, but much more by the prospect of taking Netanyahu's. "I knew that it would be hard to shake his hand, but right now I don't feel this way. In the past he bestowed another prize, which was given to me by the Emet Foundation. I must say that I wasn't thrilled to do it, but I said something he probably doesn't remember. In the 10 seconds allotted to me I told him that he had to make peace." This time, the professor whispered nothing in Netanyahu's ear. He realized that for Netanyahu, too, this was an awkward and difficult moment.

Shulman's protest on Israel's 68th independence anniversary forced the Israeli establishment to grapple with the most intense dispute in Israeli society and the deep rift the occupation has created within it. In recent years, especially after Netanyahu's election to a fourth term and the establishment of a patently right-wing government, a direct or indirect onslaught has begun on nearly every institution, organization or public figure that does not toe the government's line. During the Israel Prize ceremony celebrating Israel's Independence Day, the protest was a stark reminder of that reality.

Among other things, Shulman was able to shed light on an organization that has worked for human rights for many years, while recently focusing mainly on the rights of Bedouin and Palestinians in the southern Hebron Hills. The Israeli media by and large and the rest of the Israeli public are not keen on knowing what's going on in the West Bank in general, especially the remote and rural south Hebron hills region. Whenever the Israeli public does debate that region and the state of human rights there, it usually happens thanks to the activities of Ta'ayush and other human rights movements.

"Our opponents and the right in general call us the radical left," Shulman said. "Whenever I get the opportunity I say: We are not radical people. If there's something radical about our behavior, it’s actually our moderation. In that sense, I hope I've exposed Ta’ayush to the media."