The Saudi efforts to forge an alliance with Egypt come in the context of Riyadh’s efforts to expand its anti-Iran coalition. But will Saudi Arabia succeed in bringing Egypt onboard? 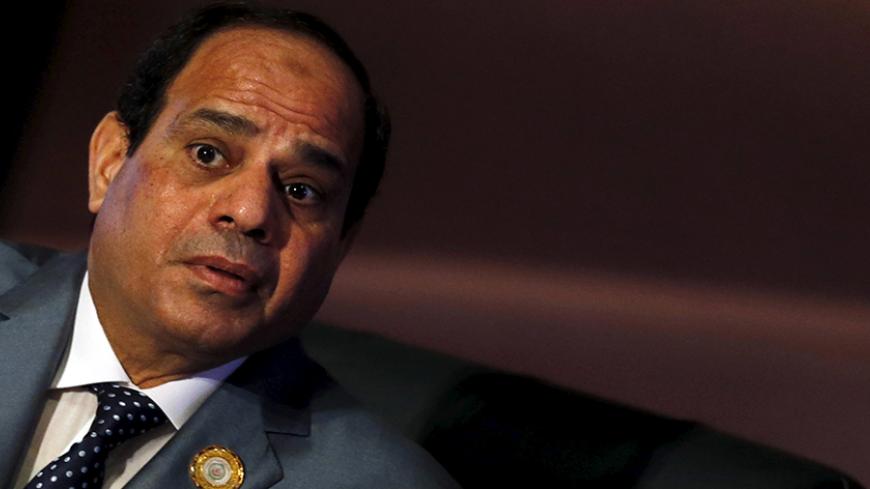 TEHRAN, Iran — Riyadh is engulfing Cairo — this was the perception when King Salman bin Abdul-Aziz Al Saud visited Egypt for five days early last month. During the visit, many treaties and agreements were signed, including the transfer of Egypt’s sovereignty over the two islands of Tiran and Sanafir to Saudi Arabia. Thousands of Egyptians took to the streets to protest the island transfer. More broadly, many questions were raised about the timing and the meaning of the visit.

Saudi policy toward Iran is currently making up the core of its foreign policy. As such, Riyadh’s regional diplomacy and maneuvering should be seen in that context, which is supposed to widen and enhance its regional strategic choices. Egypt is, meanwhile, more focused on combating terrorism and instability in the Sinai Peninsula and Libya, while enhancing its economy.

Tehran favorably perceives Egypt’s potential role in the Middle East. For Iran, a more independent and active Egypt that can squeeze the Saudis is nothing to be worried about. History tells Tehran that Egypt's assertive role in the region is not tolerated by Saudi Arabia. That in turn tells Tehran that a more active Egypt would mean a more balanced Middle East — or at the very least, more balanced Arab politics.

Although Egyptian President Abdel Fattah al-Sisi has focused on domestic affairs, he has been eager to demonstrate his different approach toward regional crises compared with President Mohammed Morsi, whom he ousted. Trying not to be so vocal, Sisi’s government's stance toward the Yemeni and the Syrian crises bear such differing tones that it has made the Saudis nervous in their endeavor to bring Egypt within their track. That is to say, Egypt has been trying to balance its rapprochement with Gulf Cooperation Council member states on the one hand and its independent policy toward Yemen, Syria and Turkey on the other. This balancing act is far from standing at odds with Iran's regional policy. In fact, Egypt has never been so close to Iran on Syria since Sisi became president.

Within this context, the Saudis are trying to bring Egypt onboard against Iran. They want Sisi to prioritize the so-called Iranian threat in his regional agenda. The Saudis believe this will change the regional balance of power in favor of Saudi Arabia against Iran. There have been plenty of reports indicating Saudi attempts to forge a triangle with Turkey and Egypt to counter Iran. While this is supposed to be bad news for Tehran, it has not received that much attention. Yet this does not mean that Tehran is not concerned with any sort of change in the regional balance of power. Rather, it suggests that Iran does not take Saudi–Egyptian rapprochement seriously. There are four reasons for this posture.

In general, any attempt to create a major Arab coalition against Iran in the Middle East hits a sensitive nerve in Tehran. Nevertheless, Iranian strategists are more concerned with the practical ramifications of a rapprochement between Egypt and Saudi Arabia rather than its political propaganda. For the reasons explained above, it is hard to imagine that any anti-Iran coalition headed by a Saudi-Egyptian alliance will be effective. The Saudi-led war on Yemen has shown the limits of the Saudi alliance-building potential. As such, the Saudi maneuvering toward Egypt is not expected to bring about a tangible change in the regional balance of power.