Despite countless promises by politicians, thousands of Holocaust survivors are not being taken care of. 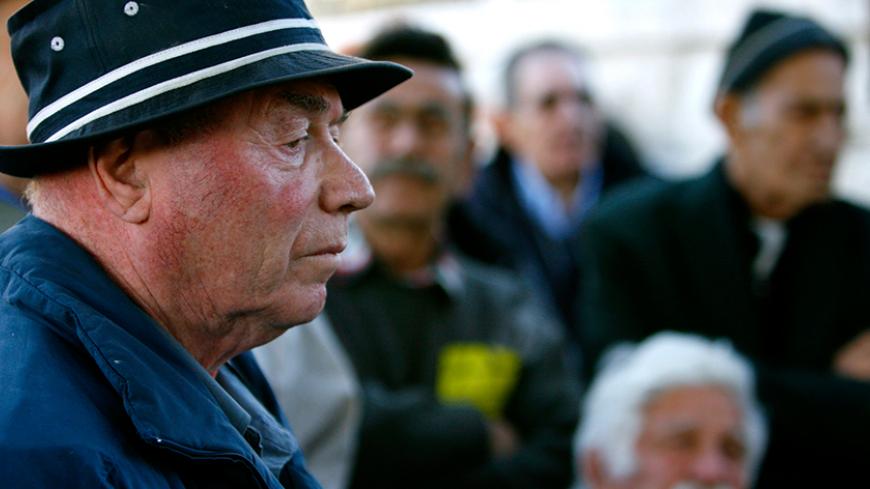 Every year, as sirens blare throughout the country marking the national Holocaust Remembrance Day, I reflect on my uncle, my aunt and the cousins I never knew. I think of my father-in-law who survived a forced labor camp in Hungary and of my mother-in-law who lived in hiding.

In recent years, a cynical politician has been taking advantage of these hours of solemn reverie to score points with the public. This year too, on the evening of May 4, the national fear monger, Prime Minister Benjamin Netanyahu, was true to his tradition of trivializing the Holocaust. Once again he sprinkled his speech at the official memorial ceremony with demagogic comparisons between the Nazis and Iran, between the incitement against helpless European Jewry and the incitement against Israel the occupier. Yet again he presented the great Zionist enterprise as a retaliatory operation against the Nazi annihilation enterprise.

At last year’s ceremony on April 2015, the prime minister outdid himself when he told participants how a survivor had implored him to prevent another Holocaust. “I responded: 'That is exactly how I see my responsibility. That is exactly how I see my responsibility.’” Speaking at the annual ceremony at Yad Vashem in 2013, Netanyahu mentioned Iran no fewer than four times so that we would know that “in every generation we must see ourselves as if we have survived the Holocaust.” And so, a nation that lives under a constant threat of another Holocaust obviously needs a strong leader, a leader who will not hand out lands to Arabs, a leader who is even willing to quarrel with the American president in order to prevent Iran from annihilating Israel.

Over the past few years, a fairly new tradition has been added to Holocaust Remembrance Day: The media features empty refrigerators of elderly survivors and the politicians promise that survivors will “never again” be poor — even though 45,000 of the estimated 189,000 survivors subsist below the poverty line. On the 2013 memorial day, Netanyahu announced that the government had decided to allocate additional resources for the survivors’ welfare, care and medications, “and we will add as much as needed, with an open heart.”

Al-Monitor sought to find out whether the situation of the survivors had improved in recent years, or whether the memorial day has been utilized to spread empty promises in addition to spreading gratuitous fear among the public. We spoke this week with former Labor Party Knesset member Colette Avital, chairwoman of the Center of Organizations of Holocaust Survivors, an umbrella group for more than 55 organizations dedicated to improving the welfare of the survivors and preserving the memory of the Holocaust.

In order to illustrate the attitude of elected officials to the issue, Avital described a meeting held between members of the survivors’ lobby and Netanyahu when he served as finance minister. “His answer to our request for additional aid for the survivors was, ‘What do you want? We’ve done enough for Holocaust survivors.’” Avital said that the Finance Ministry used to “really abuse” the elderly, dragging out their compensation claims in the hopes that they would die in the meantime. The change, she added, came about following a protest she organized in 2007, a week before Holocaust Remembrance Day. “We met with then-Prime Minister Ehud Olmert. He pledged to the survivors that he would no longer just stand at attention when the sirens go off and deliver speeches. And indeed, he established the Holocaust Survivors Authority and the attitude changed for the better.”

Nonetheless, Avital noted that in addition to the 45,000 survivors subsisting under the poverty line, there are thousands of elderly Israelis not eligible for state support because they are not covered by the legal definition of survivors. “There are 80,000 immigrants from the former Soviet Union who fled into the woods, and thanks to the generosity of the Claims Conference they got a lump sum of 2,500 euros [$2,875],” she said. “Those who were in so-called open ghettoes, in forced labor camps, and those who endured pogroms in Hungary and Romania only get 3,600 shekels [$950] a year. They are not entitled to free medications and have to make do with old-age benefits. The law on property restitution entitles the needy survivors designated by the finance ministry to 6,000 shekels [$1,583] a year. Of course, this is hardly enough for a life of dignity.”

''The government does allocate 4 billion shekels [$1.055 billion] annually for the payment of pensions, medications and local tax rebates for survivors,'' explained the chairwoman of the umbrella organization. “The problem is that it’s never quite enough. One minister blames the other for foot-dragging and inactivity, and there are tensions between the various ministers. We are afraid that the allocation of funds to survivors’ organizations is tinged with political considerations and favoritism.”

Avital said, “It’s high time for people to understand that these poor souls cannot wait. There are other elderly Israelis who are poor, but the elderly survivors have to contend with reliving all their traumas, in addition to the difficulties of old age. They deserve to live out their last years with dignity. Instead of patchwork benefits, the government must put together an integrated plan to deal with problems of housing, caregiving and also the problem of loneliness, which is one of the hardest issues that trouble the survivors. One cannot just remember them on the eve of Holocaust Remembrance Day and send them food baskets on the eve of Passover.”

Germany has paid tremendous sums — to the tune of 70 billion euros (about $79 billion) — over the years to Israel and Holocaust victims, above and beyond its commitments. But the survivors’ organizations are forced to hit them up for more. Avital recalled that on several occasions she was sent to Berlin to ask the Germans for more money by Israeli finance ministers who said, “We are not to blame. Let the Germans pay.” According to Avital, Germany recently significantly increased funding to provide additional caregiving to disabled elderly survivors, but the Germans have troubles of their own these days stemming from the need to deal with the refugees flooding Europe. “It seems to me they’re starting to get tired of us,” Avital sighed.

Holocaust Memorial Day was not intended as an occasion to beg for handouts from Germany, nor to scare Israelis about a new Holocaust or to regale the public with tales about the heroism of Israeli soldiers or agents of the Mossad and the Shin Bet agency. As laid out by the law designating the annual Memorial Day, the 27th day of the Hebrew month of Nisan will be dedicated to “communing with the memory of the Holocaust brought about by the Nazis and their associates against the Jewish people and to the memory of the acts of courage and revolt of those days.” And anyone who takes it any further trivializes this momentous day.