Is Turkey headed for a housing bubble?

Will Turkey’s housing sector, which leads the world in price increases, continue to attract foreign investors? 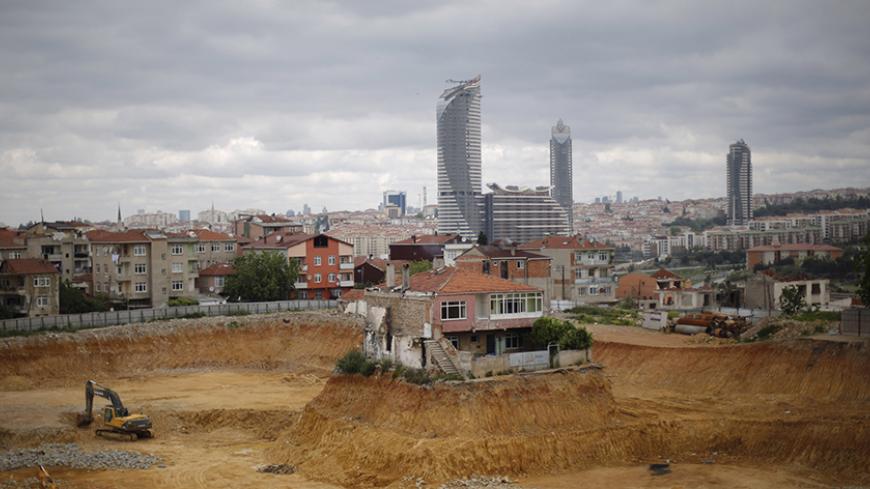 A lone house is seen at a construction site of an urban transformation project in Fikirtepe, an Istanbul neighborhood, in the Asian part of the city, May 7, 2014. The house belongs to a family who has refused to give its approval for the demolishment of the building, bringing the transformation project to a standstill. - REUTERS/Murad Sezer

Over the years, the only sector in Turkey that hasn’t disappointed investors seeking high returns has been housing. The trend continues, although there are fears that it may be a bubble that could burst soon.

According to Central Bank data, housing prices in Turkey in January 2016 went up 17.5 % compared to January 2015. And the increase in Istanbul prices is about 22%, making Turkey the leader in the global list of housing prices.

According to Knight Frank’s “Global House Price Index 2015” report that compares 55 countries, Turkey is the country with the fastest rate of housing price increases with 18.4%.

What makes everyone wonder is why do the housing prices continue to climb at this pace despite the political and economic turbulences the country is experiencing?

The Knight Frank report notes Turkey has a strong population base that links East and West and is increasingly recognized as a safe harbor by Middle East investors.

The leading factor that contributes to the price increase is the interest shown by foreign investors, especially those from the Middle East. Some of that interest can be attributed to the migration from Syria, the rest from investments. About 3 million Syrian refugees who have entered Turkey are the leading factor of the boom in housing demand and rent. The demand created by Syrian refugees in cities naturally increases rent, therefore, it increases the price of residences.

Not to be overlooked is the heavy demand from Iraq, Kuwait, Saudi Arabia and Iran for investments or simply places to live. According to official statistics, the sale of residences to foreigners in 2013 increased by 15%, as compared to 2012, and reached 22,991. Iraqis lead the list of investors with 18.4% of the sales, followed by Saudi Arabia by 11.8%, Kuwait by 9.2%, Russia by 8.8% and Iran by 4.6%.

The increasing demand trend continues in 2016. Sales of residences to foreigners in the first two months of the year are 15% more than last year. The list is again headed by Iraq, Kuwait and Saudi Arabia. Burak Kanli, an economist at Finansinvest, agrees that in addition to a growing, young population, the Syrian refugee wave and increasing demand from the Middle East play roles in higher housing prices. “Rents skyrocketed in cities like Istanbul because of the Syrian refugees. But you should not ignore that there is much interest from countries like Iraq and Iran where people think they may have a better life in Turkey and have their children educated in better schools,” Kanli said.

But Kanli also referred to urban transformation projects that renovate old houses in cities that also contributes to the increasing demand, therefore the prices.

The question that must be asked, then, is “Can this trend continue?” Economist Kanli doesn’t think so. Kanli says increases in housing prices are currently a global phenomenon because of easier credit policies of central banks. “But there is an end to this. Increasing interest rates will slow down the price increase. We can see this in Turkey in the next couple of years,” he said.

Kanli thinks, however, the slowdown in Turkey will not be as much as in other countries: “Turkey has a young, large population. There will be high demand for housing.”

Ahmet Buyukduman, known for his assessments of Turkey’s housing sector, spoke to the claims that Turkey is experiencing a housing bubble. “I don’t see a bubble or a problem with housing prices. But Istanbul is different. Here, prices are devoid of economic rationality. Istanbul is the least advantageous city to buy a house, and this pace of price hikes cannot be sustained,” he told Al-Monitor.

What about the political turmoil Turkey is going through? Sector experts say terror events have been negatively affecting the foreign perception of Turkey. “With the terror incidents, those thinking of buying in Turkey are concerned. At this time, the perceptions are very negative,” Ugur Dumankaya, the head of the executive board of Dumankaya Construction, told Al-Monitor. He said their sales to foreigners that used to be 30-35% are now down to 5%. He added this tendency is continuing for the time being and may need months to improve.

These are the major risks the Turkish housing sector, once the safe harbor of Middle East investors, is facing: increasing interest rates, belief that the price hikes are not sustainable, a slowing economy and increasing political turmoil caused by terror events.