Will Ankara’s new culture plan lead to more censorship of the arts? 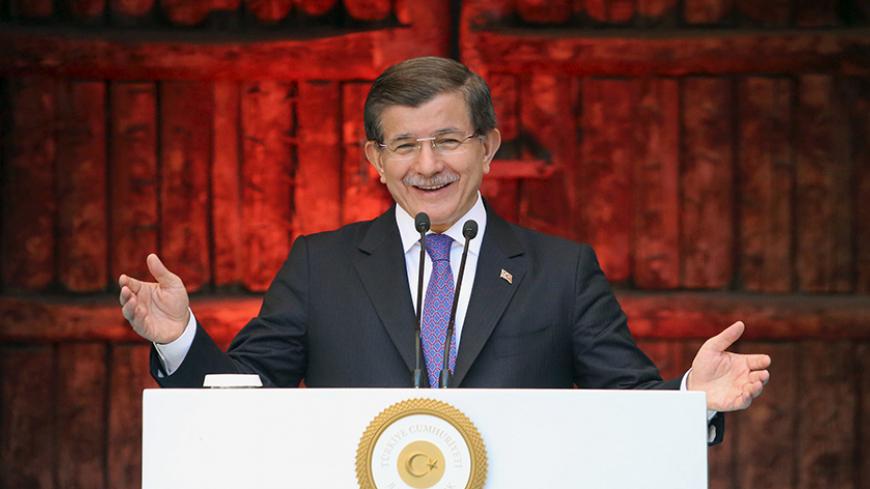 On April 21, Turkish Prime Minister Ahmet Davutoglu revealed the long-awaited sustainable cultural development plan in Ankara. The program, commonly referred to as "culture package," has been in the works for over four months. Davutoglu’s one-hour introduction of the plan generated more questions than answers. He suggested, for instance, that it was the responsibility of artists in Turkish society to act as amicable peacemakers. At one point during his speech he said, "When a society is approaching a crisis, you [artists] should be the light of hope. You must stand against polarization, you must spread a unifying language."

It is difficult to comprehend how the arts could serve such statist goals. Davutoglu also had some concrete suggestions, one of which is building a library and theater in each city. Although the idea may seem quite exciting, when we think about the Justice and Development Party's (AKP) decadelong promise of "a university in each city," one cannot help but be concerned. The AKP has managed to complete the construction of college buildings in almost every city, but this is hardly sufficient to claim that the quality of college education in Turkey has improved. The plan promised more buildings and construction, and Davutoglu said Ankara needed better museums and that each city will be renovated true to its cultural roots. No further details about this cultural renovation plan was disclosed.

The financial support the state provides for theater, opera and ballet has been a sensitive and much misunderstood subject, and an ongoing debate in Turkey. Akbulut argues that although Unal is right in saying that artists should not be state employees, the current laws do not suggest that they are. Rather, they are employees with a special status. The argument is in regard to whether providing financial support means having control of the artists' creations.

Davutoglu was careful not to touch on this sensitive subject when he announced the sustainable cultural development plan. He only said, "We will provide 9 million liras [roughly $3.2 million] in 2016 for private theaters and 50 million liras [roughly $17.8 million] for young aspiring artists." To put it in perspective, the Turkish government spends twice as much on religious services than on the arts and culture.

As Davutoglu finished his speech, Orhan Gencebay, one of the most well-known music icons of Turkey, said he was grateful to learn about possible retirement plans for artists, but he was also worried about counterfeit products and copyright protection for artistic production. The figures he provided indicated that artists make little to no income from their own creations. Davutoglu said that they will take note of all the complaints and resolve them.

One cannot help but ask why such a pervasive problem was not even mentioned in this extensive plan to begin with.

Reactions to the sincerity of this ambiguous "cultural package" with grandiose promises were irresolute and critical. Prominent human rights attorney Erdal Dogan did not mince his words when he told Al-Monitor, "Looking at the plan of hiring new employees [while aiming to cut the funding for state theater, ballet and opera] and constructing new buildings, we see that the plan is great news for the crony AKP civil servants and contractors. Will art or cultural values benefit from this package? Based on their track record this is difficult to say. Remember when the AKP decided to renovate the libraries? They sold old books based on their weight for a few pennies to scrap yards."

Dogan was also critical of Davutoglu’s plan to renovate cities with cultural touches. Davutoglu has complained extensively about the effects of haphazard and ugly urbanization projects. Dogan agreed with this and asked, "Who is to blame for this? For example, in Istanbul who is responsible for the destruction of several cultural landmarks in order to build shopping malls and generate lucrative investment opportunities? How can we be excited about new museums when all the talk is about the construction and not the content of the museum?"

Zeynep Altiok Akatli, deputy vice chair of the main opposition party — the Republican People’s Party — also has major concerns about the plan. Akatli told Al-Monitor, "It is ironic that a prime minister who defines artists as 'those close to us' and 'those who are not' — thereby contributing to polarization himself — is calling on artists to fulfill their national duty and to calm down the public. What I see is even though the program is named 'culture package,' culture is missing from the package. Support for private theaters is of course good on paper, but it is not new. We have seen that the government provides this support in an arbitrary fashion to the theater companies it approves. At the same time, established actors, dancers and opera singers are losing their jobs and government funding. Davutoglu said, 'You cannot politicize the arts,' which should protect artists from arbitrary government interventions. But on the contrary, it leads to further censorship of the arts."

Akatli, whose late father was a prominent poet, has been vocal about the suffering of artists under the AKP's control. She said, "In 2015, several movies and documentaries were censored, and concerts were canceled; books became a crime tool. While Davutoglu talks about the scents of books as mesmerizing, we see that books are being banned in today's Turkey under his rule. Several artists are under investigation. The government is scared of art, because art is about freedom."

Akatli also highlighted that although Davutoglu was praising cultural values and criticizing urbanization, several cities with antiquities are being destroyed by newly constructed dams. "For a dam that lasts 50-60 years, the AKP is destroying remnants of ancient civilizations," she said. So can we really take the AKP’s passionate rhetoric about conserving historical values seriously?

Indeed, the package fell short of the expectations of even the pro-AKP artists and pundits. Over the last decade, the AKP has alienated several prominent artists in multiple fields: sculpture, ballet, dance, literature, theater, satire and cinema, just to name a few, by not only curtailing their funding but also denigrating the work they are involved in. Now, with increasing censorship and spreading Islamism in Turkey, one cannot help but wonder how a state-sponsored sustainable cultural development plan can ever benefit independent artists and art lovers.