How the once-moderate Likud was radicalized

Over the past few years, the Likud has abandoned its image as a liberal, center-right party, becoming more radical and identifying with the extreme Israeli right. 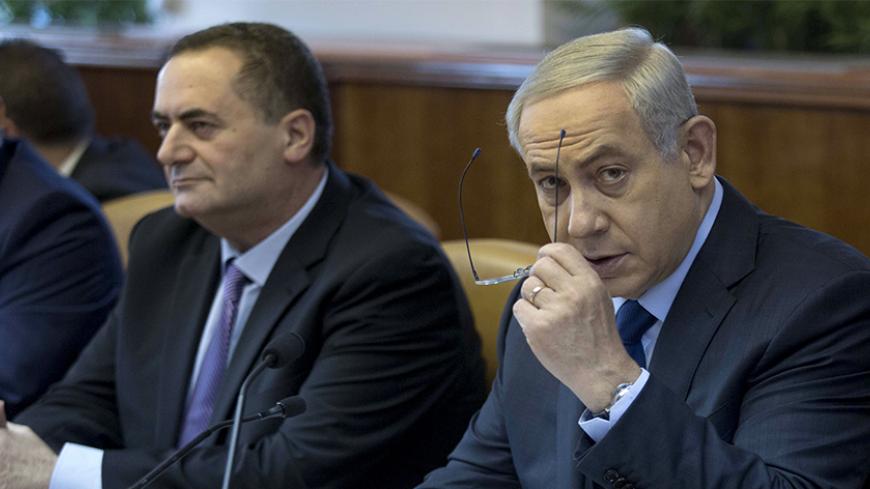 On the eve of the 2009 general elections, Prime Minister Benjamin Netanyahu, then the chairman of the opposition, was able to enlist a slew of “stars” into the ranks of the Likud. Among them were the party’s erstwhile secessionists Dan Meridor (the son of Eliyahu Meridor, a leader of the pre-state resistance movement) and Benny Begin (the son of late Prime Minister Menachem Begin), referred to as the "princes" for their political lineage, as well as Defense Minister Moshe Ya’alon, by then a former chief of staff. Considered upstanding statesmen, these figures enjoyed wide public respect, awarding the Likud, headed by Netanyahu, some much needed momentum and relevance.

During that campaign, Netanyahu wanted to present to the public a popular and soft-core right-wing-leaning party. To this end, he pulled out all the stops to prevent far-right Likud member Moshe Feiglin from being elected to a realistic spot on the party’s slate. Netanyahu believed that if Feiglin, considered a radical right-wing settler, did win a spot on the list, the party would lose about four Knesset seats.

In the following elections in 2013, Feiglin secured a realistic spot on the slate (ranked 23) and became a Knesset member. In that campaign, the so-called princes found themselves drummed out. Begin and Meridor were punished for trying to defend the rule of law.

The Likud slate was painted at the time in radical right-wing colors, and not just because of Feiglin. Other Knesset members associated with the settlers, such as current Minister of Immigration and Absorption Zeev Elkin, Tourism Minister Yariv Levin, Israel's UN envoy Danny Danon and Deputy Minister of Foreign Affairs Tzipi Hotovely, were also ranked relatively high.

Surprisingly, Feiglin turned out to be a rather low-key lawmaker who did not stir the pot. He preferred to deal with road accidents instead of tackling ideological matters, and this focus could be why on the eve of the March 2015 elections Feiglin was unable to secure a realistic spot on the party slate, leaving the Likud and vanishing into thin air. Netanyahu, however, found himself with a Likud whose top leaders were turning out to be just as right wing as the man he had persecuted for years, arguing that he would chase away centrist and soft-right voters.

This introduction is necessary to explain just how much the Likud has transformed. It appears that in recent months — since the outbreak of the wave of terror in October — the process of turning the Likud from a liberal right-wing party into one with a clear radical right orientation is nearing completion.

The change is most conspicuous in the party’s top leaders and ministers, who too often sound like clones of HaBayit HaYehudi Chair Naftali Bennett.

In previous years, when the turn to the right was still gradual, several Likud ministers such as Meridor, Begin, Michael Eitan and Limor Livnat stood out like beacons, effectively upholding the party’s liberal underpinnings. They stood as bastions against antidemocratic legislative initiatives designed to weaken the power of the Supreme Court. Now, in 2016, there is no one to stop the populist and problematic suspension law, the objective of which is to curtail the power of Arab-Israeli lawmakers.

But this is about more than legislative initiatives. When the Hebron shooting scandal erupted March 24, no Likud member stood up to defend Chief of Staff Gadi Eizenkot, who has become the object of unbridled incitement simply for having reacted appropriately to the incident, in which an Israeli soldier appeared to deliberately execute a subdued Palestinian attacker.

No one also stood up for Defense Minister Moshe Ya’alon, who has become the right's new punching bag. In Ya’alon’s case, fellow senior party members, motivated by political aspirations, fire arrows at him either openly or behind his back, instigating the settlers against him while siding with the soldier. On April 6, Israeli daily Yedioth Ahronoth printed an article claiming that radical right-wing Likud activists explicitly threatened to wipe out the defense minister during the party’s primary.

Outdoing everyone else, Netanyahu ditched Ya’alon to bleed on the political playground. The premier, realizing where the public wind was blowing, called the soldier’s father to commiserate with his angst.

This is the face of the Likud in the spring of 2016. There’s hardly a remnant of the proud and popular liberal party whose revered leader, the late Prime Minister Menachem Begin, signed the peace accord with Egypt in 1979, the leader who wholeheartedly believed in equal rights for the Arabs, in the supremacy of the judiciary. The one who intrepidly defended the honor of the Israel Defense Forces and the chief of staff.

The Cabinet meetings, too, suggest that the prime minister has lost control over his party. All too often, the discussions — leaked to the media for PR purposes — sound like a competition between Likud ministers and their counterparts from HaBayit HaYehudi, all vying for radical right-wing constituents. It seems that all the Likud ministers want is to pass as security oriented, holding a commando knife between their teeth. But what they really want is to show Bennett that they are more resolute than he is.

A case in point is that of Elkin, who recently joined the Security Cabinet and has been talking about the collapse of the Palestinian Authority. He does so in public interviews, despite such statements undercutting attempts to calm the situation.

Even Yisrael Katz, the minister of transportation and intelligence, often — and in contrast to the defense establishment’s moderate approach — addresses security issues in a way that adds up to incitement. Constantly clamoring for closures, blockades and collective punishments against the Palestinian population, he uses a condescending and offensive tone toward Palestinian leaders. When, for example, Palestinian Soccer Federation President Jibril Rajoub sought to have Israel suspended from FIFA, the world’s football governing body, he wrote on Facebook, “Now’s the time to imprison him in the Muqata and let him play hackysack with his pals.” Somehow Katz always manages to sound like a fulminating, radical online commenter rather than a senior minister. When your mission is to be No. 1 in the primary by wooing radical right-wing voters, it seems that anything goes.

Katz and his comrades — the likes of Hotovely, Culture and Sports Minister Miri Regev and Minister of Science and Technology Ofir Akunis — are riding on the coattails of terrorism, aiming for the soft underbelly of their fellow Likud members as well as the public in general, which at times like these naturally leans to the right. Along the way, in the name of populism, they are fundamentally changing the party’s character.