The Israeli Ministry of Tourism has released a map of Jerusalem’s Old City that omits many Christian and Muslim sites, fueling claims that Israel is trying to politicize tourism in the holy city. 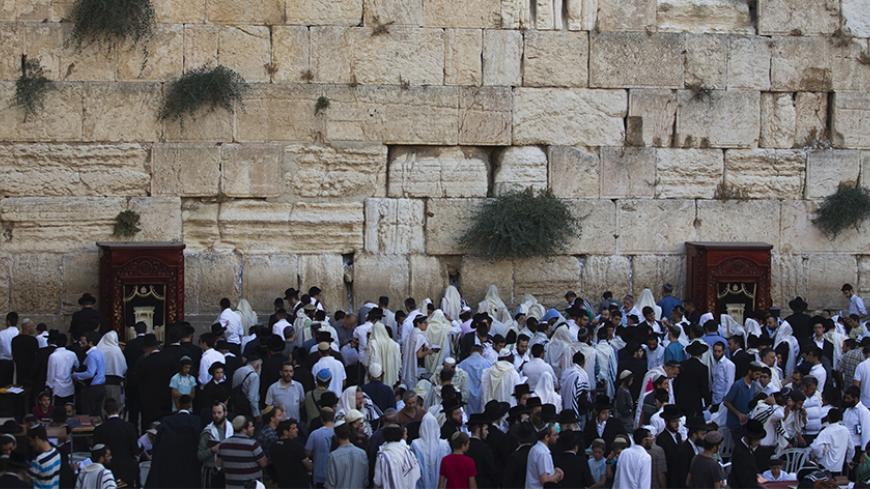 Israel’s constant attempts to turn the city of Jerusalem into an exclusively Jewish city have taken an unusual turn with an attempt to politicize tourism.

A map of the Old City of Jerusalem issued by the Israeli Ministry of Tourism in March attempts to reinforce this twisted narrative by trying to deny the physical reality of Jerusalem. The map underreports Christian and Muslim sites while overexaggerating Jewish locations.

Of the 57 sites on the map, only one Muslim site and five Christian sites are identified. The Israeli daily newspaper Haaretz referred to the absurdity of the right-wing Israeli tourism’s effort in an article on April 4: “Where the map key gets truly absurd, however, is in its list of all the buildings occupied by Jews in the Muslim Quarter. Of the 57 sites marked by number on the map, no less than 25 of the Jewish sites named such buildings — along with synagogues and yeshivas — that have never been heard of, even by experienced tour guides.”

Raed Saadeh, the head of the Jerusalem Tourism Cluster, a consortium that attempts to defend Palestinian tourism, told Al-Monitor that the Israelis are trying to limit representations of Jerusalem in a way that only reflects Jewish identity.

He said, “We consider Jerusalem a global city. No other city has so many stakeholders from the major religions around the world than Jerusalem.” Saadeh added that the Palestinians continuously attempt to reflect the true diversity of the city. “In all our publications, maps and packages, we try and stress the thousands of years of diversity of the city, and for us the main basis of all our effort is the human element.”

Saadeh conceded that the Israelis have the upper hand. “They are desperately trying to claim some kind of Israeli diversity rather than the reality of a multicultural city that everyone should be proud to showcase,” he said.

Jordan’s Minister of Tourism and Antiquities Nayef al-Fayez told Al-Monitor that the attempt to monopolize Jerusalem will not work. “The attempts to divert Jerusalem to one group or one faith is not helpful. Jerusalem is holy for the three monotheistic religions and is rich with many sites for Muslims, Christians and Jews. For us, Jerusalem is important to all.”

Israel has conceded a special role for Jordan regarding the future status of Jerusalem in the 1994 Jordan-Israel peace treaty. The Palestinian leadership has also appropriated a special place for Jordan and the Hashemites for issues relating to the holy places in Jerusalem. Palestinian President Mahmoud Abbas signed in March 2013 a historic agreement giving Jordan the legal and political right to “safeguard Christian and Muslim holy sites” in Jerusalem.

Jamal Ghosheh, the former director of the Palestinian National Theater and current president of Al-Ahli club, told Al-Monitor that the map of the Israelis follows similar Jewish attempts to Judaize Jerusalem and delegitimize its Islamic and Christian holy places. Ghosheh said the Israelis have been able to do what they are doing because the field is empty for them. “All the efforts of the Islamic Waqf authorities are now focused on this daily provocation, and as a result we have little or no one paying attention to promoting the wealth of Islamic sites in the Old City,” he said.

Lutheran Bishop of Jerusalem Munib Younan told Al-Monitor that the Israeli Tourism Ministry’s action is a reflection of lack of respect. He said that while the Lutheran Church of the Redeemer’s tower appears in the skyline of the city and on the tourism map, the Israeli Tourism Ministry didn’t identify the church on the map. “I personally feel it is lack of respect of holy places to all. It gives bad signals, and we in Jerusalem look at all religious locations. We want everyone to respect the historic status quo," he said. "All governments since the beginning of the 20th century have respected this religious status quo.”

The publisher of Palestine This Week, Sani Meo, who proudly talked about being a lifetime Jerusalemite, told Al-Monitor that the Israeli map should be withdrawn. “It is highly unlikely that the omission of Muslim and Christian sites is an oversight. One can only deduce that this is intentional, which in turn goes with the official policy,” he said.

Rami Fellemon, a tour guide and teacher of biblical archaeology, told Al-Monitor that the Israeli action is a step in the wrong direction. “I think they are making tourism a political issue, and this is not fair to Christian tourists — especially as they are the majority of tourists coming to the Old City of Jerusalem.”

Fellemon said the Israeli Tourism Ministry hands these maps for free to tourists. “They are focusing especially on the Jaffa Gate area that leads to the Christian Quarter, with the aim of trying to promote Jerusalem as an exclusively Jewish city,” he said.

Israeli newspapers claim the Israeli Tourism Ministry will not withdraw these maps, and that the maps were drawn in conjunction with individuals they said were tourism experts.

The struggle for Jerusalem has taken different forms. In addition to land expropriation and the massive settlement activities, the Israelis have attempted to drive Palestinians out of the city and make it more Jewish. The latest right-wing Israeli tourism efforts are seen by Palestinians as yet another form of this attempt to appropriate the holy city to a particular faith and monopolize it for Israel’s political ambitions. It is not clear whether such efforts will gain traction or fail, as a more aware and educated international public is not that easily fooled.